Why do my FQP30N06L MOSFETs keep dying after being powered up only a few times?

I am having an issue with my circuit. Specifically, with the FQP30N06L MOSFETs failing after only a couple of runs (a run being powering the circuit).

I'm using a 24V DC power supply and originally had a 3V Arduino running the program, but I switched it to a 5V in the hopes that this would solve the issue (it did not). Each MOSFET is connected to a KVLA105-5P 1" x 4" heater element, that's supposed to turn off once it reaches a set temperature.

What tends to happen is either it won't stop or it won't heat up at all (I've had both happen a number of times, right now it's not heating up). I checked the pins on the Arduino and they're behaving normally (high when heating, low otherwise). If it's heating but not stopping, the voltage across the heater is around 24V and if it's not heating at all, the voltage is zero. It does not get hot in either scenario.

I've updated the schematic as well as added images of the board. In the original schematic I had the gate grounded and the source hooked up to the Arduino. This configuration did not work as in there was no measurable difference between having the transistor or removing it entirely. Troubleshooting-wise I've replaced the 3.3V Arduino with a 5V one and added a level shifter (the screen runs on 3.3V logic), I've tried switching the power supply (have used both a wall connection via power jack and a standard external DC power supply) from 12V to 24V. I have tried adding each component one at a time and everything worked until I moved it to the system (I was testing using a different set of heaters but even when I move it back to those it no longer works) Right now, it is not heating at all and both of the leads to the heater are measuring 24V. 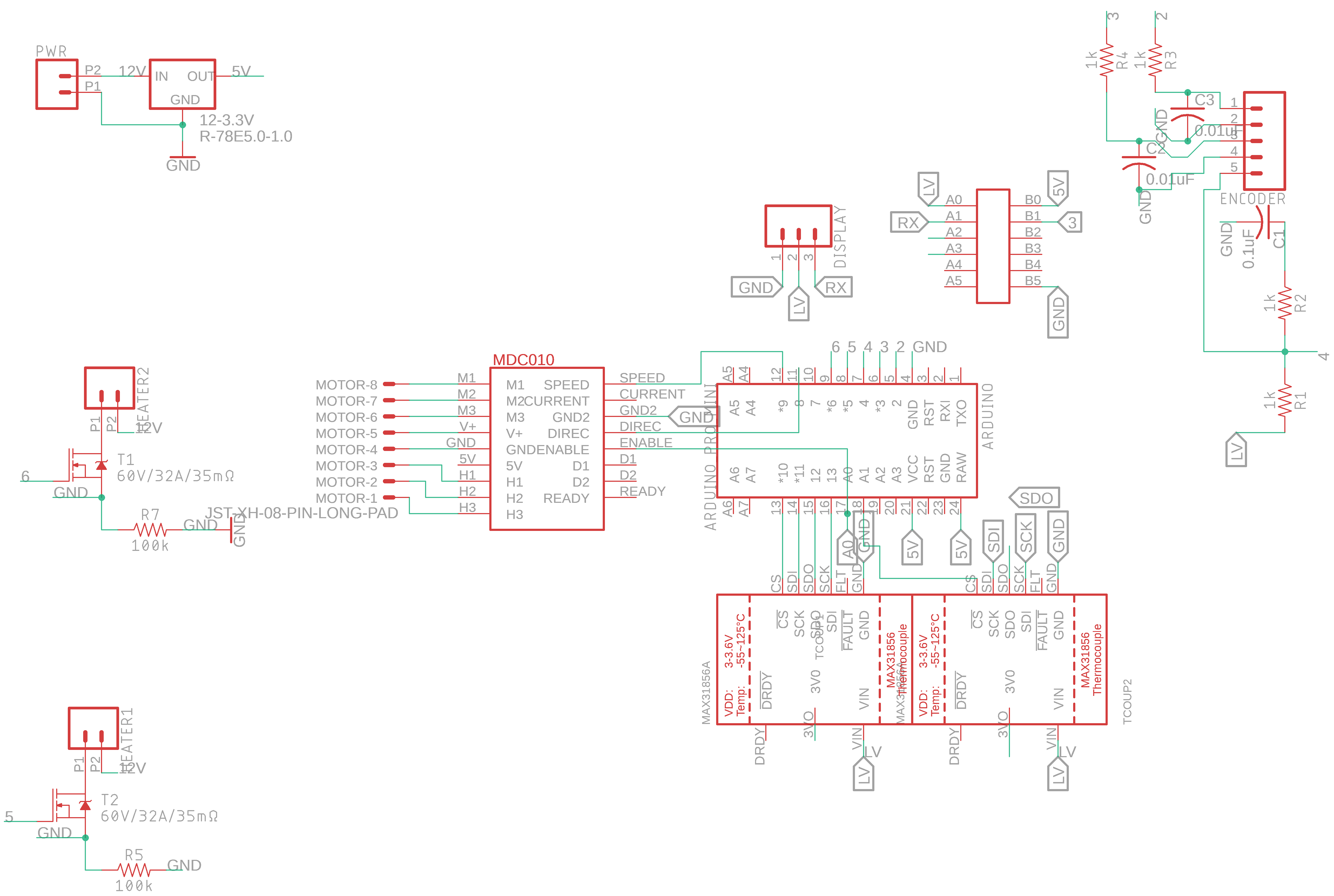 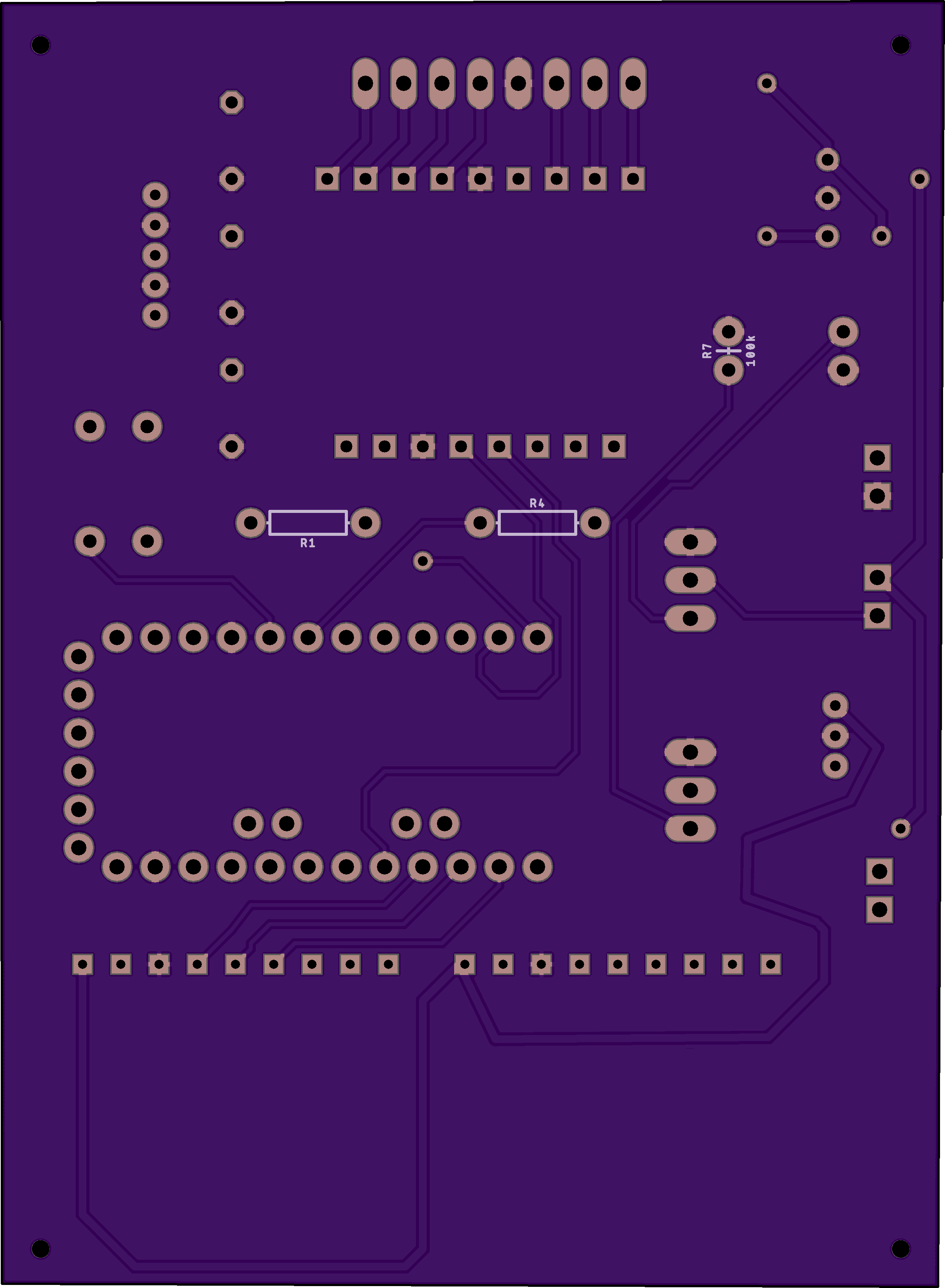 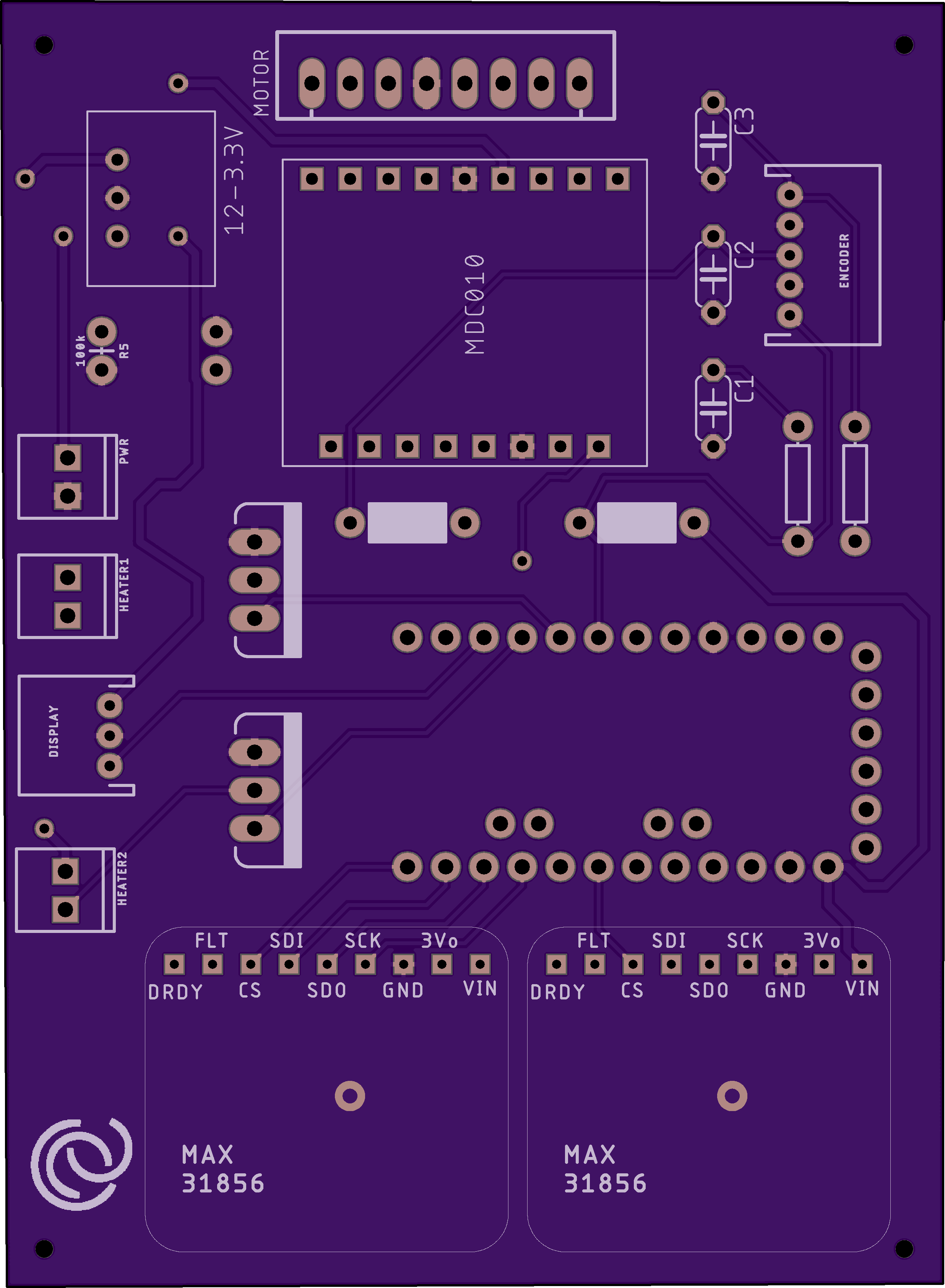 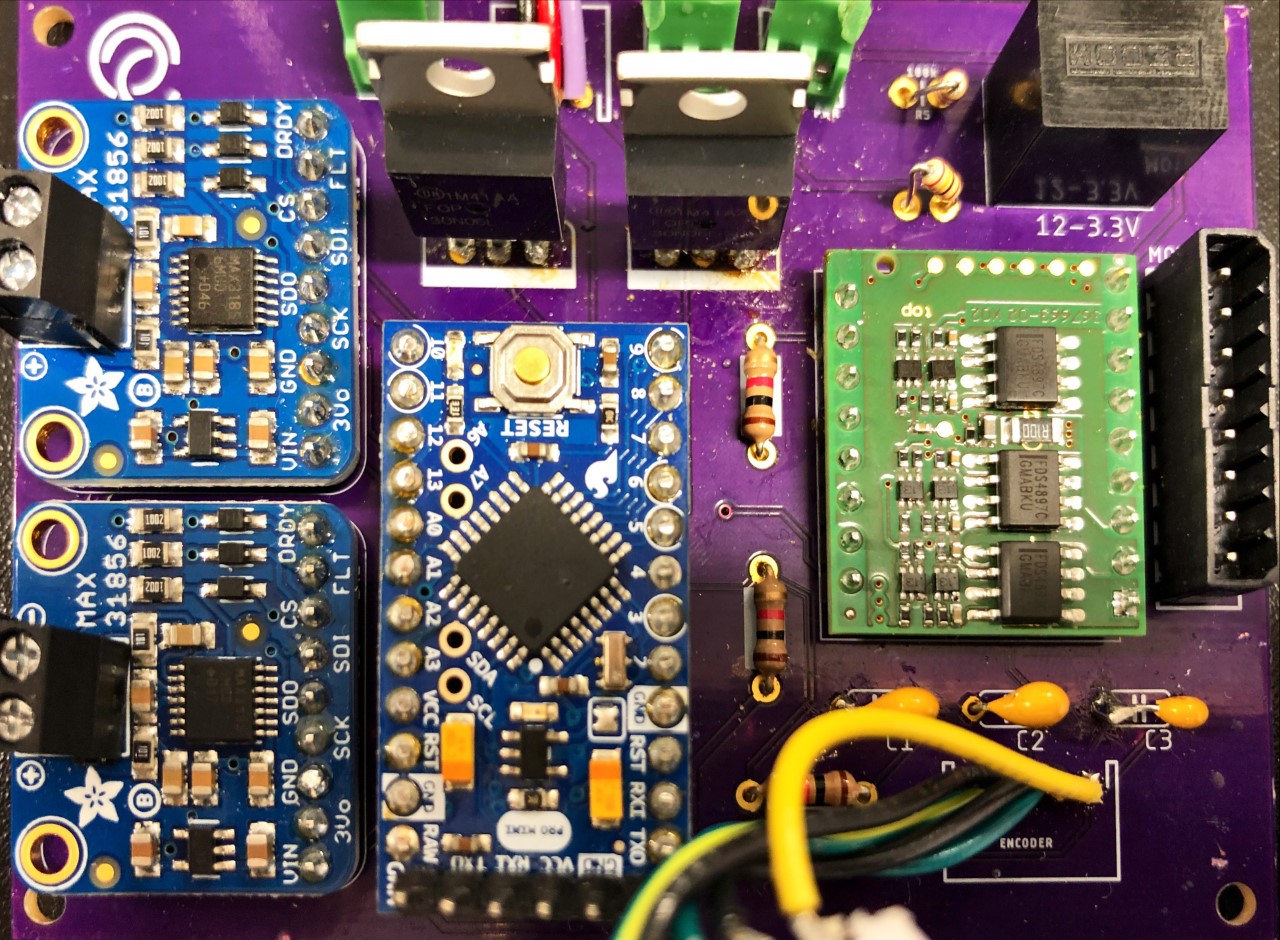 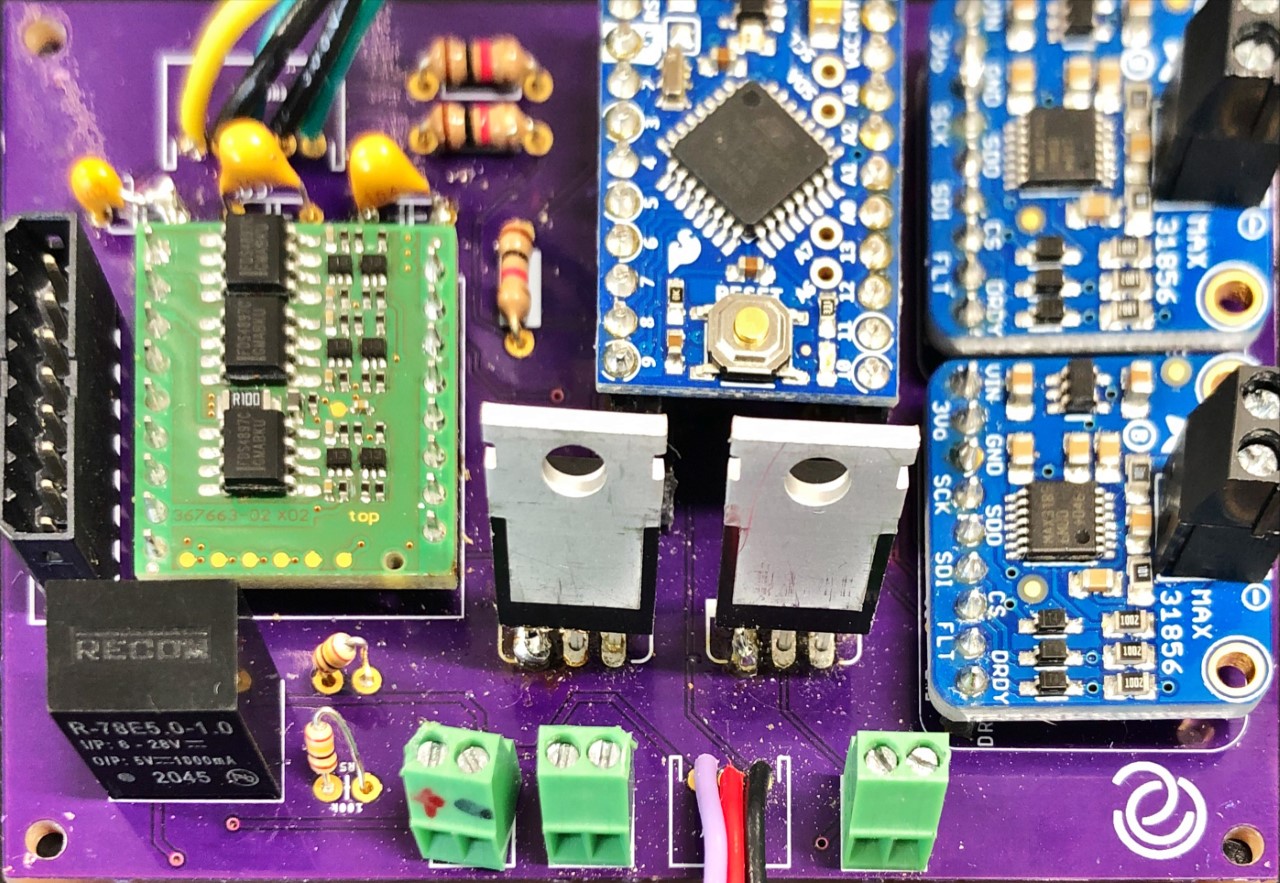 What is the purpose of R7 and R5? I think they are causing your problem.

MOSFETs will dissipate more energy if they are only partially turned on. And the amount they are turned on/off is determined by the gate-source voltage.

By placing resistors between the source and ground you make it harder for your gate signal to fully turn on the MOSFET. Current that flows through the MOSFET will lift the voltage of the source and thus decrease V_GS. The smaller V_GS will cause the MOSFET to dissipate more heat and can lead to failure of the device.

Usually this is the way you use a MOSFET:

Not the answer you're looking for? Browse other questions tagged mosfet circuit-design troubleshooting failure or ask your own question.

7
Why is SMPS controller IC failing?
0
Troubleshooting stepper motor drivers
0
Using Arduino for 3d heating bed
9
Why do my P-channel MOSFETs keep dying in this H-bridge?
2
Voltage drop @24V2A using a MOSFET with Arduino
2
What mosfet do I use in induction heater?
0
ESP32 grilled with simple MOSFET switch for 12V water pump