What exactely is causing this ringing? And how does the capacitor help to get rid of it? I see that the capacitor lowers the resonant frequency of the secondary circuit. But I don't exactely understand how it reduces the ringing.

Impedance of the primary inductor: 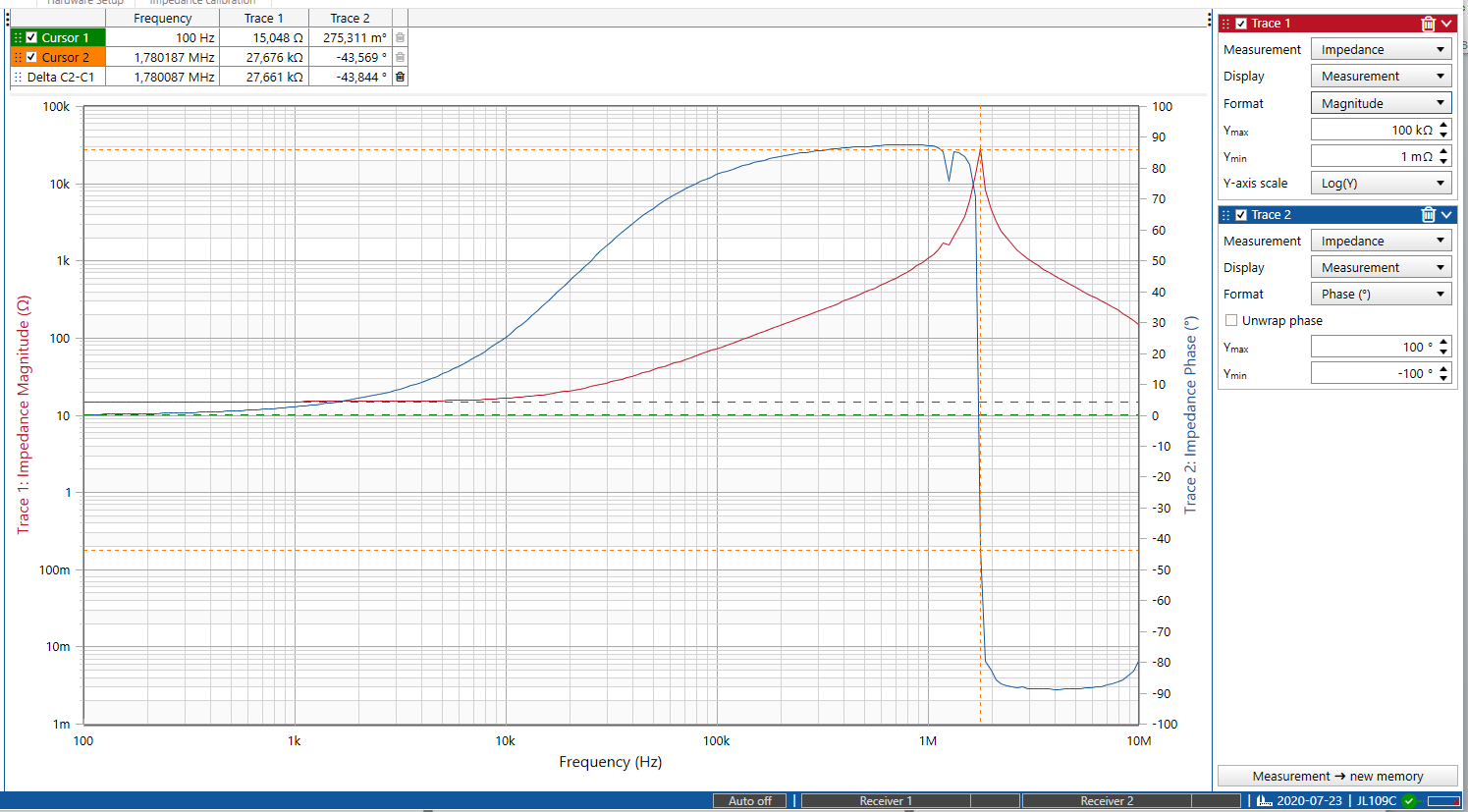 Impedance of the secondary inductor: 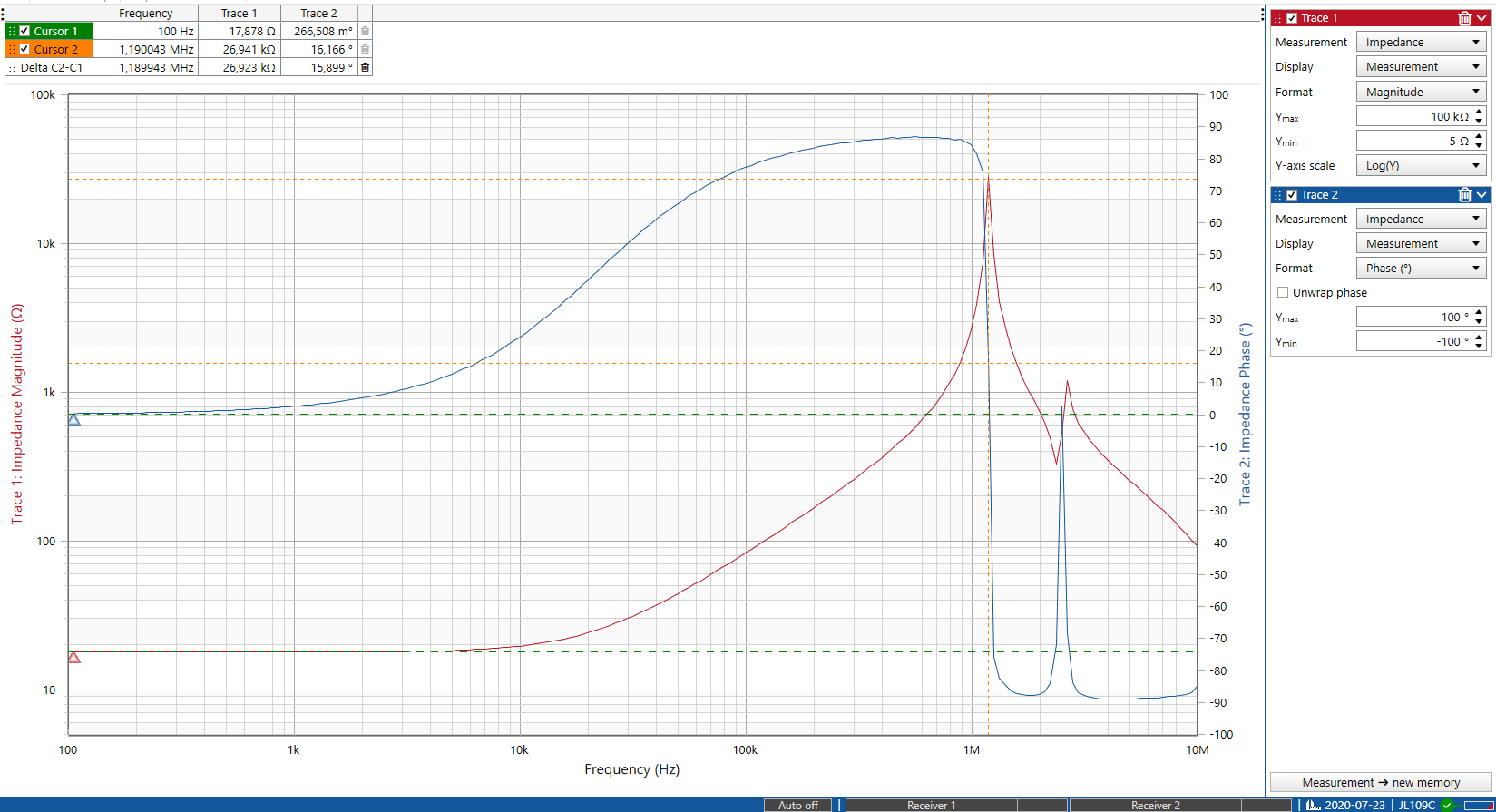 Impedance of the secondary inductor with 180 pF in parallel: 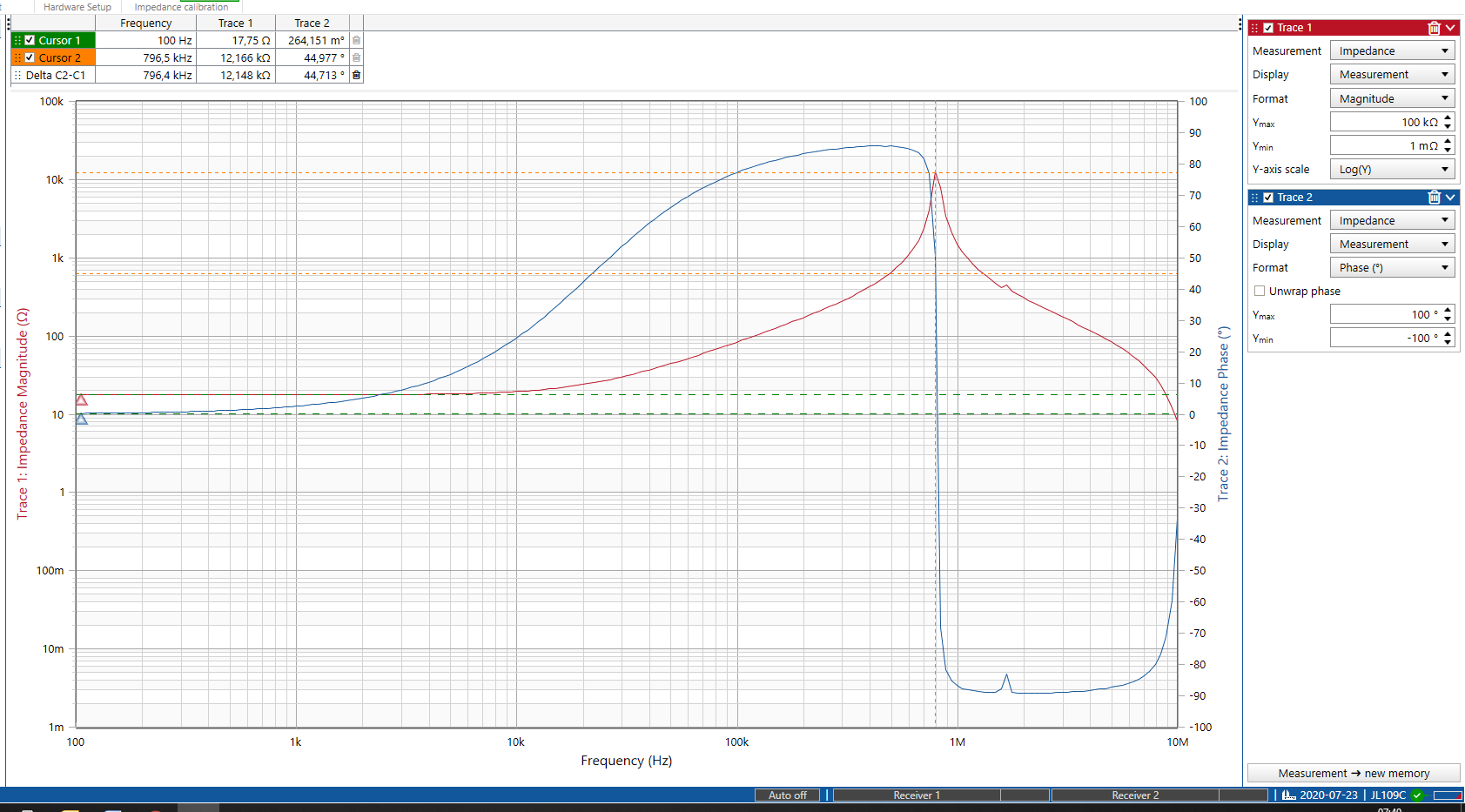 Voltage across the secondary inductor without capacitor:

Voltage across the secondary inductor with 180 pF parallel: 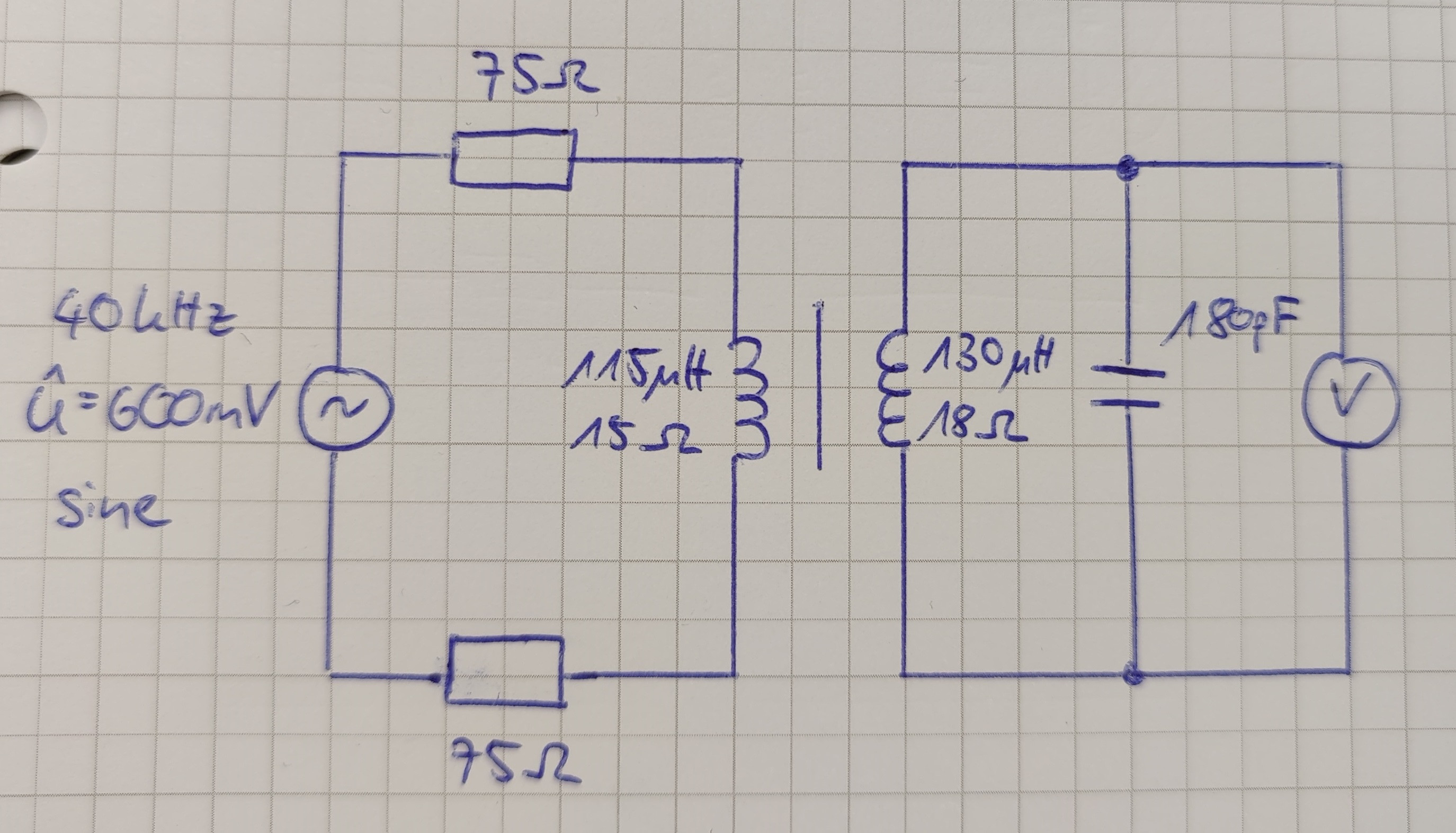 All inductors have distributed capacitance. So ringing is "logical". If you put another capacitor across, you increase this capacity and lower the frequency of ringing which can dissapear a little or be more amplified ... It is also a mean for measuring distributed capacitance, but there is another mean which is called a Q-meter.Be careful that the behavior of coupled tuned circuits is a little more complicated than that.

Please note also that the overall distortion in the frequency you use with Keysight Technologies 33500B generator (which use digital technology !) is about at -50 db. If you are "tuned" on one of these frequencies, you can "amplify" these and then see "garbage" ... So, filtering directly at output of generator would be necessary but probably difficult.

Here is a picture to illustrate what happens when you use coupled tuned inductors. It is an ac analysis at about "resonance frequency". Quality self (Q factor) are not really "good" ...

It's most likely caused by harmonic distortion in your oscillator but first; consider the bode plot of this circuit where CCAP is the parasitic capacitance of each coupled inductor. I've also chosen an inductor coupling factor of 0.35 but, you have have something a little different: - 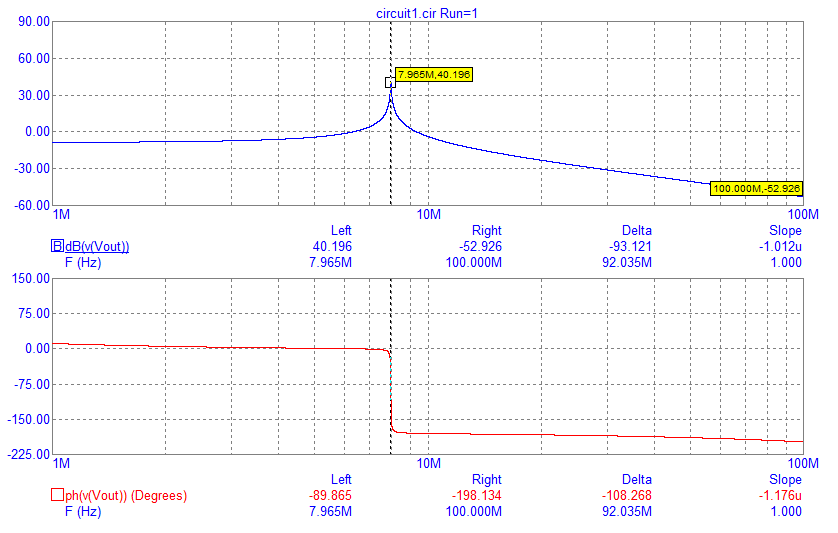 As you can see there is a magnitude gain of 40 dB at 8 MHz. The ringing is probably just amplified distortion in your original sinewave. Certainly, some of the ringing appears to be around 1.25 MHz but there is higher frequency stuff in there.

So, determine how much distortion is coming from your sine wave source and factor that into your thinking.

Not the answer you're looking for? Browse other questions tagged transformer inductor ringing or ask your own question.

0
In the transformer equivalent circuit,why the primary and secondary windings are not coupled with magnetizing inductance?
2
Specification of IF transformers
4
Ringing/Noise on smps output while BJT turns on
0
Can someone explain how frequency and inductance affects this pair of coupled inductors?
0
Amplifying voltage from an inductor
0
Coupled Inductor for DC-DC Converter ~50W
1
Coupled Inductor/Magnetic Circuit Behavior
3
How to read a transformer data sheet?