Why is this thermocouple amplifier with analog output circuit not working?

I am trying to assemble a circuit based on this datasheet: 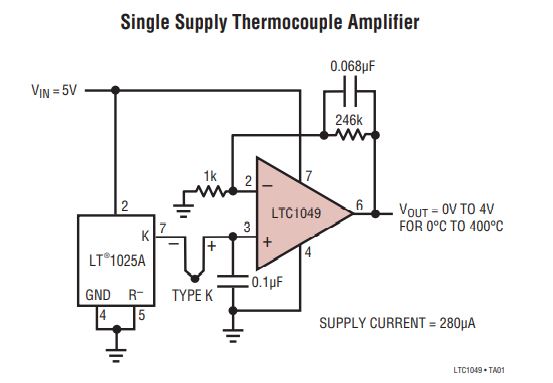 The schematic I derived from the circuit is: 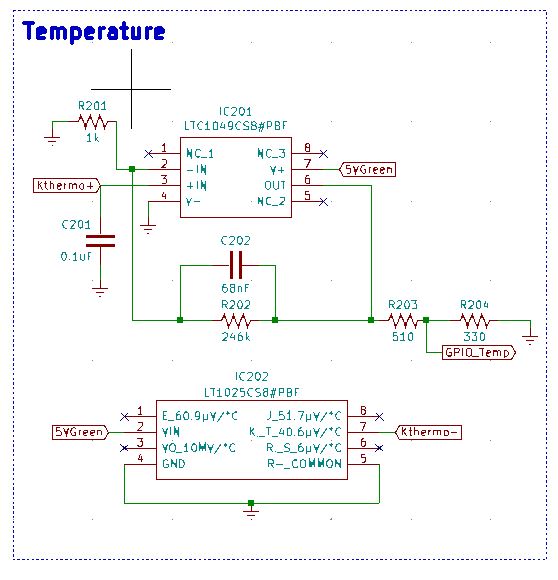 This was made into a PCB footprint 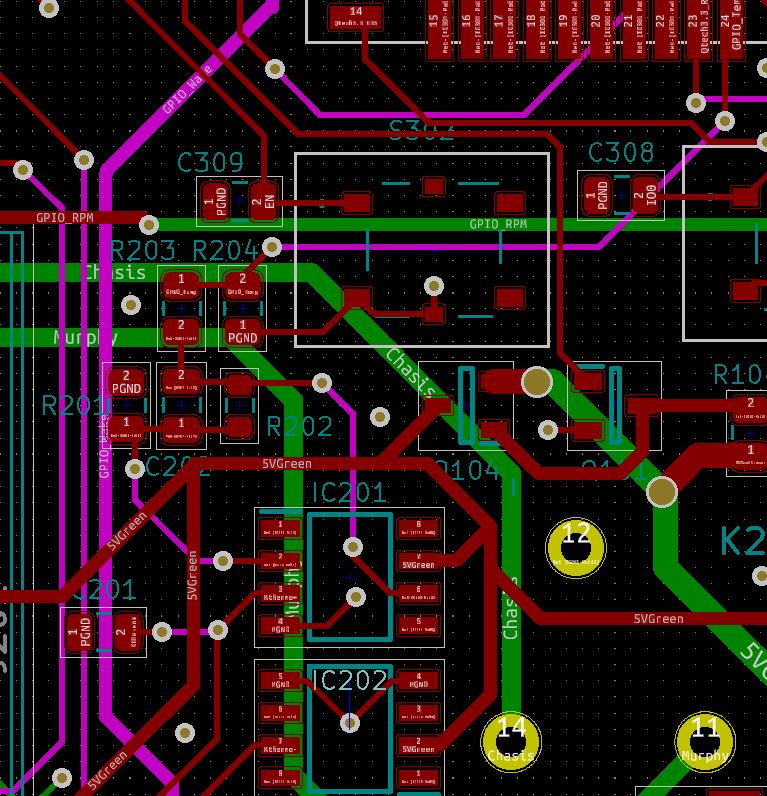 The readings I am getting from this circuit are much too low though. I am using GPIO2 on an esp-wroom-32ue the analog readings have 12bit resolution and therefore span 0-4096 for voltage 0-3.3V. The circuit is designed to produce 0V at 0C and 4V at 400C. But when I submerse the k thermocouple in near boiling water I only read an analog value of around 12. I am expecting to read a voltage of about 1V here this corresponds to 1V*(4096/3.3) = 1241 analog reading.

At room temperature I am reading a 0 analog value at an ambient temp of 27C. A few observations I wanted to mention:

edit: It was mentioned that the impedance provided by the voltage divider circuit on the ltc1049 was providing negatively affecting the reading. I did remove R203 and 204 and am seeing somewhat better results. Does anyone know why having the 330 and 510 ohm resistors as my voltage divider was a bad choice for this circuit?

That particular micro-power op-amp has a typical short-circuit output current in the 400uA range with a 5V single supply, so you are overloading the output stage with the low value divider values you are using. You should not come anywhere close to that value- output swing is characterized for loads of 10K and 100K so somewhere between those two (for the divider in parallel with the feedback resistor) would be good.

Edit: Relevant curve from datasheet. Note that one should not come anywhere near to the typical values since parts vary from unit-to-unit and with temperature, and short-circuit current capability is not a good indication of what loading is acceptable under optimal conditions: 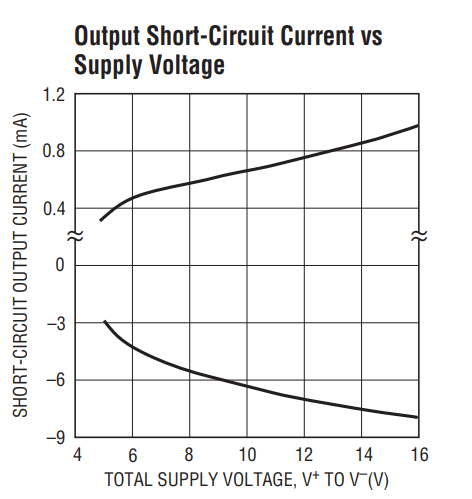 As an aside, there are many color codes for thermocouples, and red(+)/blue(-) is correct for the Chinese product you are using (as well as British standard).

There are better and cheaper zero drift op-amps that you might want to substitute, or you could change the divider. I believe that the module you are using already includes a divider so a simple series resistor R203 may suffice with R204 open.

Alternately, change the feedback resistor ratio around the op-amp and avoid the external divider entirely.

Note that IC202 is supposed to be measuring the temperature at the two junctions formed where the Chromel and Alumel wires connect to copper, and any temperature differences between those will result in (likely varying) errors in your reading.

Edit: You want the three points shown with arrows below to be at the same temperature as each other (the T/C points would be the two points where the copper terminal strip and lug contacts the thermocouple wire). Everything in the green circle should be thermally isolated from other heat sources on your board and otherwise. Any errors in the temperature measurement are directly reflected in the reading. 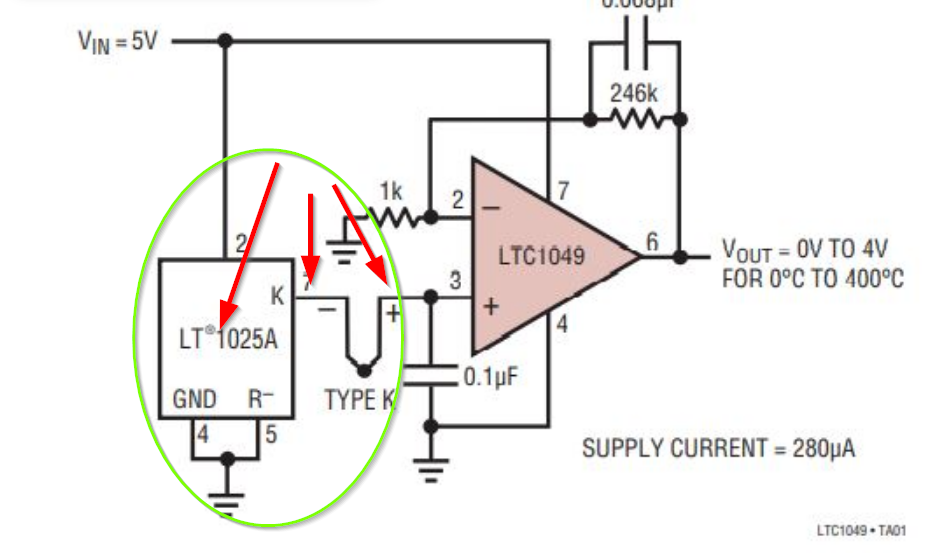 The LT1025A produces an analog output that is a rough linear approximation of the specified thermocouple output near room temperature, and to do so it needs to be at the relevant temperature.

Not the answer you're looking for? Browse other questions tagged amplifier analog thermocouple or ask your own question.

3
Why is my MSGEQ7 circuit giving Arduino analog readings that are so high?
2
Beginner A to D Converter
2
Ohmmeter not working as expected
0
Problems with op amp thermocouple circuit
7
How to read 0 -10V analog voltage with lower voltage tolerant ADCs without a voltage divider
0
Can I measure analog voltages for a circuit with multiple power supplies?