What is the meaning of the term "schematic capture"?

I have been trying to understand what the term "schematic capture" means, what it involves and what it doesn't involve.

Does it mean being capable of understanding or perhaps drawing some complex electronic circuits expressed in a schematic? There doesn't seem to be a simple clear answer available on the web.

Can someone perhaps explain to me what does this term exactly means, and perhaps give me some examples?

In the old days schematics were created with plastic or stainless steel templates and writing instruments on paper or vellum. Photo from Amazon.ca: 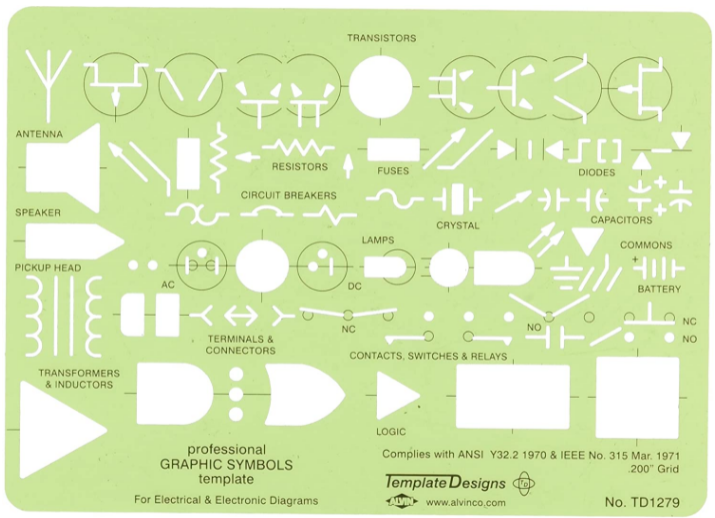 Then, in order to use a fancy computer aided design process, the schematic would be "captured" into the digital domain. Often by another person.

You can think of it in the same way as "dialing" your smartphone. Image from Wikipedia: 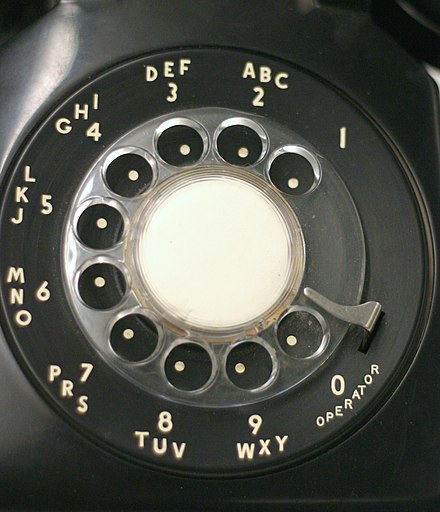 One example would be to produce a netlist (list of all components and connections on the schematic) that can be passed to a PC board layout program, so that the programs can ensure that the PC board properly implements the circuit shown by the schematic.

tl; dr: 'schematic capture' is the process of taking a design created on another medium (e.g., paper) and re-creating a digital graphical version of it.

The term schematic capture is a holdover rooted in the evolution of schematic design practice and engineering culture.

How is schematic capture different from schematic design? Read on.

Schematic Design in the Pre-CAD Era

Before computer-aided design (CAD) became widespread, electronic designs were documented on hand-drawn schematics, most often drawn on a material called vellum, a tough, translucent paper that could stand up to erasing and be reproduced on a blueprint (diazo) machine.

Who drew schematics? Sometimes the design engineers (usually junior) would draw the schematics themselves, other times these would be drawn by draftspeople under the guidance of (usually more-senior) engineers, who would provide conceptual diagrams and sketches to the drafters to render as drawings.

Design in the CAD-Is-Expensive Era

With the introduction of CAD, these paper schematics were captured, or digitized, into electronic form, by operators trained to use the CAD platforms. (For several reasons, these operators tended to be draftspeople also. More about that in a bit.) The operators would re-draw the hand-drawn schematics in CAD to create the digital form.

The resulting computer-based schematics could then be used not only to replace vellum and blueprints (a monumental benefit in itself), but could also yield information for layout, simulation, assembly, and costing, much as it is the case today for modern schematic tools.

If this paper-into-CAD process sounds unwieldy, it was. It required careful attention to detail and multiple checks to ensure no errors crept in during to the the capturing process.

Why would anyone put up with such a process? Two reasons: cost, and culture.

Let's cover cost first. Early CAD software ran on large machines: initially time-share mainframes, then later minicomputers. Because schematic entry is graphical by its nature, to even use the software also required very expensive graphics terminals as well as faster connectivity to them.

Viewed another way, CAD terminals supplanted the drafting tables. It was thus a natural transition for draftspeople to move into driving software instead of pencil-on-vellum, carrying with them not just the institutional knowledge of drafting practice and standards, but also the layered management structure as a ‘service’ to engineering.

Which leads me to... culture.

Many electronic designers of the pre-CAD era (roughly until the late 1970s) were, ironically, computer-averse. They viewed CAD as an extension of drafting, seeing it a kind of 'secretarial work' (and, yes, there was sexism too.) Why, hadn't they already 'paid their dues' at the drafting table, only to have to learn to use a new tool to do something they 'have people' for?

This article offers an insight into how old-school engineers and executives felt about graphical terminals in the 1970s: https://crm.org/articles/xerox-parc-and-the-origins-of-gui

The Gift of Xerox PARC: The CAD-is-Affordable Era

This changed as schematic CAD platforms became both affordable and widely available (and, as some of the old dinosaurs retired or adapted.) Designers moved into entering and editing their own schematics themselves, quickly realizing the productivity gains of interacting with directly their design and its work products.

This sort of flow would be more correctly termed design entry, or just, design, as it is being driven directly by the engineer from the very beginning, interactively, with no 'digitizing' or 'capturing' step in between (and, no more 'CAD caves' staffed by draftspeople in the middle.)

Nevertheless the term 'schematic capture' still persists, even if only as a Cadence product name (they still use that term to mean design entry.)

But make no mistake: capture is not what actually happens for schematic design anymore. Instead it’s entry and editing, by the designer.

Often the meaning of terms changes with technology but the rules can be traced to original practices.

Schematics were diagrammatic representations then in the general sense of a "hypothetical outline" excluding natural characteristics. First it was captured on paper then on microfiche or microfilm for condensed storage. The valid intersections demanded dots to prevent the photo-enlargment blurring that could mimic dots. Then "+" line intersections were avoided because of this optical expansion possible error.

Pretty much all the schematic capture standards originated from the US Military when they had the budget and manpower to define these standards with a massive library for every common electronic characteristic over 50 yrs ago. Refinements later came from IEEE from Industry.

Today it means something different, yet the rules persist in this logical, functional capture process to express a symbolic view of electrical concepts in the engineer's brain.

In the old days Engineers used logical symbols common to the art of analog and digital workflow from left to right, with logical signal names with IC & pin numbers, plug (P#), Jack (J#)numbers and part values and power values with polarity and special features all scribbled down with notes for others to understand .

Then a draftsman would make it look pretty.

The aim was to make it logical , easy to read and logical for debug with test pins (TP#) . They also called it a logic diagram, because it wasn’t physical or complete to tell the whole story without notes or a design spec. It was also checked for errors and version controlled.

To make it useful it had to be easy to understand by others who might eventually have to assume what you meant for them to debug.

Now you are expected to learn all these skills by looking at all the best examples, company stds and do this yourself and make it compatible for a simulator with real parasitic L and C estimates.

Schematic Capture demands creativity and artistic flare learned from others.

Not the answer you're looking for? Browse other questions tagged schematics eda or ask your own question.

2
What does +9/7.2V mean?
2
What is the schematic capture/PCB layout design cycle?
4
What does this schematic symbol indicate? (Bent line)
10
FM Carrier Wave Generation
1
What do these dashed/dotted lines mean in this power cord schematic, and how should I ground this device?
3
Understanding Voltage/Power line arrows in complex schematic
2
Converting an electrical schematic into a physical panel layout
1
What does this ladder logic schematic showing a coil in parallel(?) with a contact mean?