I have been working on a project where the three phase voltage source inverter has to be controlled in so called grid forming mode of operation i.e. the inverter creates three phase grid of fixed frequency and voltage. I have studied a literature and I have found that it is pretty common task nowadays. The task is usually solved by following control structure 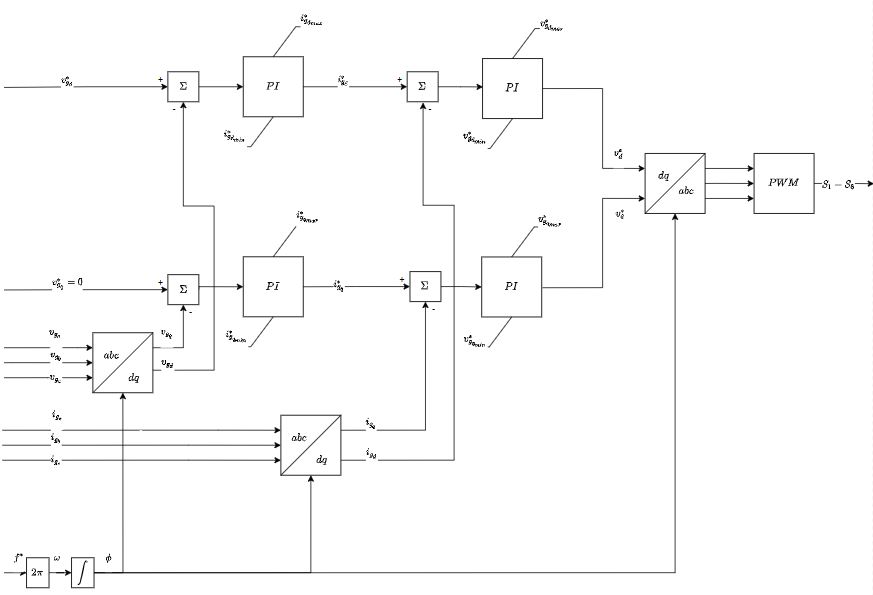 I have been thinking about solution of that problem and one idea has popped-up in my mind. The idea is based on the equivalent circuit of the induction machine

and the slip formula \$s=\frac{\omega_s - \omega_m}{\omega_s}\$. In other words I can indirectly reduce the inrush current via reducing the slip which can be done via reduction of the grid frequency. The reduction of frequency should be followed in my opinion by the grid voltage magnitude reduction according to the voltage-frequency characteristic so that the induction motor of the compressor drive operates with its nominal flux. It could be said that I would append following control structure above the aforementioned one. 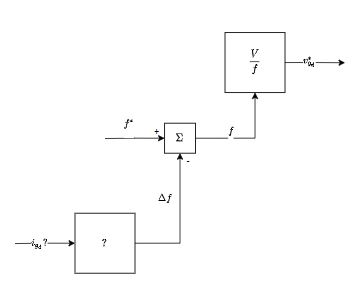 The question is whether that idea could ever work and if so how to realize the modification of the grid frequency (P,PI,PID controller or something else and based on what signal)?

One option would be to increase the short-time current capacity of the inverter. It might be possible to do that by adding a lot of capacitance to the DC side of the inverter.

A DC powered VFD would work, but the DC source would need to have a voltage range that is compatible with the VFD. Depending on the available DC source, you may be able to find an off-the-shelf VFD that would work.

Grid-forming inverters are an emerging technology that allows solar and other inverter-based energy sources to restart the grid independently.

The inception of electrical inertia (EI) with phase lag of frequency reduction is common. The sensors, controls and use of the Park Transform are used to simply the design with improved performance to various disturbances.

Not the answer you're looking for? Browse other questions tagged power-electronics inverter induction-motor microgrid or ask your own question.