I'm attempting to interface a MEMS Microphone with an ESP32 through a CS8406.

I am aware that the ESP32 has a well-documented I2S hardware interface however for my project I cannot use it. (It's going to connect to a smartwatch I developed in which only I2C and UART are broken out, also the I2S pins are being used to write data to a display from the 70s..... it ate a lot of other pins as well, but very worth it!)

The protocol I'm using to transport the Audio data is I2C.

I have had a hard time finding anything other than the datasheet on this chip and I want to know if anyone has ever used it with its built-in I2C protocol.
I've attempted to make the connections according to the datasheet in Cirrus Logic CS8406

Is this a reasonable workaround or are there other methods?
Has anyone used this chip, and if so could you offer any advice?

Here is my schematic 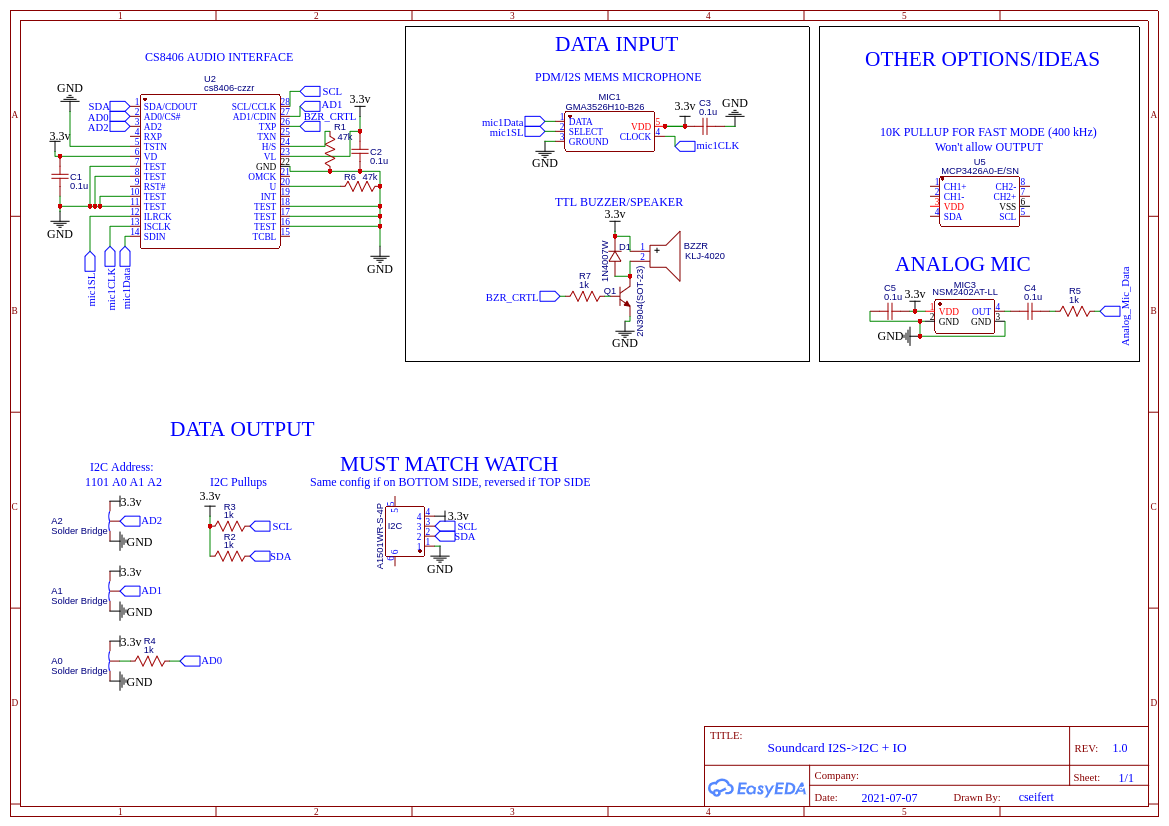 The design will not work, there is just so many incompatibilities all over it.

Not the answer you're looking for? Browse other questions tagged audio i2c i2s audio-codec cirrus or ask your own question.

3
I2S to SPI or some other normal interface
1
I2S interface ideas for multiple MEMS microphones
0
Choosing an Audio D/A converter for I2S digital audio based on 32fs
1
Can I use I2C protocol for product with SPI interface ICs?