Desoldering capacitors - some get damaged and others don't

I was practicing desoldering components with a desoldering heat gun (Quick 861DW) of some boards I salvaged from a broken Sony Bravia HD-Ready monitor.

I applied 400C air flow and used some flux on the pads of the SMD capacitors.

On the first board I practiced with, they all came off nicely without discoloration or anything (in some the plastic did get a bit burnt,) but on a second board I tried with (using the same procedure,) they all started to inflate before the solder melting point and being able to detach them.

Why would that be? Would it be because of the substrate board material? The capacitors seem to be the same type.

Here are some photos of the first board and capacitors that came out well: 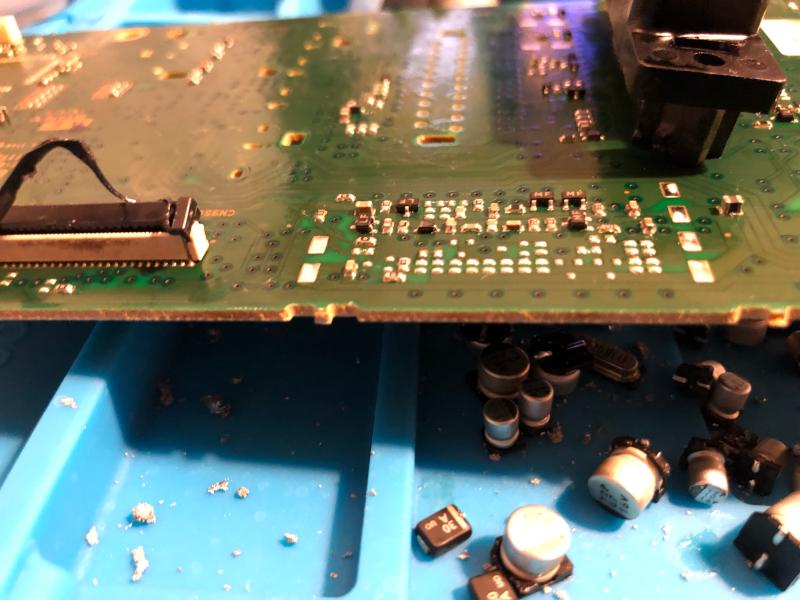 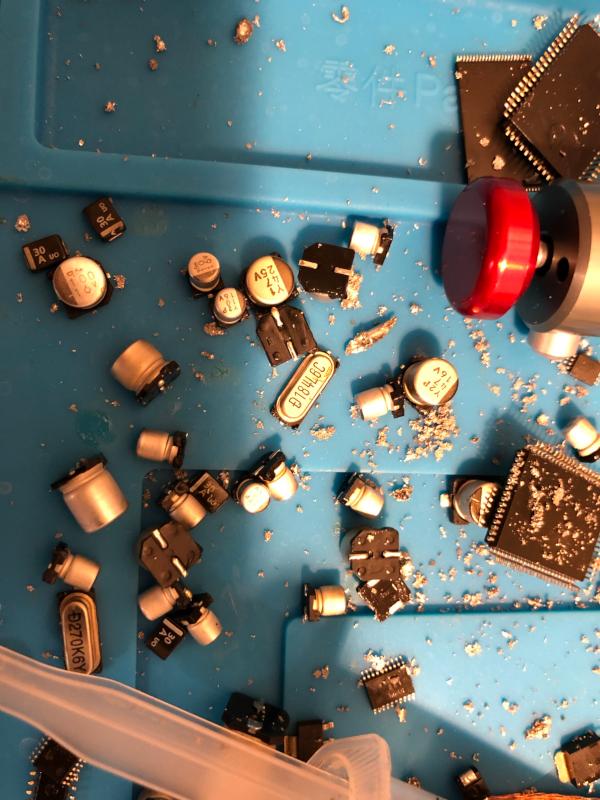 Here are photos of the second board and capacitors, they are turned as I had to twist them to release the air pressure before they exploded: 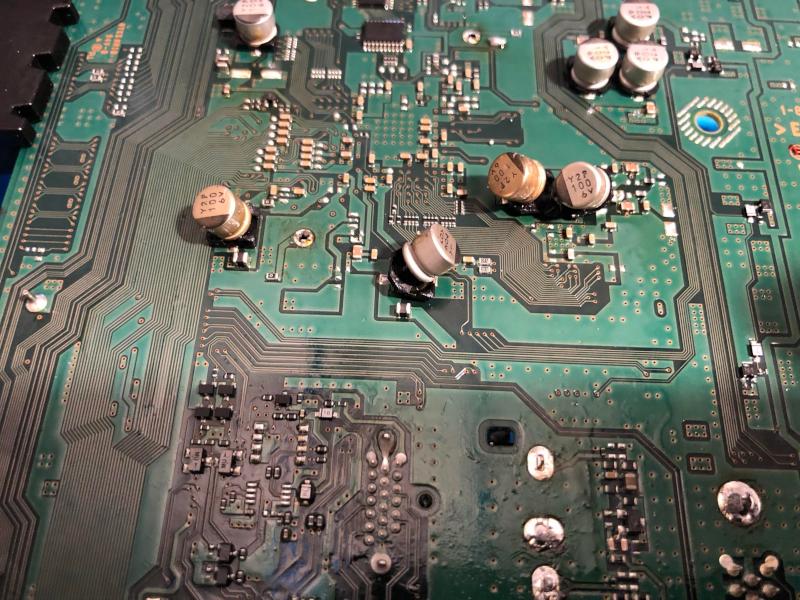 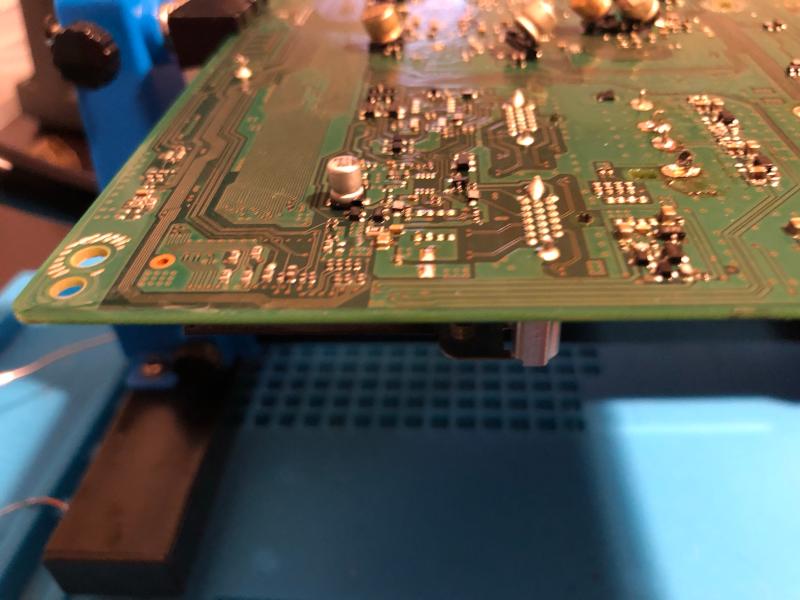 After that I tried with another different board and again they were all removed without problems.

It is likely three things:

To mitigate these, you can touch each solder joint with an iron and "contaminate" them via a number of special low-temperature solders specifically designed for rework. These can be found which melt at ~200°C. This makes it easy to remove stubborn parts, even those using very high melting point solders. Down-side is, now you've contaminated those joints with a very soft metal, which will have to be removed and cleaned thoroughly if being resoldered.

You can also use a "hot-plate" or "heat-bed" to pre-heat the entire board to some lower temperature (say 200°C) prior to removing individual components. This makes it much easier, but you do have to take care not to melt any plastic bits.

Not the answer you're looking for? Browse other questions tagged capacitor pcb soldering or ask your own question.

12
Desoldering a tricky DC jack
0
How quickly would a pocket blowtorch ruin PCB traces?
3
PCB Reflow in oven, will solder melt before VRM's, caps etc get damaged?
12
What mad solder type is used for BGA?
1
Can Crystal Oscillators fail?
2
SMD desoldering - struggling to get this chip quik stuff working, what am I doing wrong?
2
Physics behind component failure
0
Need some tips on using hot air soldering station for my project