The filters before and after the demodulator (the envelope detector) do different things.

The filter before the detector is there to make sure that you are detecting the correct carrier frequency. It typically has a band pass filter rather than just a high pass filter as your example shows.

Here is a modulated carrier signal: 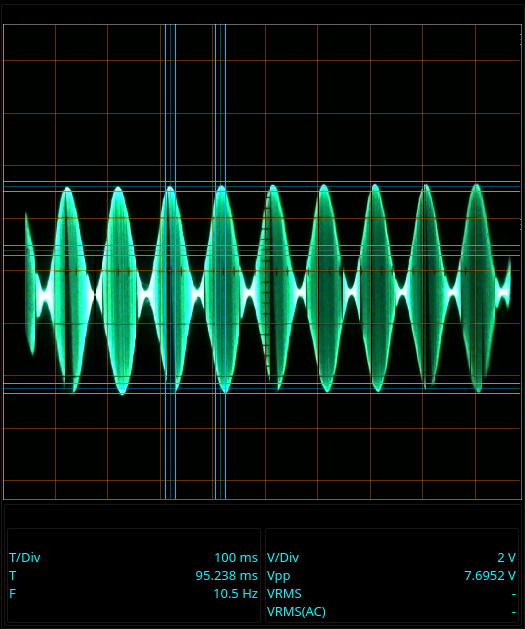 That is a 16kHz carrier modulated with a 10Hz signal.

You would use a band pass filter centered around 16kHz to pick the carrier out of noise.

After passing it through a detector, you have a signal that looks like this: 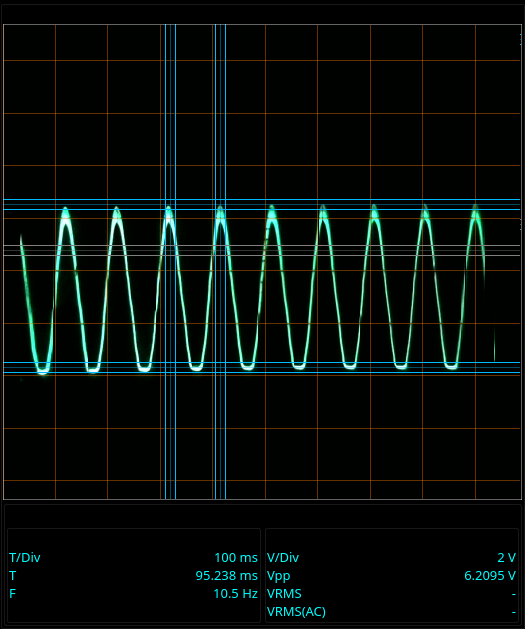 You can see that there's still some of the carrier there (the tops of the waves are fuzzy) and that the signal is slightly distorted (the bottoms are squared off.)

A band pass filter after the demodulator cleans up the remains of the carrier and reduces the distortion: 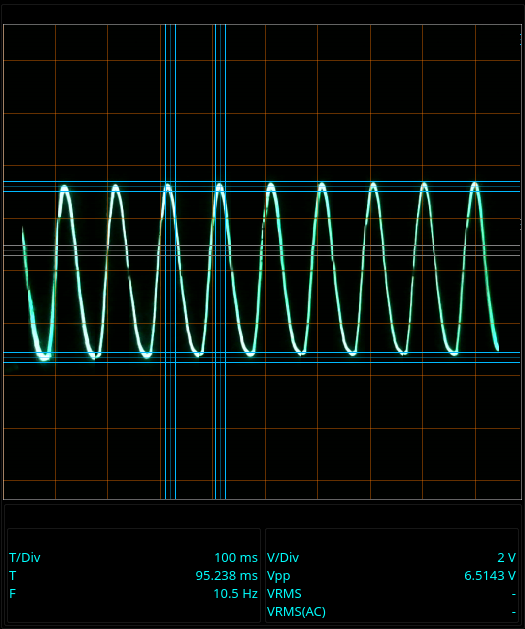 That's not optimal, but it is better than without the filter. Those photos are from some experiments I made a few months ago for a gadget I ended up not building.

If you know the content of the noise and interference, you may be able to simplify the bandpass before the detector to just a high pass or just a low pass filter.

If you know the content of the signal, you may be able to simplify the filter after the detector to just a low pass filter - or even omit it entirely.

Not the answer you're looking for? Browse other questions tagged low-pass am or ask your own question.