Inrush control transient at power on

I have a circuit with a not-so-small capacitor on the supply and I need to reduce the inrush surge; as a matter of fact the power supply breaks after a while (these cinese supplies are not fun)

I followed ON Semi AND9093/D (which is in fact very well made) and come up with the following circuit: 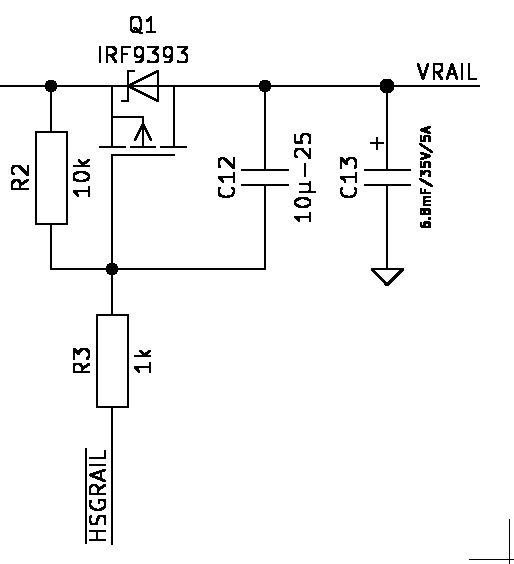 From the left comes a 12V supply, on the bottom there is a BJT enabling the switch when the times come and on the right after the beefy capacitor there a mixed load; at the moment is still disabled but there's some leakage anyway on the right side, if only for the capacitor one.

The circuit actually works quite well and limits the current as designed (5A, by the way): 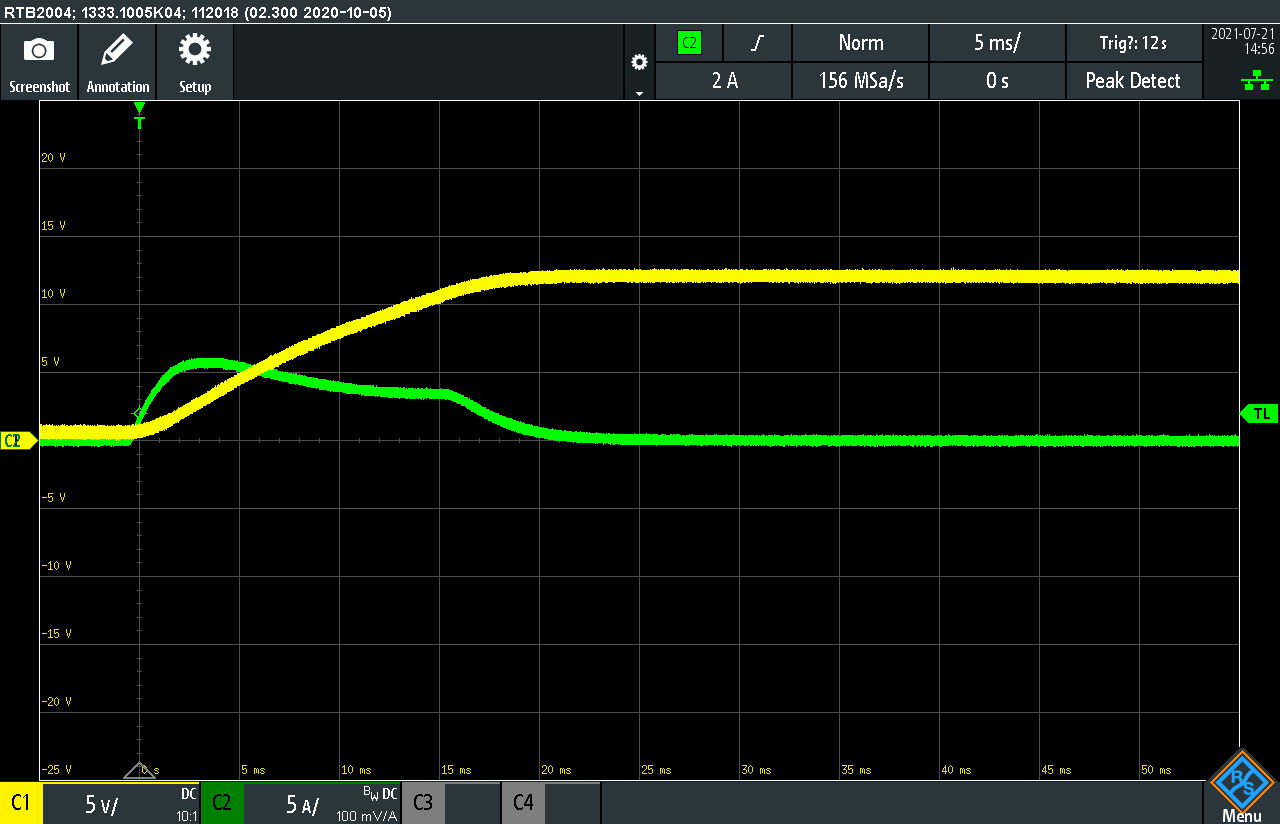 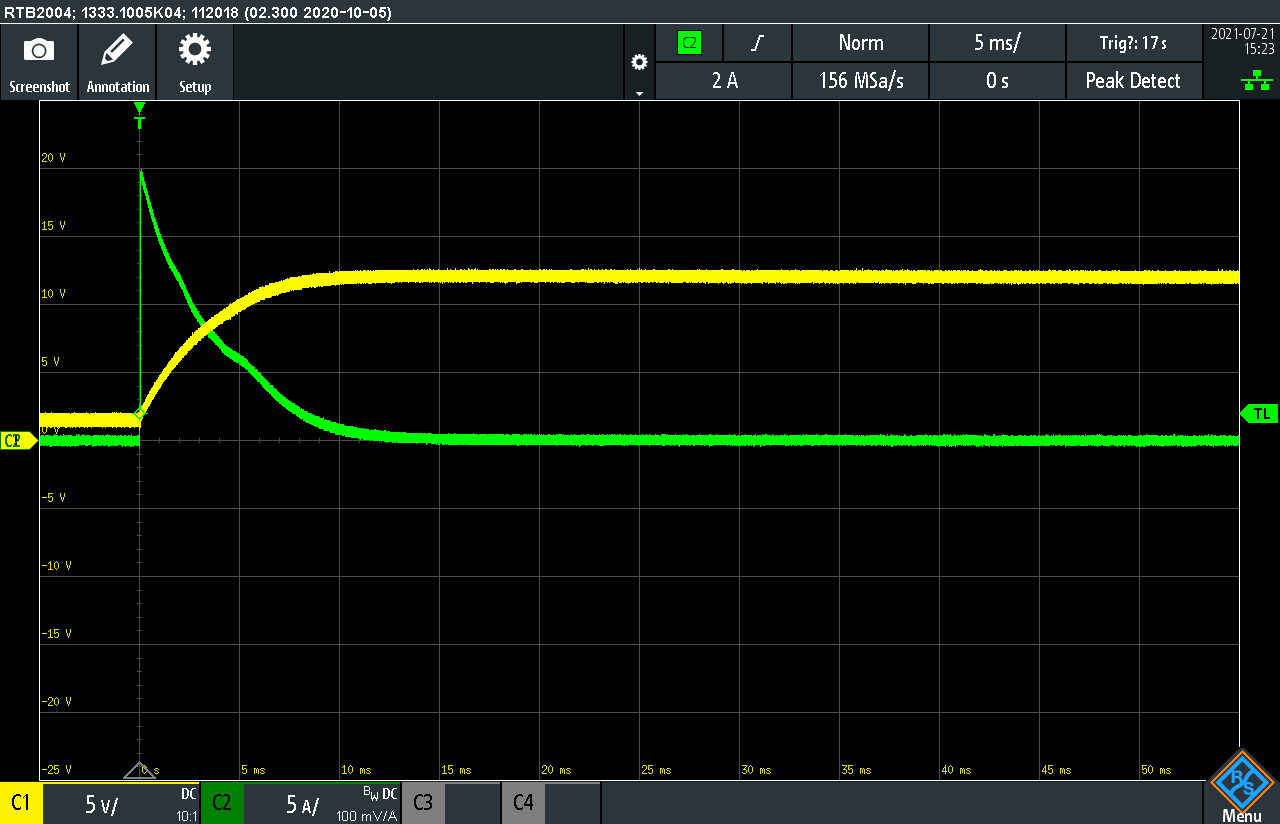 However if I lower R2 to raise the charge current, R3 need to go down to maintain the FET below Vth and then C12 would need to be bigger in proportion (the sad rule about RC time constant)

What would be the best way to solve this?

EDIT: I forgot the oldest trick in the book:

22 ohm about 1W seems to do the trick, I'm doing tests

I would recommend using a dedicated soft start load switch IC, for example an NCP45524. The advantages (to my mind): 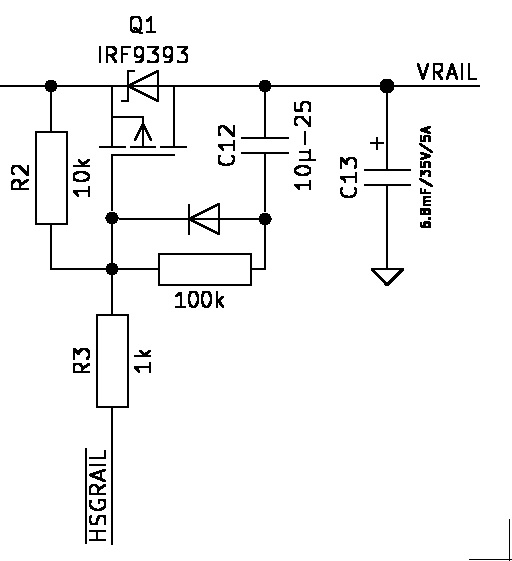 You could place a resistor or a current sink across DS of Q1 .Now the cap charges naturally .Set this up below your 5 amp peak .Hold off Q1 while this charging happens ,Then turn on Q1 .I have used a basic Vbe threshold to determine if the rails are close enough to turn on the mosfet .This approach means that mosfet turn on speed is not so crucial .I have also taken V rail to your load from the source of the P channel .These days RDs on should be low enough to not degrade the cap esr .

Not the answer you're looking for? Browse other questions tagged load inrush-current soft-starter or ask your own question.