Ask Question
Asked 1 month ago
Active 1 month ago
Viewed 84 times
2
\$\begingroup\$
This question was migrated from Arduino Stack Exchange because it can be answered on Electrical Engineering Stack Exchange. Migrated last month.

I am trying to build an EMF detector or non-contact voltage detector based on an Arduino to be used as a prop. The detected EMF value should be read from an analog input and based on the level, 1-5 LEDs should light up. I found two circuit designs which didn't look too complicated.

The first "circuit" basically consists of a floating pin / wire which is pulled to ground with a high value resistor (1 or 3.3 MΩ). 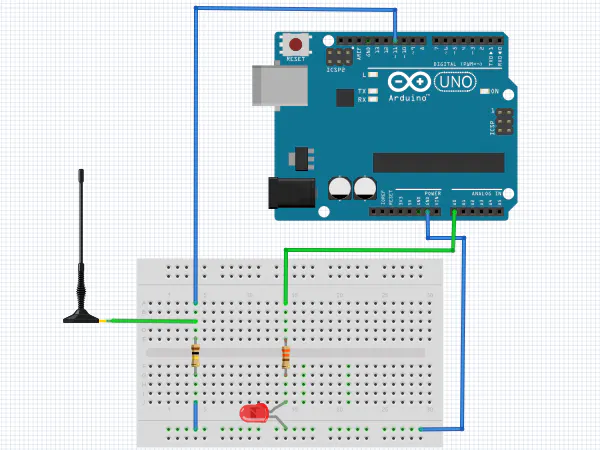 However this design didn't work for me, I was able to detect turned on lamps, extension cords somehow. But the circuit wasn't very reliable. Often it triggered once and stopped after that or turned on randomly. I tried various resistor values and "antenna" types like copper plates, long wires and coils.

I had much better results with the following circuit. First I didn't use the Arduino at all and it worked perfectly, although the range was very limited. I also didn't use the 1 MΩ and 100 kΩ resistors and I don't really understand the purpose of them. Limit the current to avoid accidental triggering? 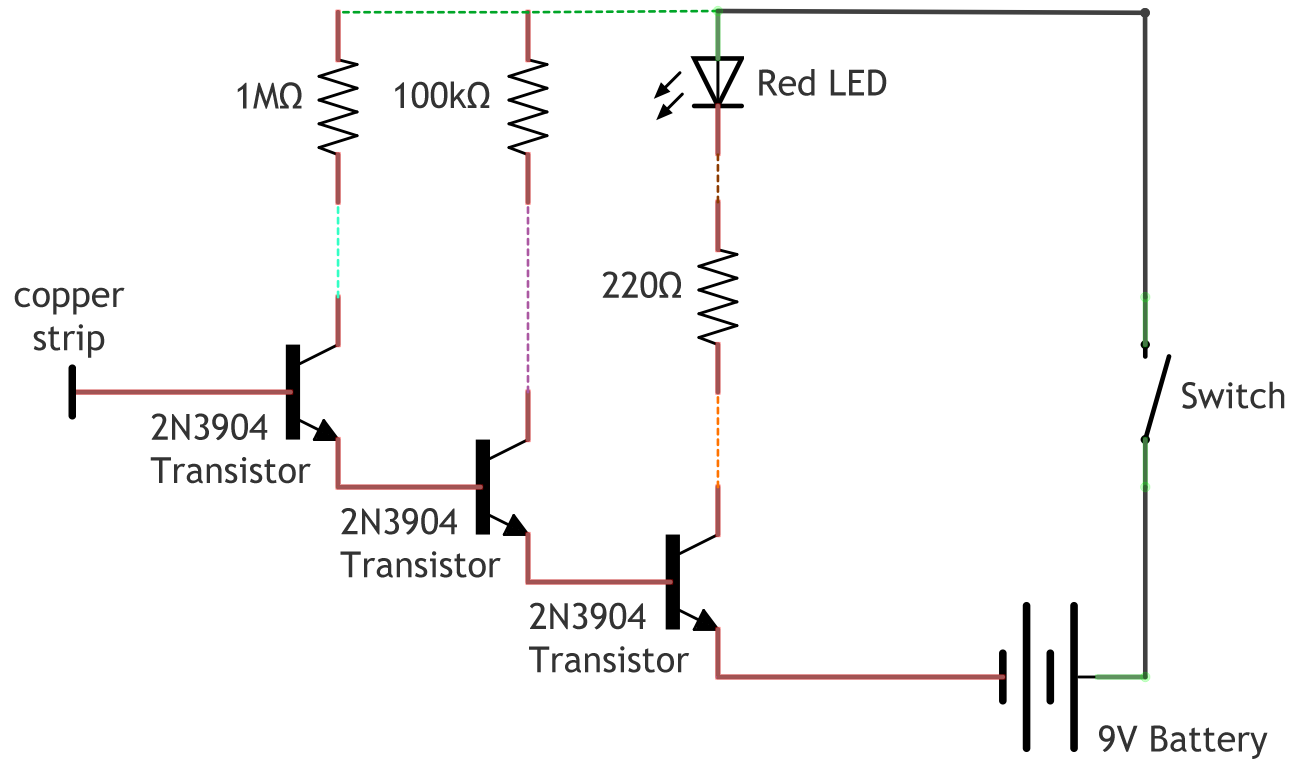 Now, instead of turning on a LED with the second circuit, I want to somehow measure the current at the third transistor. My first idea was to remove the LED and measure the voltage at the 220 Ω resistor in reference to ground. This didn't work at all, I always measured 5 V, which makes sense I guess. Do I need two resistors instead to create a voltage divider?

The purpose of the high value resistors is essential to this circuit. Together with the transistor stages, they provide a very high amplification of the signal that is received on the copper strip.

You do not need to remove the LED. You should be able to measure the voltage of the node between the resistor and the LED with an Arduino. But you would need a 5V instead of 9V supply, because the Arduino ADC can only handle voltages up to 5V.

Not the answer you're looking for? Browse other questions tagged arduino-uno led voltage transistors or ask your own question.