I am currently writing software that makes use of a SSD1351-based display (from Waveshare).

In the picture, only the bottom right quarter should be different, the rest should be uniform dark blue. 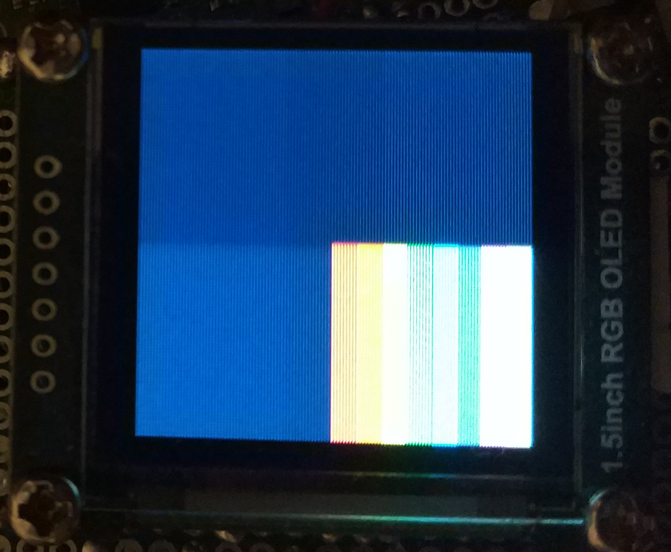 While looking for an explanation, I found this diagram in the SSD1351 datasheet: 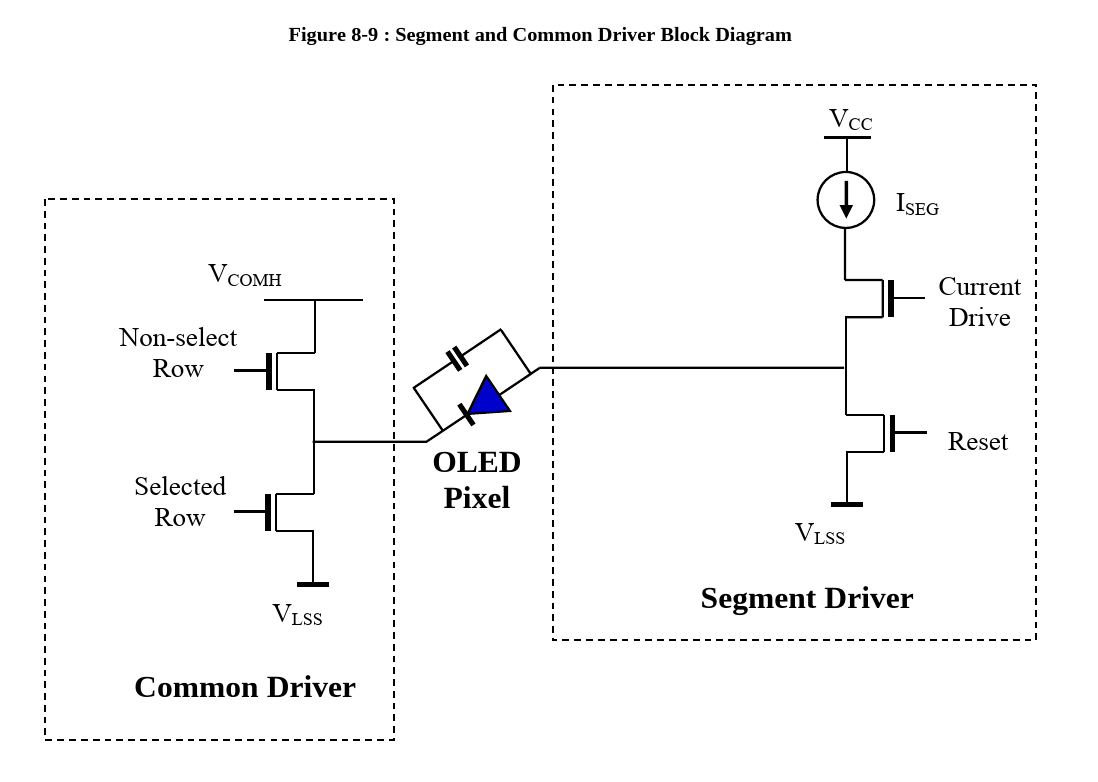 ... which, with my limited understanding of electronics, made me even more puzzled as to why this could be happening. (Noise on VLSS? Current leaking through to the LEDs?)

I have been trying to tweak timing and voltage settings through SPI commands, but nothing has made the issue go away:

I am trying to fix this issue, but I don't know where to go from now. To narrow down my questions:

Assuming your LCD driving signals meet the spec, the problem is due to the supply voltage drop.

Either scanned or mux-ed the cells driving is, the voltage (whichever or both of VCOMH or VCC) on LCD is dropping from the heavier current on selected columns/rows. It become visible when a block is supposed to be the same color.

Not the answer you're looking for? Browse other questions tagged display oled or ask your own question.

5
Multiplexing two 7-Segment displays (Ghosting issues)
5
Name and reason for space between pixels on an LCD display
5
Which interface is better for my OLED display?
1
Faulty display behavior using a Atmega328 due to (wrong?) logic voltage level
0
Trouble interfacing NewHaven oled display with stm32f4
0
Why does the ssd1306 OLED controller have an unusual memory layout?
3
How to power a OLED 128x128 display from 3.3v microcontroller board?
1
What register or setting can control the brightness of an ST7735 based 1.8" TFT Display?