I am new to electronics. I am reading this book called Practical Electronics for Inventors.

This is a portion about bipolar transistors from the book: 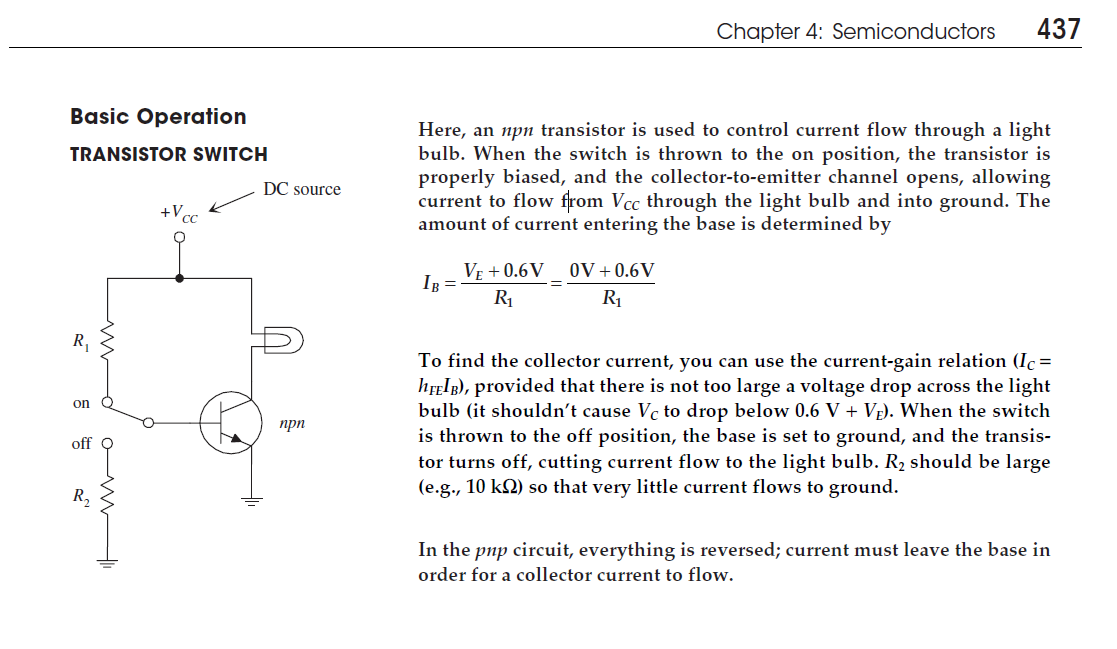 There are two things I don't get from this: 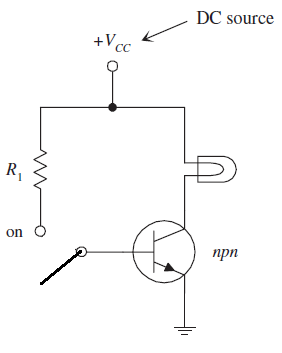 If the author has to have R2, I still have a question: How does the current can goes from the collector to the base to R2 to ground? Look at this: 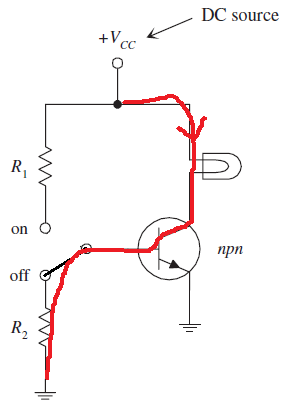 I think the current would have trouble if it wants to follow from collector to base because there is a NP junction between the collector and the base. How does the current flow when the switch is "off" with R2 in the circuit?

For the point 1) the current loop is VCC, R1, and the VBE junction which is more-or-less a 0.6V diode for most practical purposes.

For the second point, you current diagram is wrong: you can't pull collector current from the base (in the usual biasing mode!). When you switch an NPN transistor you put current thru the VBE junction and it gives collector gain.

Turning it off empties the VBE junction from whatever charge remains and stop the collector flow. In practice with an open base you would only have the collector cut-off current (about 100nA, usually trascurable) but from parasitics some current could leak into the base and turn on the transistor.

If you actually switched the transistor with a mechanical switch like in figure you could ground the base without issues. In practice using a throw switch is not useful and the 'usual' transistor setup is like this 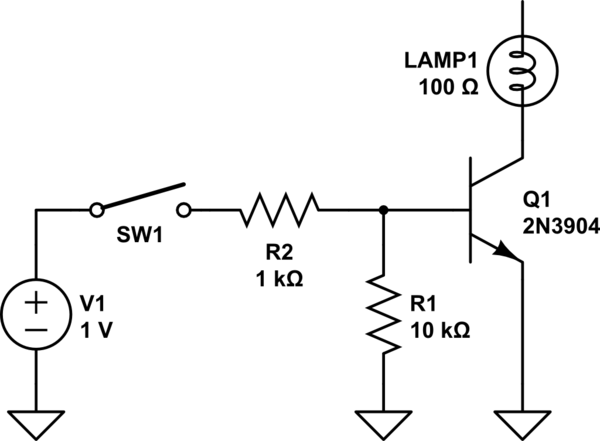 (resistor values and voltages are not correct, it's just to show the shape of the circuit)

In this circuit you can see why the base-to-ground resistor should be somewhat big: otherwise all the control current would go thru it!

The calculation of the two resistor values is called biasing the transistor: you would substantially want some mA of base current when the switch is closed and less than 0.6V of VBE with the switch open. Hopefully your book will explain that a couple of pages later.

The difference between \$I_{CBO}\$ and \$(\beta+1)I_{CBO}\$ may not be all that great under benign conditions (room temperature) since \$\beta\$ is very low at nA collector current (it's not a constant as the simplified view holds- it decreases at both high and low collector currents).

Especially at high junction temperatures (or with leaky transistors such as the old germanium types) \$I_{CBO}\$ is exponentially higher and the total collector leakage can rise to objectionable levels. For example, an LED might appear visible illuminated with only a few uA of current. Or a battery supply could be drained prematurely in standby state.

Not the answer you're looking for? Browse other questions tagged transistors switches npn bipolar or ask your own question.