I recently stripped a microwave of its transformer and I was looking forward to playing around with it. I didn't want to plug it directly into the wallsocket so I decided to design a circuit that can run on my DC power supply. Here is my circuit: 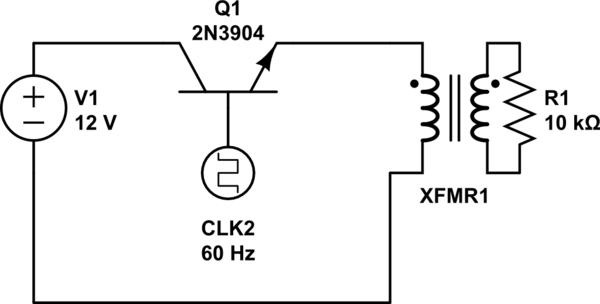 I created a monostable oscillator circuit for my clock like the one shown here: 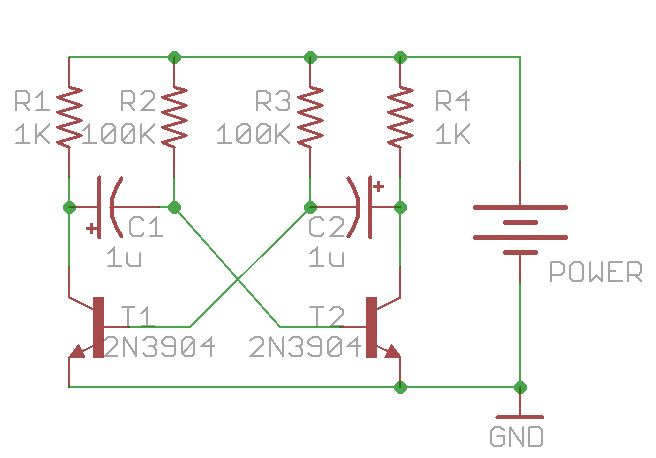 and I am using it to create a square wave across the transformer. In the schematic I have a 10K ohm resistor at the end of the transformer but in real life I have a spark gap (couldn't find one in the builder). Now as I raise the input voltage (at the peak of the square wave) I don't see anything until the current rises past around 0.03A and which point I can get sparks! The output voltage is somewhere around 30V unloaded which will drop after a load but I don't really care about this as I am using a spark gap instead of a real load. The problem is, when I raise the input voltage to around 30V with extra resistors behind it so that the current is below the 0.1A mark at which point my transistor explodes, I still only get a voltage difference of 30V at the output. Why does this happen? Do I need more current to get a higher output voltage?

Your transistor effectively has an inductor in series with its collector (imagine exchanging the positions of the supply and transformer in the circuit -- they are in series and so this has no effect) -- then when the transistor switches off, the inductor acts to keep the current flowing -- which it will -- so the collector voltage will rise to the breakdown of the transistor and ultimately damage it.

Secondly, a 2N3904 is not capable of much power dissipation (or current) -- it may just be overheating.

You don't explain precisely how you drive the base, so it's hard to be more definitive.

First you need to protect the transistors from blowing up by putting in signal diodes in series with each base. The rating for Vbe is -5V abs max. !

Then change the R ratio from base to collector from 100:1 to say 10:1 for more current drive, which changes f, so use a Darlington in each or cascade 2 NPN’s. You possibly also need reverse diodes across Vbe .

Not the answer you're looking for? Browse other questions tagged transformer square or ask your own question.