Does anyone know what the male end is called (part in the blue square)? 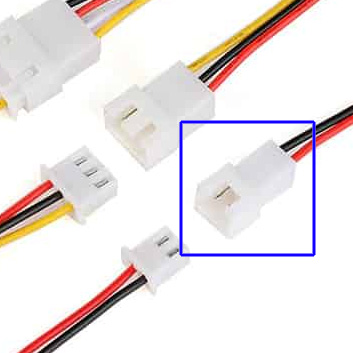 I see them "everywhere" when I look up "JST wire to wire" but I can't seem to find an actual model/part number or official listing on JST's site. The product pages/datasheets for the JST PH/XH/EH series don't seem to list these either; the only male ends listed are the male headers that are for wire-to-board connections.

Even Adafruit seems to carry it, but their product page doesn't list an actual model/part number either, but just points to the JST XH datasheet (which does not list them).

It may be worth mentioning that there does seem to be this variant where it looks like they just took the normal male end meant for a board, straightened out the leads, and soldered to them: 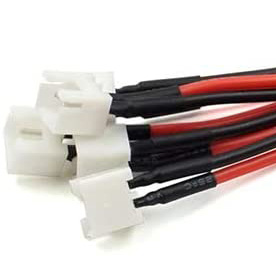 Functionally the same, but I'm not really interested in these.

Unfortunately the official JST connectors are strictly wire-to-board for those series, which is why you will see pigtail harnesses that have wires soldered to the PCB connector. There are a lot of companies in China making compatible equivalents like what you've found, but the part numbering is going to be completely dependent on whoever is making them and often that is not available.

It sounds like you may be open to other options so I'll give a couple that I've used before:

Not the answer you're looking for? Browse other questions tagged identification connector or ask your own question.