How does negative feedback control system begin to work fast

Let us consider an open loop system, which has some value of bandwidth. Now, when the loop is closed via negative feedback, the gain of the system reduces and the bandwidth of the system increases. Increased bandwidth implies quick response time. The question is that: How does the same actuator begin to work faster when the system is operating as a closed loop system as compared to when it is working in open loop

The actuator cannot become faster if it's not driven harder. The calculated bandwidth widening happens only if there's no overdrive in any part of the system. A simple example: Have an opamp with GBW = 1MHz. You may use it with voltage gain =10 and the bandwidth is only 100kHz, as a voltage follower the BW would be 1MHz.

In both cases a step input gives the same maximum output voltage change rate (=volts per second) which is specified as "slew rate" . The slew rate is limited by max currents which charge and discharge internal capacitances.

The speed is not higher at G=1 than at G=10. If your input is say 1Vpp sinusoidal, not a step, the G=1 version works without remarkable distortion in 10x higher frequencies than the G=10 version because G=1 version tries less. If you compare the versions with the same output, say 1Vpp both versions work as well at the same frequency.

This is how you need to think of the problem. You need to consider open-loop gain then closed-loop bandwidth. Consider the open-loop gain of a typical op-amp (blue graph below is voltage gain): - 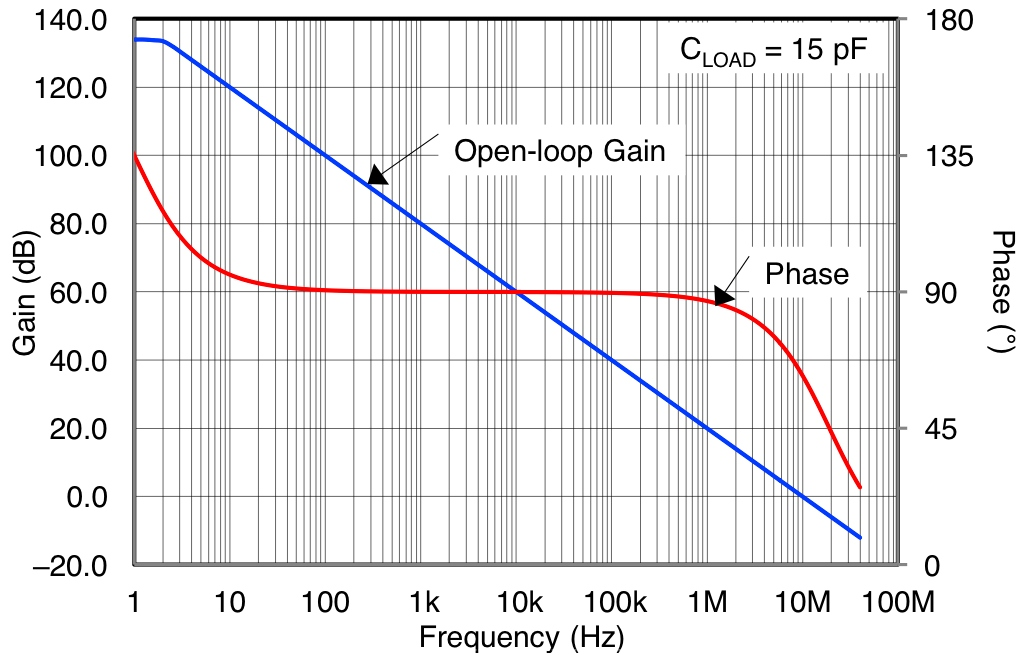 It doesn't because you have traded a flatter reduced gain for a wider bandwidth but, that doesn't mean something will become faster; both gain and bandwidth loosely contribute to an ill-defined term such as "faster".

Not the answer you're looking for? Browse other questions tagged control control-system actuator systemresponse or ask your own question.

3
Observer Based Control System Design
0
How does feedback make a system stable even in the presence of an inherently unstable element in that?
1
Ringing NOT at crossover frequency
0
Control System: DC Gain
0
How do I get the transfer functions of each channel for a control system?
0
Stability of a two poles negative feedback amplifier
1
Feedback response in linear system
2
Nyquist theory - Control system - Stability