Xilinx Spartan 3A programming connection : where are MISO and MOSI pins?

I am trying to find SPI connections to download my program to Xilinx XC3S50A-4VQG100C but can’t figure which pins are SPI pins.

Newbie alert : I just started learning FPGA and am trying to build my own dev board from the scratch ( I always learn better that way ). In microcontroller world all I needed to do was to simply connect MOSI, MISO, SCK , SS to connector pins and run the programmer but things are different here ! I am using Waveshare programmer 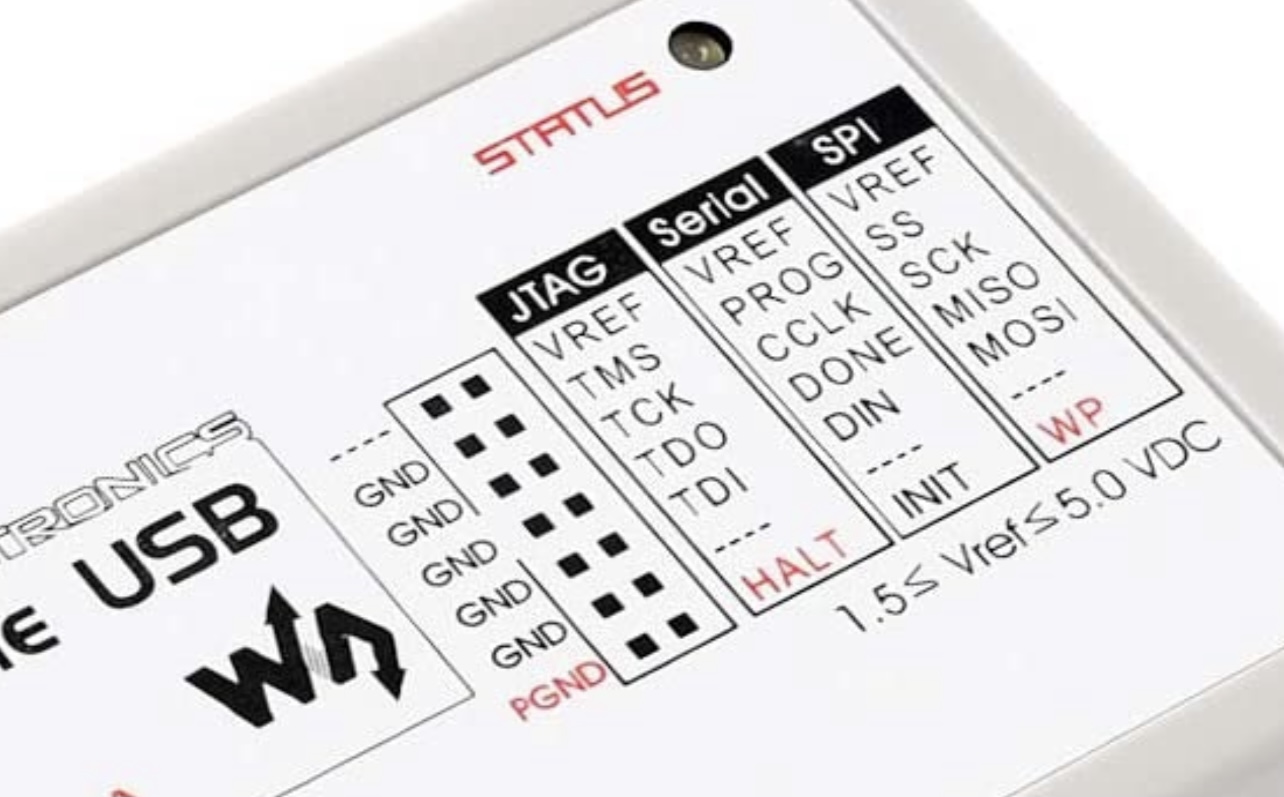 If you are expecting to be able to just use your programmer to load a configuration bitstream directly into the FPGA which only stores that in specialized SRAM, you are in for a surprise when it forgets everything every time you power it down.

Unlike microcontrollers, the vast majority of FPGAs do not have onboard non-volatile memory. The SPI is intended to write to an external SPI flash memory. The FPGA will expect a certain protocol for the SPI flash memory and a particular wiring scheme to it.

Every time, upon power up, if the correct jumpers are in place, the FPGA will automatically run through some sequence to read its configuration bitstream from the SPI flash to configure itself. So you should read the manual carefully for the acceptable flash memory that can be used as well as the wiring scheme since this will make or break your board similar to getting the JTAG programming wiring wrong on a microcontroller.

If you missed this basic difference, chances are you you missed some other important gotchas that are different than microcontrollers. Read the manual carefully, or at least skim each section multiple times to spot glaring differences. There are other differences (like clocking and power supplies). There's a reason implementing an FPGA on a PCB is more difficult (sometimes much more difficult) than an MCU. Don't assume things on an FPGA are already taken care of like on an MCU. One is like driving manual and the other is like driving an automatic.

I suggest you get a development module first which is like a tiny stripped down dev board without almost nothing on it (usually just the FPGA, power supplies, clock, configuration ROM, sometimes some non-volatile ROM, sometimes RAM, maybe an ADC, and sometimes a USB programmer) that you can plug into your own board (or even a breadboard). That way you have a reference for if your code is working or not for your own devboard. Otherwise you are debugging from two ends simultaneously. Not to mention you can look at the schematic of the development module which is much smaller and simpler to understand. It might be worth examining the schematic even if it's not the same FPGA. I recommend Micronova, Trenz (the modules actually made by Trenz, since they sell others as well), and Alchitry.

For the XC3S50A-4VQG100C device you use the JTAG interface, not SPI. It has dedicated pins.

JTAG is a somewhat similar interface to SPI but standardized for FPGAs, debug interfaces on many microprocessors and for testing purposes.

There are XC3S50AN devices that do have a non-volatile memory in the same package so you don't need to include a separate flash memory on the board. Xilinx denotes these devices with the 'N' suffix in the part number.

The JTAG signals are on these pins for that device and package:

Not the answer you're looking for? Browse other questions tagged fpga spi xilinx spartan spartan-3 or ask your own question.

3
Syncing Signals with Global Clocks in FPGAs/CPLDs and Edge Detection
4
Why do I get gibrish output to the serial monitor of my arduino mega 2560?
1
Synchronizing SPI ports for higher data rate
4
How to test if my program for SPI communication is working correctly?
0
How to correctly wire an interrupt pin, clock pin, PWM pin, SPI pin
4
ATmega328p will not enter programming mode
1
Spartan-6 input data: Use data pins or GCLK?
8
SPI on STM32 won't work without pullup resistors and even then performs poorly
1
ESD SPI/ISP bus protection
2
Getting started with AVR programming concepts