I'm trying to understand a schematic document about a USB 3.0 controller (Renesas UPD720201.) 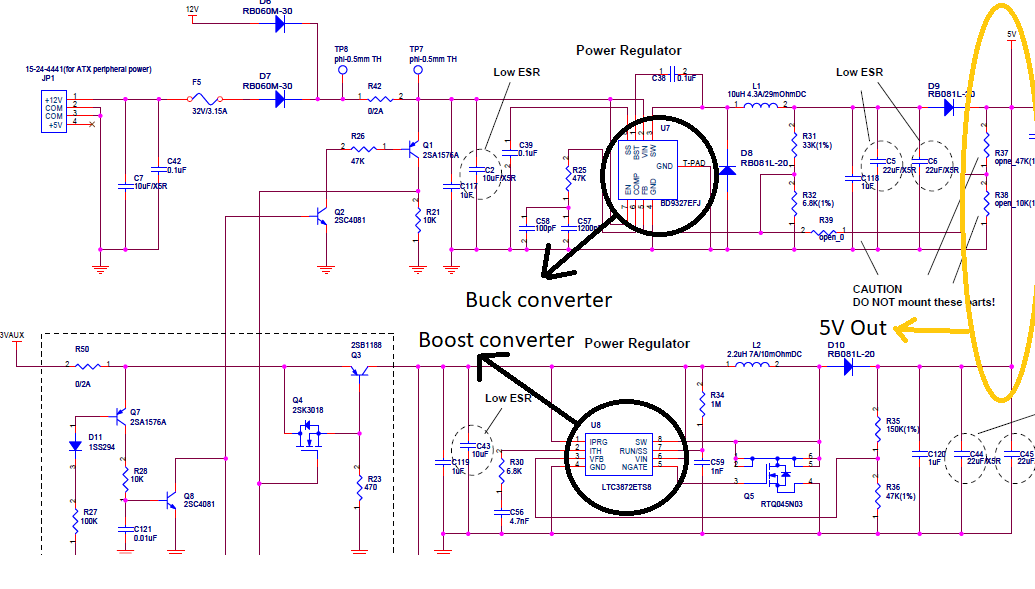 P.D: Both voltages come from PCIE Connector, maybe 12V goes down in any time and only is used 3.3V supply?

EDIT: I have added more images from schematics. 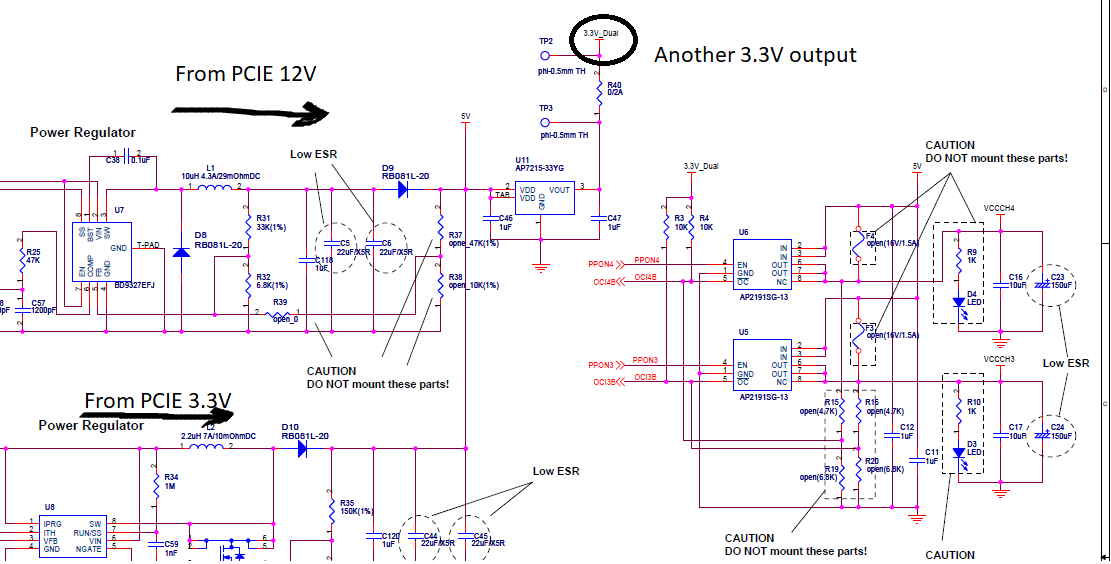 It it likely that the 3.3v line here is connected to the 3.3v auxiliary (standby) supply from the PCI-E connector. The USB3.0 controller you mention is designed to work with PCI-E.

I would suspect this is related to some kind of 'wake-up' functionality for whatever PC it is connected to. The PCI-E bus offers a WAKE# signal.

Alternatively, it might be there to offer a trickle charge for connected USB devices, similar to the feature seen on modern Gigabyte motherboards.

Since the two converter outputs are connected together, this can produce +5V from whichever supply is present. In other words, if the 12V supply is absent, then +5V is derived from the 3.3V supply, and vice versa.

D9 and D10 form a "diode-OR" configuration which "steers" the greater of the two converter outputs to the ultimate 5V output, and simultaneously prevents the output of either converter from injecting current into the other.

You might think that this would cause the output to drop under 5V (by 0.7V), but cleverly the designers have taken feedback from after the diode, to compensate for this.

Edit: I suspect that the designers also configured one of the converters to produce a slightly greater output voltage than the other (like 5.0V and 5.05V), so that when in operation, the other converter senses an "overvoltage", and ceases its switching, becoming effectively idle. This function is perhaps implemented in the large transistor network preceding both converters, though.

Not the answer you're looking for? Browse other questions tagged power-electronics schematics or ask your own question.