I am working on a fire detector project using a flame sensor.

This sensor can detect IR light wavelength from 760-1100 nm using a YG1006 phototransistor.

I have read that if the wavelength is bigger than 850 nm then it can be regarded as a fire. The flame sensor output using an Arduino is only the 10 bit ADC value.

How do can I convert this ADC value from the sensor to the IR wavelength? I really need help to know if this possibe or not.

I have read that if the wavelength bigger than 850 nm then it can be conclude as a fire.

That's not how it works. The phototransistor can't detect the actual wavelength, it's just sensitive from 760 to 1100 nm and can tell you that there's power within that range.

How do we convert this adc value from sensor to the IR wavelength?

You can't, because the ADC value contains no definite information on the IR wavelength whatsoever. Only intensity of the whole spectrum between 760 and 1100 nm.

It's a phototransistor which is sensitive around 760-1100nm wavelength. I think there is no need to sample the output with adc because It conducts within this wavelength range. 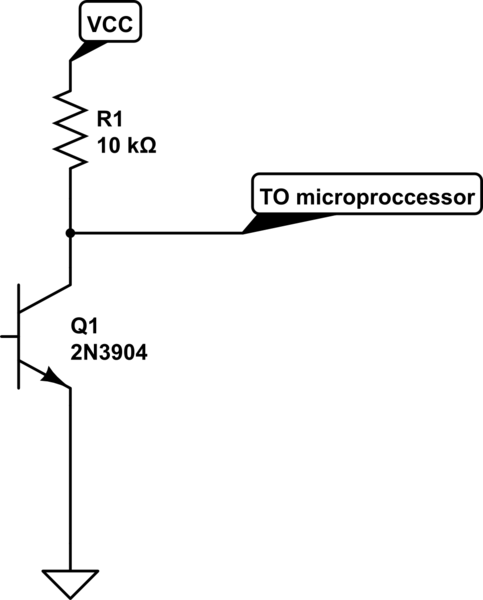 Using a pullup resistor you may detect when the transistor is ON state, which detects flame.

Not the answer you're looking for? Browse other questions tagged arduino sensor adc phototransistor light-sensor or ask your own question.