I am trying to apply two-port feedback analysis to a circuit similar to the one shown below. I can't represent the forward amplifier as a two-port network because the input signal and feedback signal go to different inputs.

Is it a valid operation to refer the feedback signal to the non-inverting input of the forward amplifier to form a two-port network as shown in the second figure? 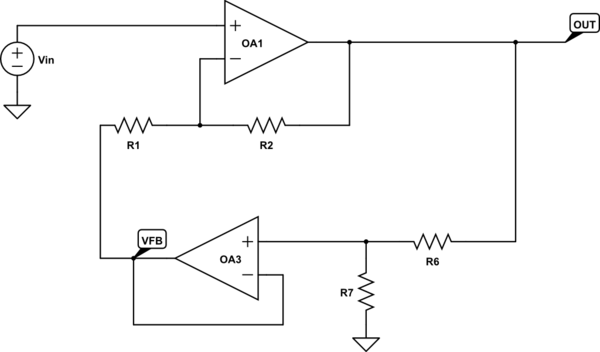 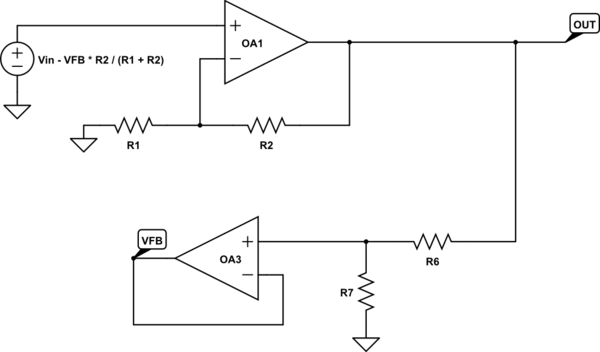 If all R values are equal, the use of Vin- vs Vin+ for feedback is irrelevant in this 1st circuit.

To make this easier to understand...

The non-inverting signal input with negative feedback causes both O.A. inputs to follow the input with a "virtual" null difference. So if all R's are equal the gain= +2 and the use of a Vout/2 buffered then matches and follows the input.

But using the Vin+ referenced to 0V using Vin- with a gain of -1 will not produce a Vfb of 0V to match the grounded reference of Vin+. Now both inputs are 0V but Vfb is still Vout/2 changing it's polarity won't help.

The label nodes are connected.

Not the answer you're looking for? Browse other questions tagged operational-amplifier amplifier analog feedback or ask your own question.