I am going through The Art of Electronics, 3rd Edition improved. In chapter 12.4.4, Protecting power switches, Figure 12.45 shows current limiting the high side switch; B: fixed current limit: 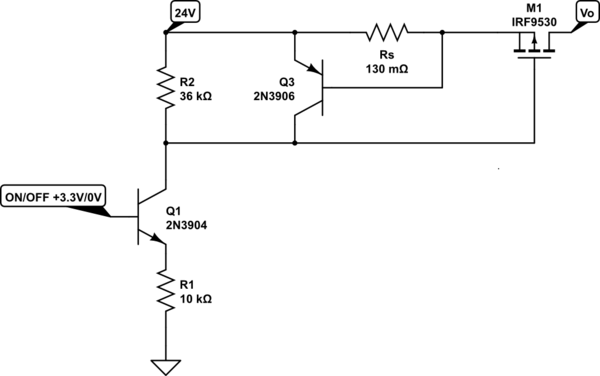 The circuit can also be made more precise (V_BE of Q3 uncertainties) for example with replacing Q3 with a differential amplifier. Would it be the solution here:

With Rs at 0.13 Ω, the current that flows to start turning Q3 on (and thus start lowering the gate source voltage of M1) is about 5 amps. This is based on 5 amps flowing through Rs producing a base-emitter voltage of 0.65 volts. So, at round about 5 amps, the circuit starts to limit the current. 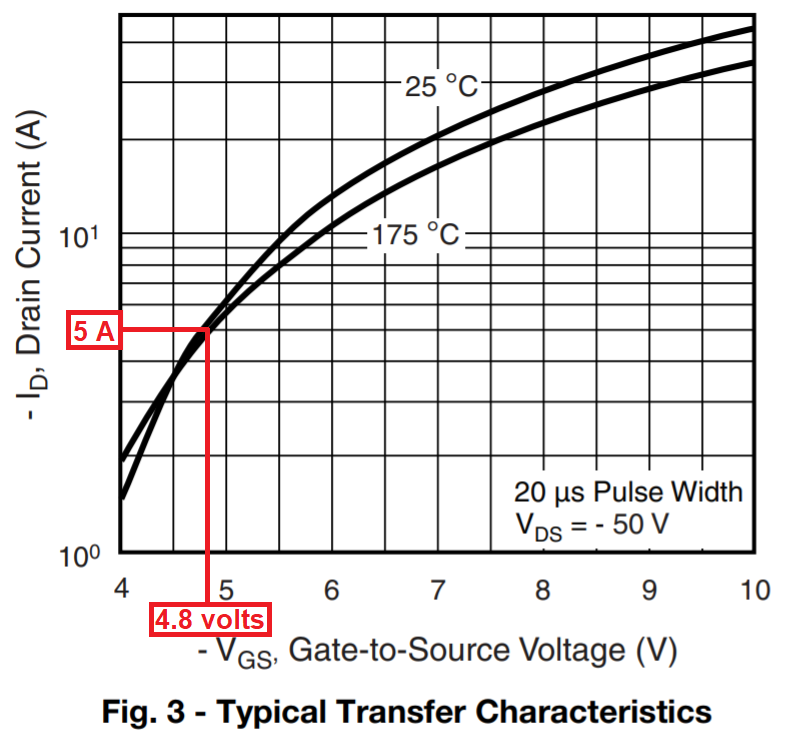 So, the gate source voltage will be around -4.8 volts and, if the supply is 24 volts then the gate voltage relative to ground is 19.2 volts. 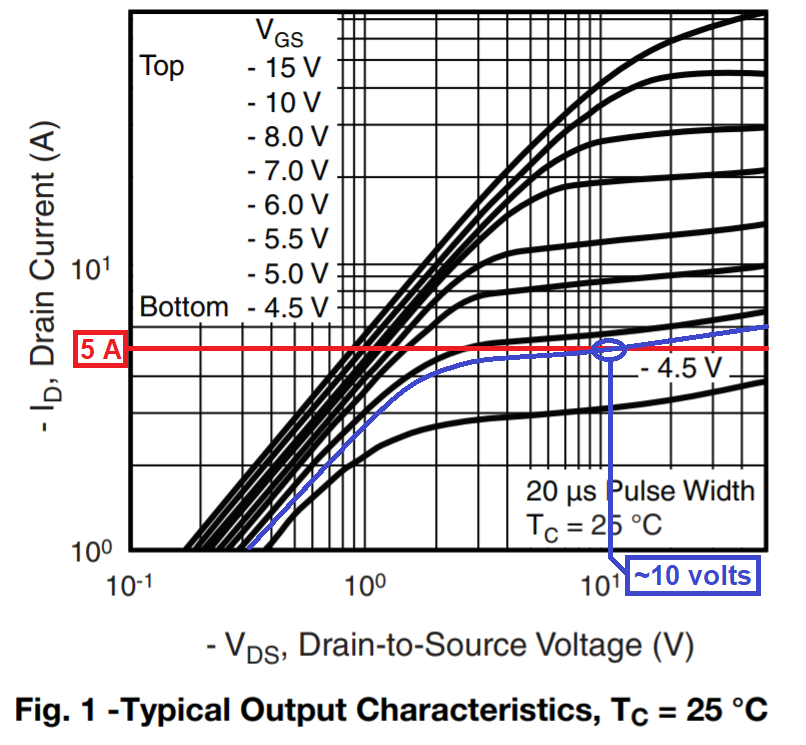 And, if there were a -4.8 volt contour line (I've added one in blue) you'd find that the drain-source voltage would be about 10 volts and the MOSFET would be dissipating about 50 watts.

You then need to ask yourself how long this device will survive current limiting like this. I'll leave you to figure that out from this graph of which I've added some colourful clues (take note of the title of the graph): - 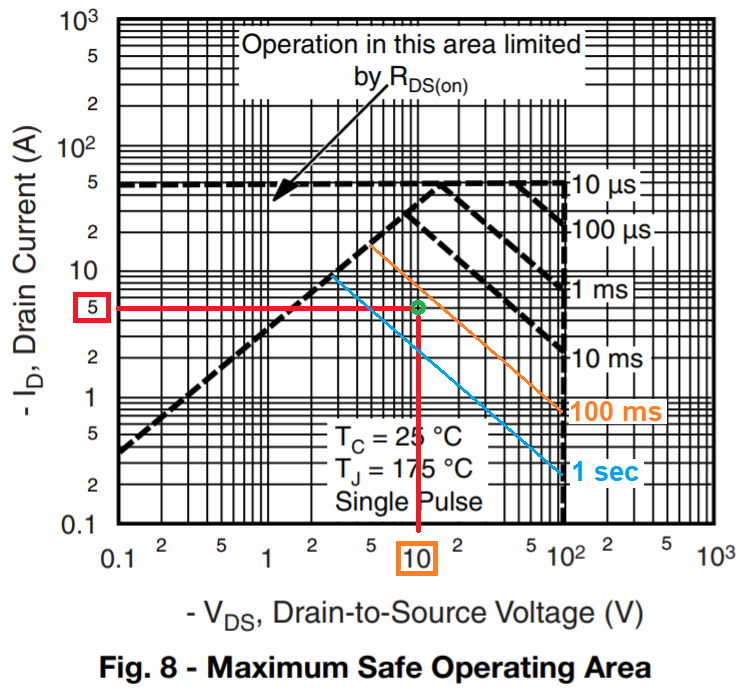 The big uncertainties are not the BJT but the MOSFET itself and variations in gate-source voltage that produce such and such a drain current.

Would it be the solution here (link in question)?

It's not clear what you are actually comparing that with.

That’s not important as long as RdsOn can limit the current over the gate voltage range more than Vt.

Here with M1 that has a suitable low RdsOn to allow current limiting, the current limit will always be exactly Imax= Q3-Vbe/Rs. The Vgs will be just enough above Vt threshold for any load that draws this current.

Since the input controls the Q3 current as M1 draws no gate current in the static condition, and Q1,Q3 BJT’s are in high impedance current sinks, Vbe will change very slightly with Ic-Q3 and thus Vbe/Rs=Io.

This configuration is independent of hFE and gm of the M1 as long as the Vgs exceeds Vt by a sufficient amount to draw Io.

Vt will affect the Vgs voltage with the square-law controlled Ron resistance but in this closed loop the current will always be dominated by Q3 Vbe to limit the Io Current as the gate draws almost no current.

Ambient temperature of course will have the NTC effects on Io from Vbe.

To prove my assertions,

To prove both, I used hFE=1 by reversing the PNP transistor and plotted Vcb with an ammeter shown. M1 has a sufficiently low RdsOn and Vt to draw the sensed current and cannot exceed the current limit of Rs.

The load is controlled by a pot on a Darlington. I_out= Vcb just as it would for Vbe if the PNP were not reversed, however the Veb would be exceeding it’s rating of -5V for 24V supply. But this proves the diode current mirror effect of the Rs exactly limits the current with high loop gain from gm of Q1 * M1 .

Not the answer you're looking for? Browse other questions tagged current-limiting or ask your own question.