Identifying the manufacturer and specifications of W06M bridge rectifier

I've got a PCB containing the below-presented bridge rectifier. I searched for "W06M" however several parts with the same part number, but from different manufacturers, were displayed to me.

Is this a general part number? If so, what characteristics does it have?

On the other hand, according to the phrase "DC", I guessed that the part was produced by "DC COMPONENTS CORP" or according to the symbol on the right, it belongs to "SEP ELECTRONICS CORP". Which one is correct?

It's a really common part, or rather was in the days of through-hole technology.

A 1.5A 600V bridge rectifier, versions of which were made by most every rectifier assembler in Taiwan, and probably originally GI (a faded memory). We bought a bunch from a company named Tesla in Yugoslavia one time. 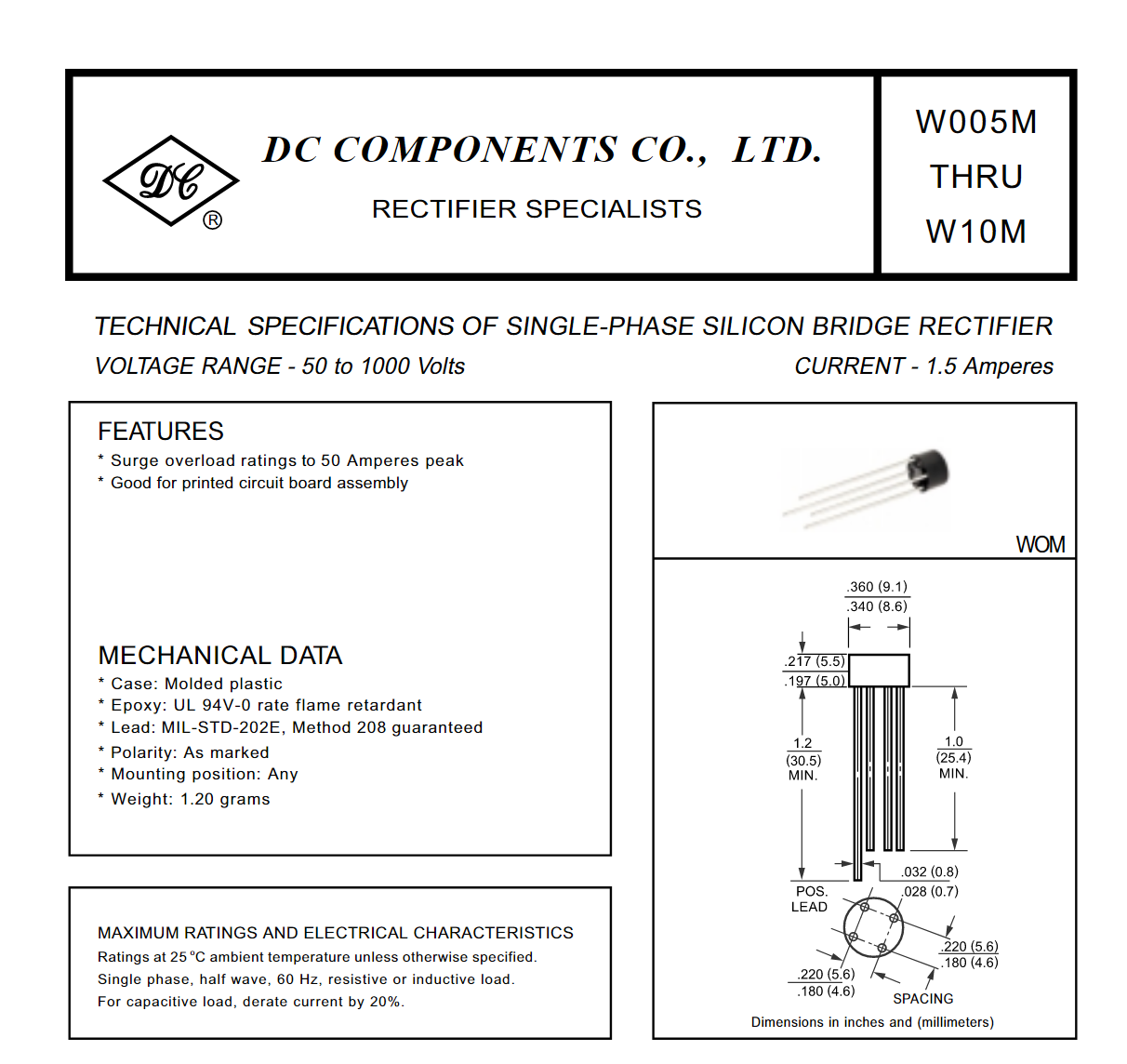 You can find their current datasheet here. They are probably willing to sell directly if you meet minimum order requirements (maybe 10,000 pieces).

Any similar part will do electrically. The backwards UR marking (Underwriter's component listing) may not be on all manufacturer's versions of this.

Not the answer you're looking for? Browse other questions tagged identification components bridge-rectifier or ask your own question.