What makes the value of the surface to case thermal resistance? 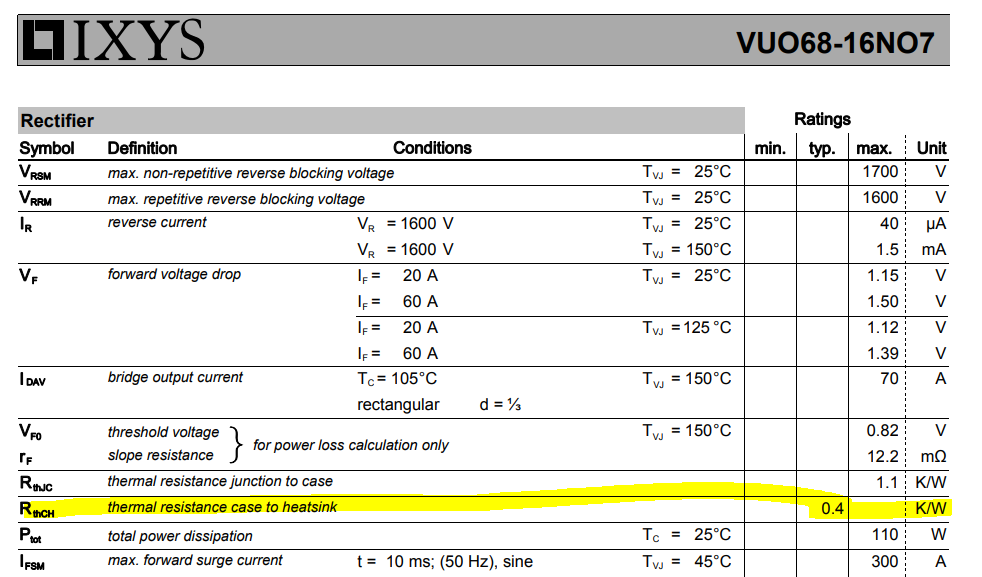 The datasheet notes that the case to heatsink thermal resistance is equal to 0.4 K/W. I do not know how they obtain this value as the thermal resitance depends at least on the paste between the heatsink and the case. I do not understand why there is no information in the "Conditions" column. Some datasheets give the value of the thermal conductivity of the paste that they used for obtaining the case to heatsink resistance.

I mean, the thermal resistance is defined as follows:

Where e is the thickness, p is the thermal conductivity and S is the surface.

If I suppose that the thickness between the case and the heatsink is constant and the thermal conductivity is the same as I used the same paste, the only thing that is changing is the surface, so if I know the surface thermal resistance, can I then determine the surface to heatsink of other components with different surface? Do you think my hypothesis are not realistic? Otherwise do you have another protocol that allows to correctly estimate the case to heatsink thermal resistance?

It might seem strange for them to include that in a datasheet, but it is actually fine.

The typical range for case-to-heatsink thermal resistance for a TO-220 clipped or screwed to a heatsink and using thermal grease is around 0.3K/W - 0.5K/W.

'thermal grease' is already as specific as you need. Yes, there are a huge range of thermal interface compounds, and they are referred to by other names like thermal grease or thermal paste.

All but extremely exotic and expensive thermal pastes have one thing in common: they have absolutely awful thermal conductivity.

The point of using them is to facilitate thermal interface. Two seemingly smooth surfaces are actually microscopically rough, and when clamped together, they actually have a lot of air gaps distributed throughout that has pronounced negative impact on thermal conductivity.

Thermal paste's main job is to just fill in those gaps with literally anything else. Anything is better than air.

Its awful thermal conductivity doesn't have that much of an impact because it is still way more than air, and it is a very thin layer and it gets pushed out of the way in areas of direct contact.

I am completely serious, I've actually used toothpaste very temporarily for mounting a CPU cooler to a CPU. Performance was actually a bit better than some no-name thermal paste I had but it degrades rapidly as the toothpaste dries out. But even after 12 hours, it is still close to the performance of other thermal pastes.

Apparently denture adhesive doesn't have this problem but at that point, might as well use actual thermal paste.

My point is, you don't need to spend time or effort worrying about this. Screw the thing to a heatsink, or clip it to a heatsink, and as long as you have something between it and the heatsink, it will be close to 0.4-0.5K/W. And it will be negligibly better no matter how fancy a material you use.

You can of course eliminate the interface completely by just soldering the tab of the TO-220 to a copper or nickel plated heatsink, which is what you should be doing anyway if 0.1K/W of thermal resistance actually matters for your application.

Just to drive this point home:

Notice that the case-to-sink thermal resistance is marked as a typical value. The manufacturer is not guaranteeing in any way that you will obtain this value. The actual value could be higher or lower. This parameter is just provided for your information, and it suggests that using common techniques the manufacturer has observed thermal resistance values similar to this.

You will need to look at the documentation for whatever mounting method you choose. Given the specific package (e.g. TO-220) for your device, the manufacturer of the thermal paste or thermal pad should be able to give you an estimate of the actual thermal resistance.

You have identified the basic parameters which assume nominal (OK) values for the following variables: ranked in order of importance. None of these are specified but relied on model testing with typical manufacturing process (stamped, forged, machined, etched)

For SMT: the heat flux locations, top sink, bottom to solder, leads, following as directed for 2 oz copper with thermal vias to other outside layer then alum clad is better or copper could be 50'C/W per sq. (est.) for Rca but no values given for Rcs
Rja assumptions are in the footer notes below the table.

This link gives a basic PCB rules including traces and passives. 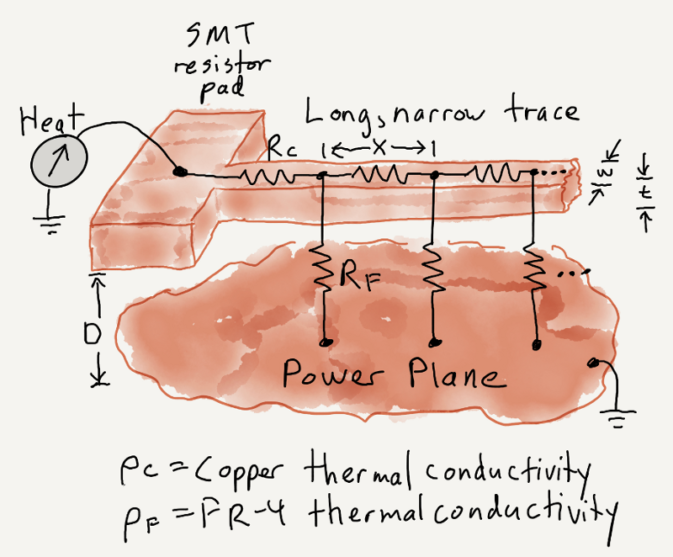 The value given looks like it's based on some of their laboratory testing. Manufacturers usually give mounting instructions for each of their high power packages, there's a pretty general one from IXYS here: https://www.ixys.com/Documents/DesignResource/IXAN0023.pdf which gives some idea as to surface finish and thermal paste (but nothing for that specific package, which I find slightly odd). The datasheet for that part also gives a recommended mounting torque; I highly suggest getting a torque driver for that purpose.

As far as using that value to infer the value for other parts, I would not give it too much weight, nor would I put too much effort into trying to calculate an exact figure. I suggest using the information provided in the datasheet for the part you want to use to come up with a reasonable estimate using worst-case conditions, add in a design factor, and then do some real world testing.

It's an estimated 'typical' number. From their description of datasheet parameters:

So if you have mirror-finish polished surfaces and very thin thermal interface layer you may do better, if your heatsink is rough and you have a thick layer of mediocre thermal paste, you will likely do worse.

Not the answer you're looking for? Browse other questions tagged switch-mode-power-supply resistance semiconductors thermal or ask your own question.