Here we identify the color code determining the values of non-inductive wire wound resistors, specifically Yageo's NKN series (but applicable to other manufacturers of this class), which are a unique and separate case recognizable by a final black stripe, NOT TO BE CONFUSED WITH CASES OF normal 3 or 4 BAND RESISTORS WITH AN ADDED TEMPERATURE COEFFICIENT BAND, which are then often wrongly interpreted/read as 4 or 5 band resistors respectively, as is the case in the answer of which my question was wrongly deemed a duplicate of! The non-inductive resistors treated in this question use a unique color coding scheme which differs greatly from the standard code, and as this issue has never been raised on Stack Exchange or the internet at large, it is valuable to present an explanation of its recognition and interpretation, as it is otherwise almost impossible to find information about them.

I was just disassembling an Asus 19V 4.74A laptop SMPS power brick, and came across these two resistors. I am at a loss as to their values, as neither seem to follow the standard color code we all know and love... Both test 0.0 or 0.1 on my multimeter, and both look brand spanking new, no burn marks, and the power supply works a treat. My guess is that these are some kind of fancy current sensing resistors, with super low resistances (the standard color code doesn't allow for anything lower than 0.01 Ohm). Any of you kind folks seen something like this before, and could maybe explain the code for this type of niche resistor? 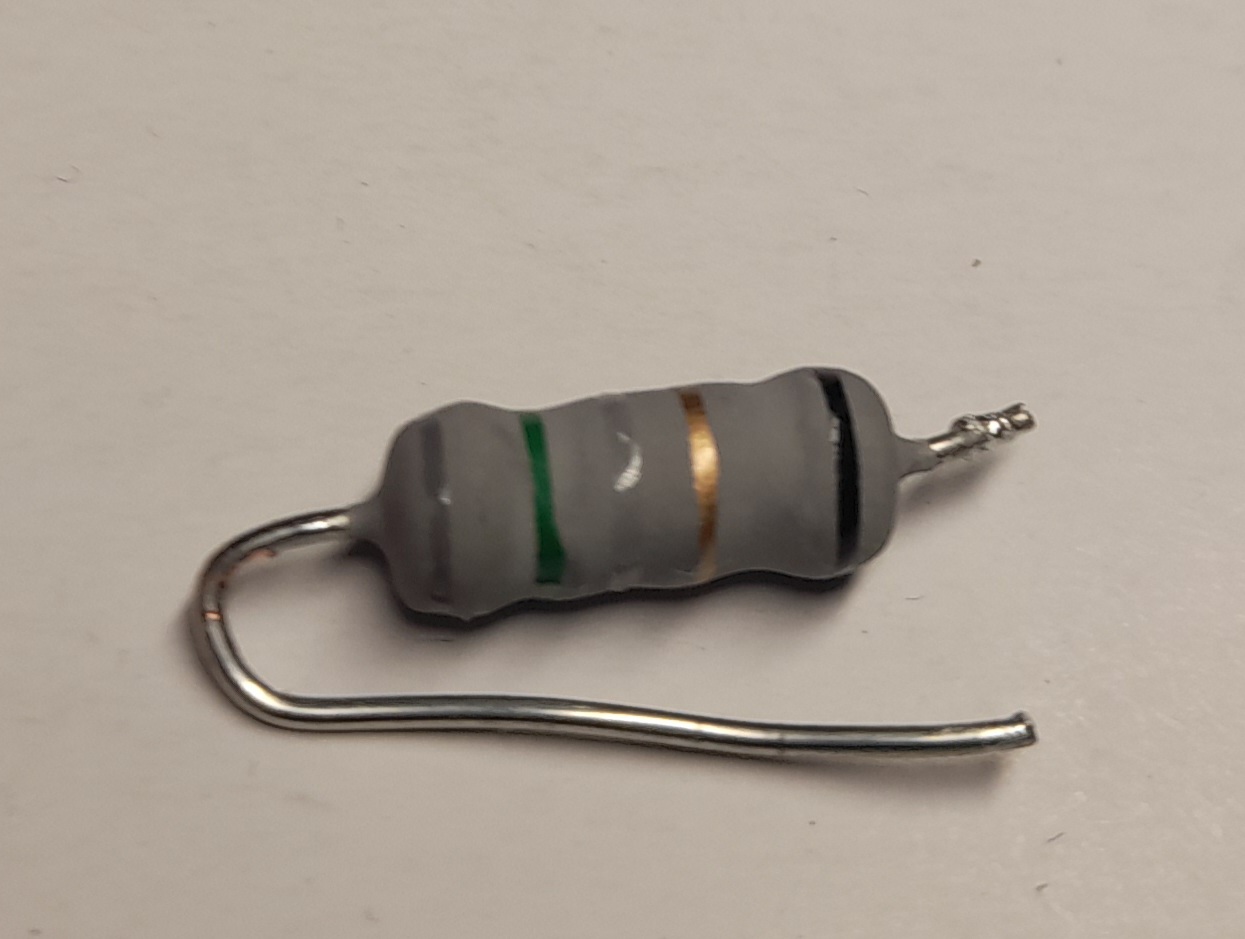 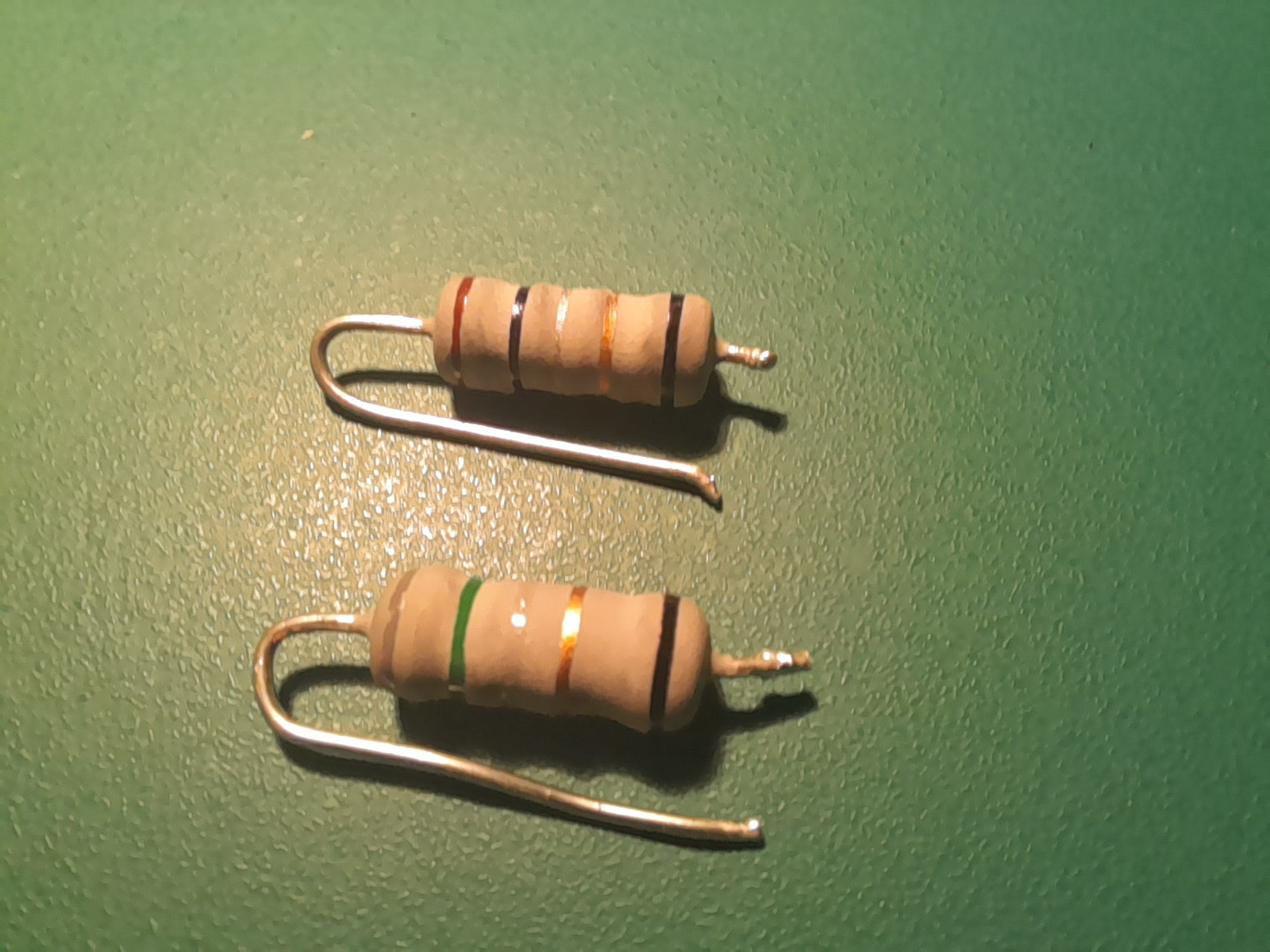 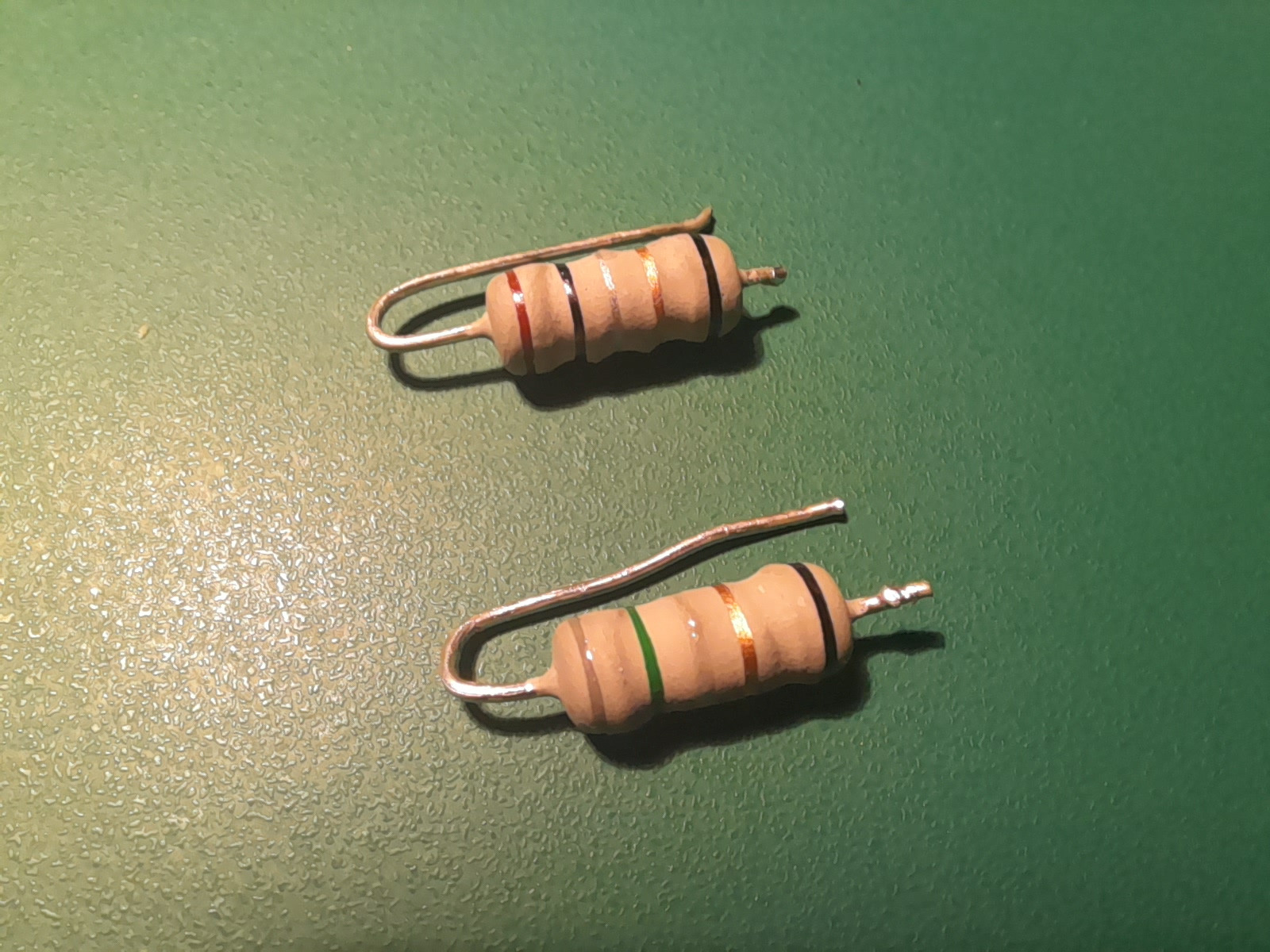 To my mind one is brown, black, silver, gold, black and the other gray green silver gold black.

These are likely (we can't know for sure without knowing the manufacturer) non-inductive wire-wound power resistors. This is sometimes characterized by that final black band.

They, unlike normal wire-wound resistors, avoid inductance by having half the windings wrap the opposite direction. You can kind of see that under the ceramic.

You are quite right in that they are probably for current sensing.

So after much searching and some great advice from @evildemonic I managed to find a datasheet with an updated/more detailed table of the resistor color code markings. Our guess is that these are Yageo NKN series wire-wound non-inductive resistors (available E24 0.03-220 Ohm, 1-7W), 1W type. Now that datasheet says these should have a green colored body, and these are grey, but some show the Yageo ones in grey too, so whatever, even if they are clones, they follow this numbering scheme. The defining characteristic is a final black band, indicating non-inductive (and not a temperature coefficient marking, as these are 300ppm/K, a class that doesn't exist in the traditional marking scheme, black would otherwise be 100/200/250 ppm/K depending on who you ask). I figure some other companies might also use this scheme for 'ultra' low value resistors (anything lower than 0.01 Ohm or requiring a further decimal in the tens of miliohms). One other thing I've seen is also pink as the 0.001 multiplier, in some other companies datasheet, just to give you an idea if you're picking your brain deciphering some odd looking resistor.

Here is the color code: 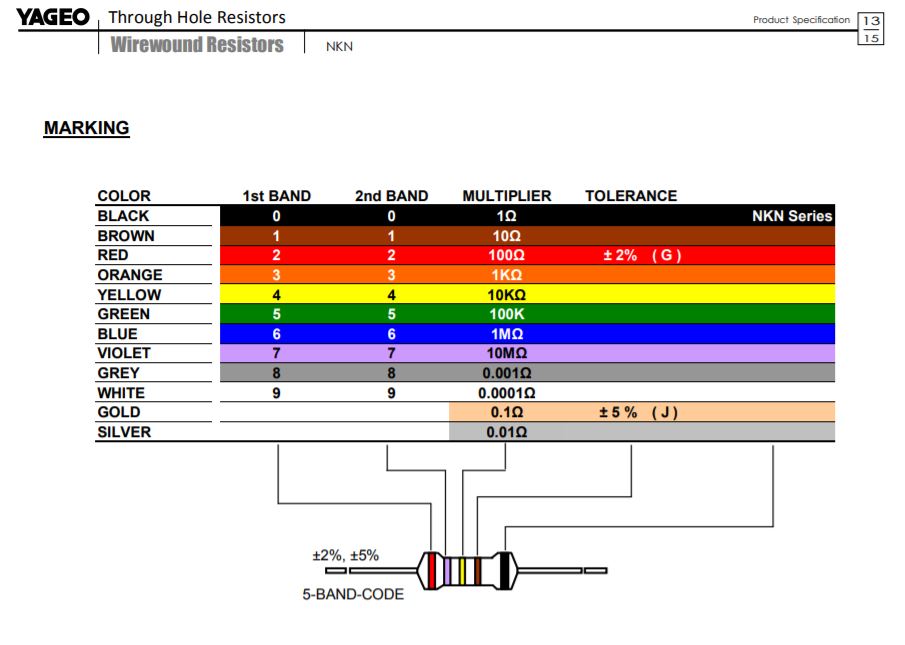 So the answer is:

Not the answer you're looking for? Browse other questions tagged resistors resistance multimeter code or ask your own question.

3
Identifying a resistor with a weird band combination