Connect negative terminal of a battery to Earth

I want to find out what happens at the moment when we connect the earth only to the negative terminal, leaving the positive terminal disconnected? Does there happen a very short electrostatic discharge immediately after connection such that the electrons sitting in the magnesium chunk get absorbed by the earth?
(the earth is here considered as electrostatically neutral uncharged source with constant potential, which can absorb und donate a huge amount of electrons without changing it's potential) See also this image: 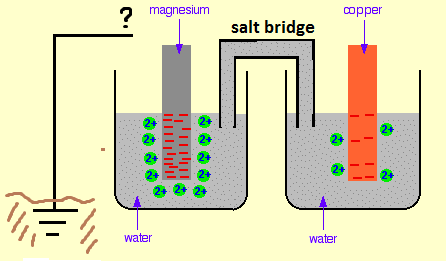 Question: What happens at the moment we connect the negative terminal (magnesium) having excess of electrons with earth und leave simultaneously the positive terminal unconnected?

Clearly, since the positive terminal is unconnected, there cannot establish a steady current because there is no closed circuit between positive and negative terminals. Therefore such connection will surely not drain completely the battery, but the question is if it could happen that only the burst of electrons which actually inhabiting the magnesium anode going be absorbed by the earth and then everything stops.

But I'm primary interested in electrostatic effects and want to know if there happens a electrostatic discharge at the contact moment within a very very short moment sending the excess electrons from negative terminal to earth or does there really literally 'nothing' happen? 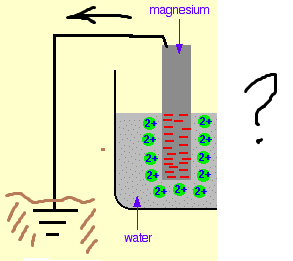 That seems to be quite similar to the question what happens immediately after we connect the positive to negative terminals of two Galvanic half cells but remove the salt bridge: 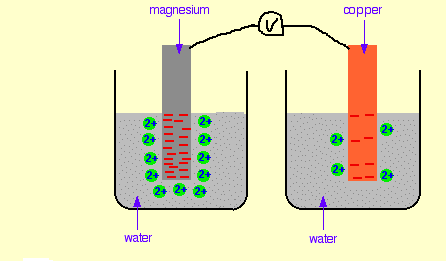 Again, clearly without salt bridge there can no consistent current happen because the salt bridge closes the circuit as ion conductor.

But nevertheless, at the moment we connect the two terminals/electrods whith a wire, shouldn't the excessed electrons at magnesium electrode not nevertheless flow to copper electode and then stay there to compensate the charge/potential difference? And only then because due to lack of salt bridge everything stops?

Are my reasonings correct or if not what is my error? (I asked the same question in physicsstack

Conncting two objects together, like earth and your circuit, in a way that does not close a loop will pretty much do nothing after connecting them.

When you connect two objects together, they will be at the same potential. If they originally were not at equal potential, it means that there was charge between them, and connecting the wire will discharge the potential difference quite rapidly as charges redistribute.

There will be no electrons or current flowing after that.

In order to have a flow of current, you need a loop with a potential difference.

As far as the salt bridge, it would look something like this: 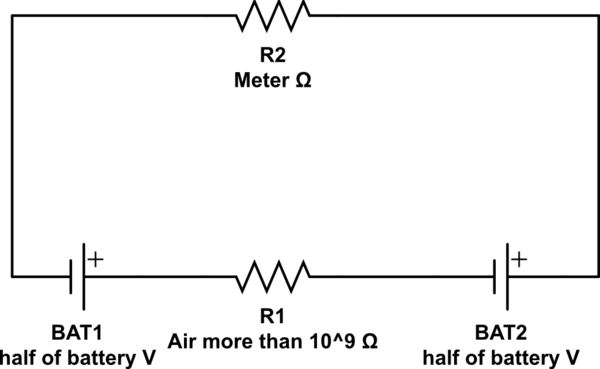 So unless you have a meter that can measure the resistance of air (most stop at 10^7 or 10^8 ohms) you won't see a current and it will register on the volt meter as open.