I have configured 10S5P lithium power pack, because the old lithium batteries had almost no capacity.

So I am having the following problem, the old BMS is a 8S BMS, because I have configured 10S battery pack I cannot use the old 8S BMS, but I want to use it because the old BMS has a chip on it so it sends a signal to the bicycle with it's ID. Whenever the controller of the bicycle reads the chip it checks if the ID is the same as programmed. 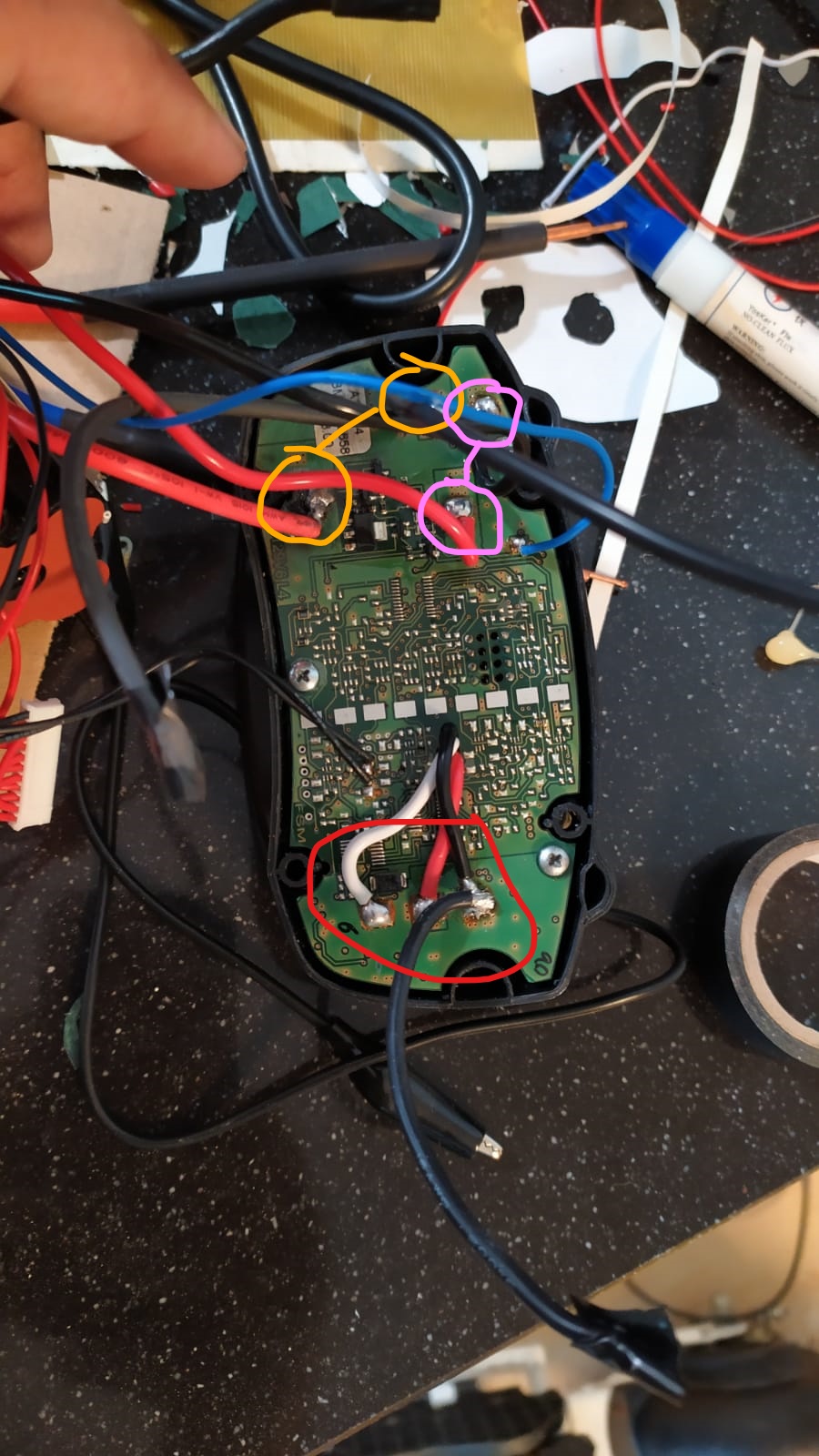 So, now the following:

So how do I connect the old BMS with a new BMS? The new BMS will be connected with the battery pack And it has -P (Power negative), -C (Charging negative) and -B (battery negative).

The old BMS must be able to power on, but the new BMS will be doing the balancing.

9
How does a battery balance and protection circuit work?
0
Charging Li-Ion with BMS and CC-CV DC converter
0
If you have a BMS, will current be limited at some points to a DC motor and affect performance?
1
Battery Balancing Board Equilibrium Current?
0
Lithium ion battery pack charge current
0
Lifep4 BMS and control
0
3S Lithium-Ion power solution for a project