Tuning problem for an AM radio receiver

After some months I went back to try to make my AM radio work. 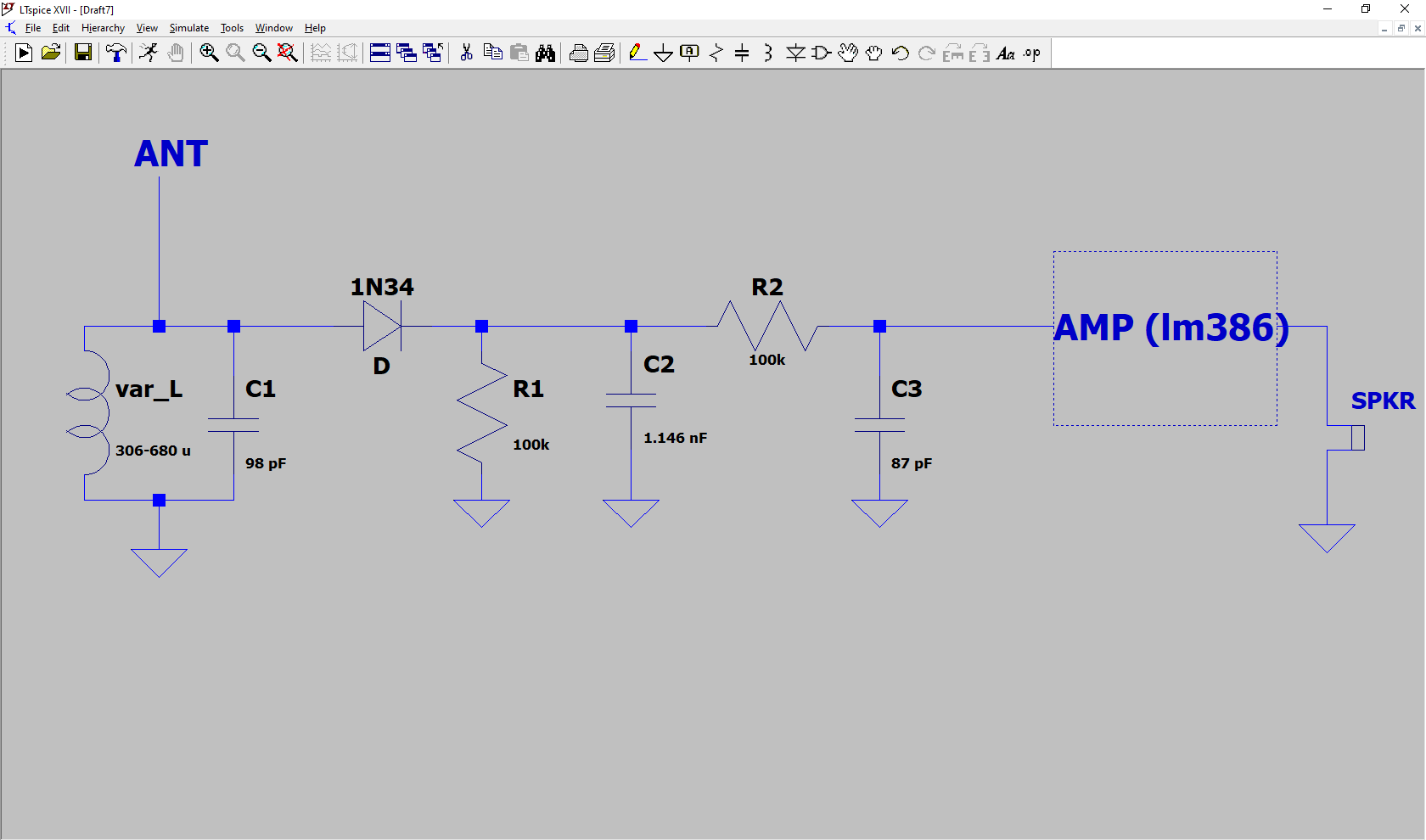 The fact is that I cannot tune to any station (I have a commercial radio that can pick up AM station, so I know there are some) and only hear static. I've seen many schematic like mine and some put a capacitor in the pF range at the foot of the antenna (but none explain the purpose of it, so I don't know why it should go there) so maybe that is the problem.

1- "put a capacitor in the nF range at the foot of the antenna" as you have seen.

Target : This is done to make use of the "parabolic" curve of the diode at low levels. This is not an "envelope detector".

<<< I've seen many schematic like mine and some put a capacitor in the pF range at the foot of the antenna (but none explain the purpose of it, so I don't know why it should go there) so maybe that is the problem. >>>

Now, you can see that the capacitor at the foot ... will lock the DC part and allow the diode to be well polarized.

NB : A coupling capacitor of 10uF (or more) would be useful for wiring to LM386.

EDIT : after comment of Audioguru, I made some "upgrade". Now, the bandwidth is ~ 5kHz, and output is much higher ... NB : Amplitude generator (amp) has been made also 10 times lower then in previous picture (was 10, now is 1). Note also that this version is more subject to "overload" signal.

Only guesses are possible.

1N34 datasheets reveal virtually nothing what kind of performance in mV range rectifier applications could be expected and I have never had the diode in my hands. But you need millivolts of audio to the amp input to get something hearable. Do you have it and how well your amp works are both unknown.

One possibility is that your amp input pushes DC towards the diode (a nasty guess) and blocks it. A few uF series capacitor in the amp input would fix it if the amp works otherwise.

There's too much signal attenuating resistors and capacitors. I would keep only R1 and C2, R1 can be smaller, only 10kOhm as suggested already by others. 100kOhm makes the following of treble frequencies poor.

Your resonant circuit as shown numbers seem to be tuned in the MW band. But antenna has substantial capacitance which must be taken into the account as an extra parallel capacitor. Your inductance can be too high. The small series capacitor in the antenna input fixes this, but it weakens also the caught signal.

Do you have a station close and strong enough? A superhet receiver is much more sensitive than a crystal receiver. No way to measure it from here.

Finally your antenna can be badly constructed - too near of big conductive objects such as wood or concrete which absorb the signal or its insulation leaks to the ground - a few kOhm leak in a single point pulls the signal on its knees.

Not the answer you're looking for? Browse other questions tagged radio am tuner or ask your own question.