P-MOSFET reverse polarity protection, resistor and diode or not?

I have a PCB with a DC barrel jack, for which I would like to have a reverse polarity protection.

The circuit exists in 2 variants, one with 5V input, the other one with 12V input, at 6A.

Note I also have a TVS (SMBJ5.0CA or SMBJ12CA depending on the variant.)

I was thinking about using a P-MOSFET. In reading here I've found a variety of posts, in particular these:

Two solutions include only a P-MOSFET, while one also includes a resistor and a diode.

In my case, I'm not planning on protecting against sudden polarity changes, I only want that if someone plugs an incorrectly wired DC jack, the circuit does not fry.

For the 5V version, I also need the voltage to drop as little as possible (maximum acceptable is 250mV, though something like 10mV would be much better.)

I so far can't wrap my head around whether or not I need an extra resistor and diode.

I would consider using IRF9530 discussed in the first post, but to keep things cooler, would something IRFP9140 be a better choice? (Better drain current, lower Rds, higher power dissipation.) Would I need a heatsink?

Edit: Based on @Andy aka's answer, I'm now considering IRFB7440PbF. It has a low Rds(on), a suitable Vgs in my case (max 3.9V), and the voltage drop should be appropriate, as if I read properly, at 5V it whould be 0.2V 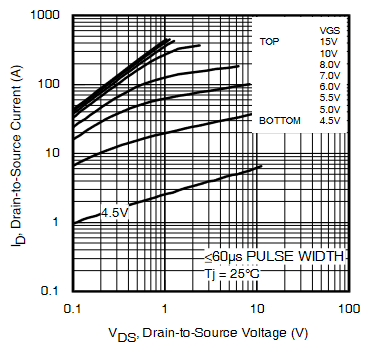 Note I also have a TVS (SMBJ5.0CA or SMBJ12CA depending on the variant).

Those TVSs are bidirectional devices so, I suggest you consider unidirectional types because they will naturally restrict the reverse voltage to something less than 1 volt. I would also suggest you consider using a 6.3 amp fuse so that if someone did wire the supply the wrong way round then, the fuse would protect the TVS and, in turn, the TVS would protect the main part of your circuit.

Using a fuse would also mean that if someone applied 12 volts to a 5 volt variant, then it would be over-voltage protected. Sometimes, simplicity is best.

Regarding using a P channel MOSFET as a reverse protection, you asked this: -

would something IRFP9140 be a better choice? 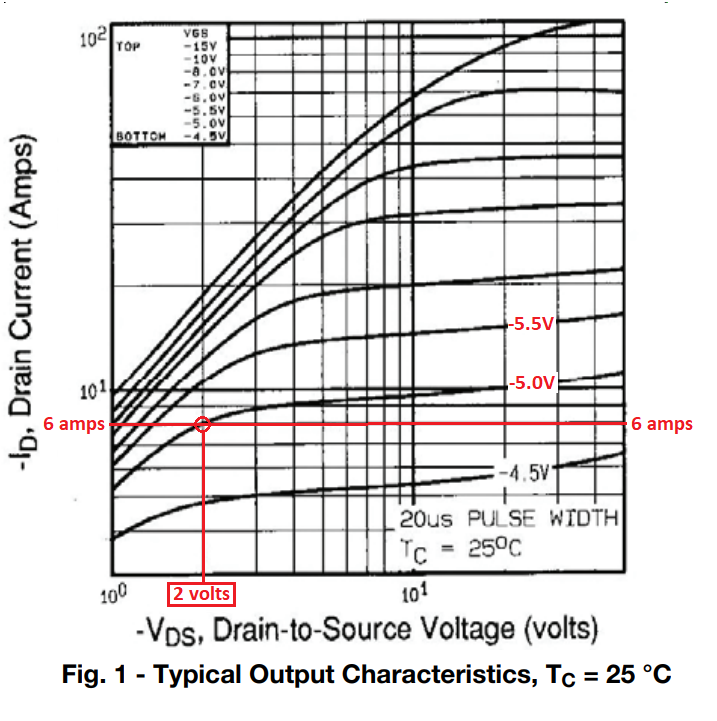 The simple answer is when running from a 5 volt supply the volt drop of the MOSFET would be terrible (2 volts) at 6 amps. So, when you are advised this: -

You need to choose a MOSFET with maximum Vth less than your supply (e.g. 5V) to make sure it will turn on when power is applied.

You need to be very careful about believing it. The IRFP9140 has a threshold voltage that is no more than 4 volts but, as per the graph above, it clearly is a poor choice when the current is anything more than a few hundred mA. Always look in the data sheet for the graph above.

Given that you have TVS diodes in your design, there is no compelling reason to use a Zener to prevent the gate-source voltage being exceeded.

The resistor and diode are used to limit the voltage applied across the gate to source junction in cases where this would be exceeded.

You need to choose a MOSFET with maximum Vth less than your supply (e.g. 5V) to make sure it will turn on when power is applied.

You also need to make sure you don't apply a higher than allowed Vgs. If you will violate this, then you'll need a zener diode and a resistor to limit that voltage. You would choose a zener with a voltage rating that is less than the maximum allowed Vgs, but more that the Vth required to turn the FET on. The resistor is chosen to set current through the zener.

In reality you want margin on those voltages, and allow for how ever much Vth shifts over temperature. You can often find voltage vs temperature in the data sheet. You should be able to find a MOSFET that will work for your voltage range without a resistor and diode.

Not the answer you're looking for? Browse other questions tagged reverse-polarity or ask your own question.