So quickly getting out of things I have previously done however trying to send SPI controller signals across long ranges using either 18 AWG cable or based on all the recommendations we have been reading, using two way max485 or rs232 transmit/receive with cat5/6 cable. The initial phase 1 of our build is to stay with the SPI controllers for the LEDs and later on move to programmable so adding in Pi or Arduino based and removing the SPI controllers. We don’t want to do that for this phase if we can help it.

I’m using several different SPI LED controllers such as the btf lighting sp108e and 602e(pictured), we also have 608es for music integration (trigger input into the SPI controller): 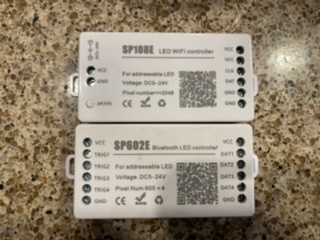 Which have an output signal of nominally 1.5 to 2 volts : 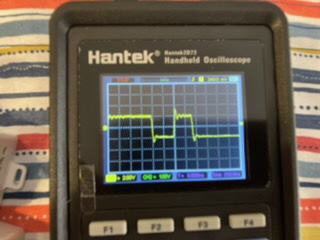 We want to use transmit receive modules on both ends of the cable with direct input from the SPI controller to the transmit and the receive end terminates to a led strip (ws2815). 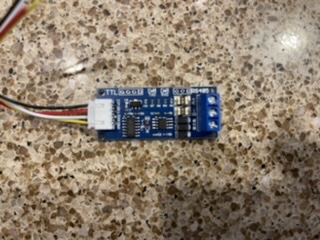 For the TTL to 485 conversion, when I hook up my circuit though my output to the LED side for the receive is no longer clean, and I’m looking at a 200mv output at a completely different waveform: 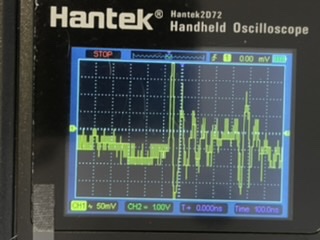 I thought that this circuit would be a more straight forward with the TTL output from the SPI controllers, but there is something being lost during the transmit/receive - my suspect is the voltage trigger for the circuit but really don’t understand this circuit well enough and looking for help. 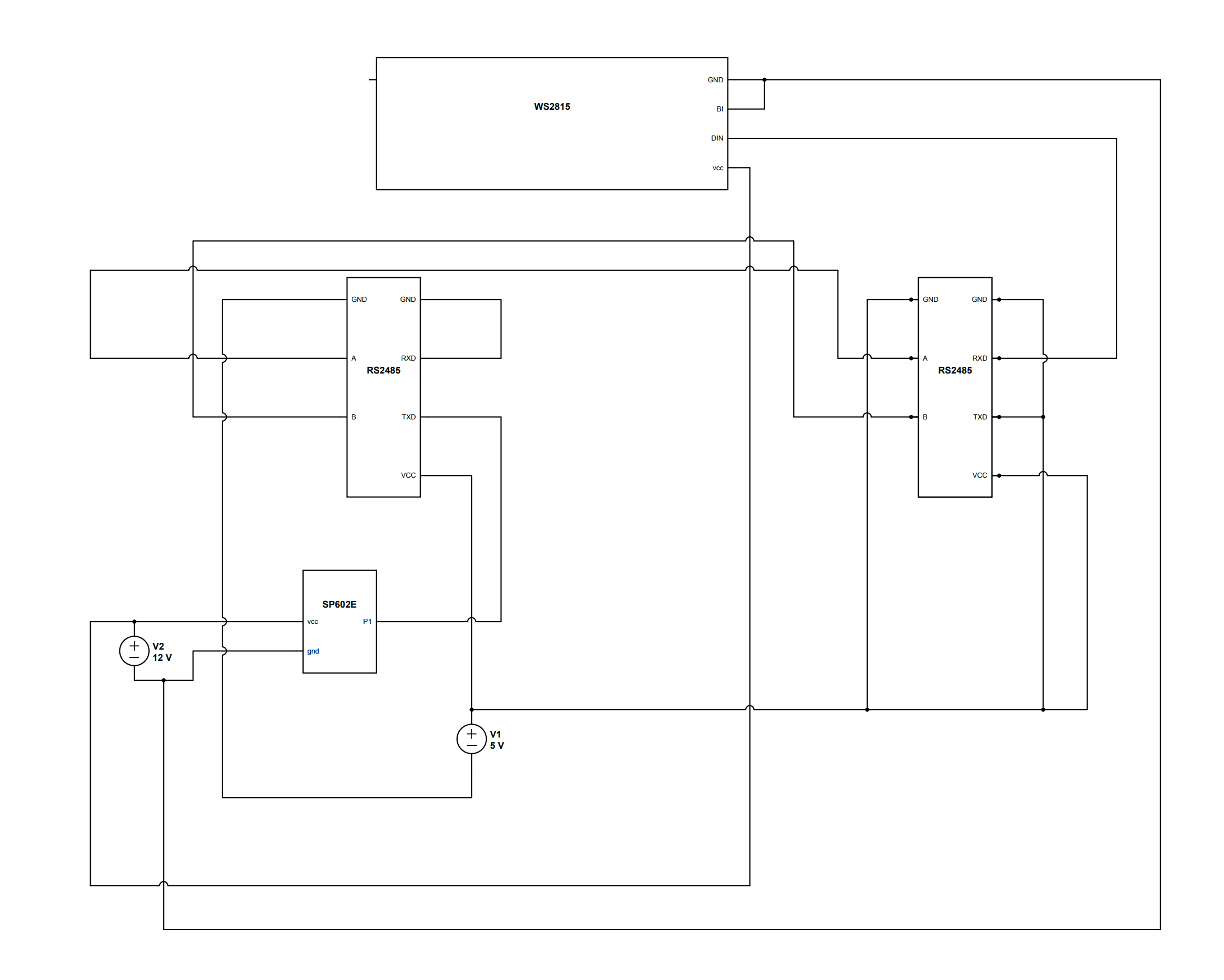 So this is the current setup that is working but I have a few questions regarding the ground RS485 setup. The front side 485 has the one of two grounds tied to the RXD, as when it was hooked up to the actual ground, it caused a doubling of voltage and increase in the LED brightness.

Based on another recommendation, the Transmit(TXD) on the receiver end RS485 is grounded which once done, allowed control to the WS2815 strip.

The termination resistor was causing issues with the LED's flickering when the power was turned off via the controller, the 120 ohm was worse then changed to a 100 ohm, which reduced the flickering. Once removed, the LED strip had no more bleed over. I cannot find an actual spec sheet for these particular RS485's, however they do say that they have shorting for the A+/B- (120 ohms) set, particularly for long distance transmission added into the controller.

Lastly looking at the schematics and recommended circuit for the WS2815, the secondary data (BI) is recommended to be attached to ground for the first run, then additional runs to data out from primary lines.

For the grounding setup on this, this sounds abnormal especially on the front side 485 to me, although the second ground is still grounded to the PSU for the 485 5v in.

Is this going to cause me issues in the long run ? Its actually running perfect in this configuration with the SP602E directly input to the data line in to the 485.

It sounds like your assumption is correct and the voltage from the LED controller is not high enough to provide usable edge transitions to the TTL-RS485 converter. Specifically, the HIGH voltage from the controller is below the Vih of whatever line driver is on that converter. You'll need to use something like a SN74AVCH1T45 to bring the levels up.

For termination, that depends on whether there's a terminator built into the board you're using but it should match whichever cable you're using. Regular old ethernet cable is 100 ohms.

I could be wrong but based on your question I suspect you may be confusing a few things. You mention RS232 but then you also mention 485, which are different "longer range" signal transmission protocols.

In general, what you are trying to do can work - encode the signals on one end, send them across the long wire, and reconstruct them on the other end. But a few things are missing.

You do not specify the details of your "SPI"; typically an SPI protocol has 4 wires, Out/In/Clock/Enable. The Out/Clock/Enable go one direction and the In goes another; however, you mention driving LEDs which typically use an SPI-like protocol with just the OUT and Clock, maybe an enable line as well. The only reason I'm pointing this out is that if you need the "In" line (also referred to as MISO line), you will need to encode it in reverse. What you are showing on the scope could be one of these signals - a differential signal could look so noisy but the idea is that the information is carried across as the difference between the 1st and 2nd wire, and as both wires are affected more or less the same, the difference is immune to noise.

Knowing that, have you put a receiver chip on the far end? You cannot take the RS485/RS422 signal and just feed it to your device (you could actually but let's leave this out for now). You need a matching receiver that will take the two-wire differential signal and convert it back to one signal that you feed into your circuit. Same thing if you are using RS232 - that is a one wire protocol, but the voltage levels swing higher/lower to make them more immune to noise but you still need a receiver on the far end.

Lastly, and that applies if you use RS485 or RS232, you will need to make sure the transmitter and receiver chips can operate at a frequency high enough for your protocol. In RS485/422, it is not uncommon to have chips that can only go to 250 KBps versus others that can go at 10 MBps.

There are several reasons why it may not be working.

Let's address it one by one: 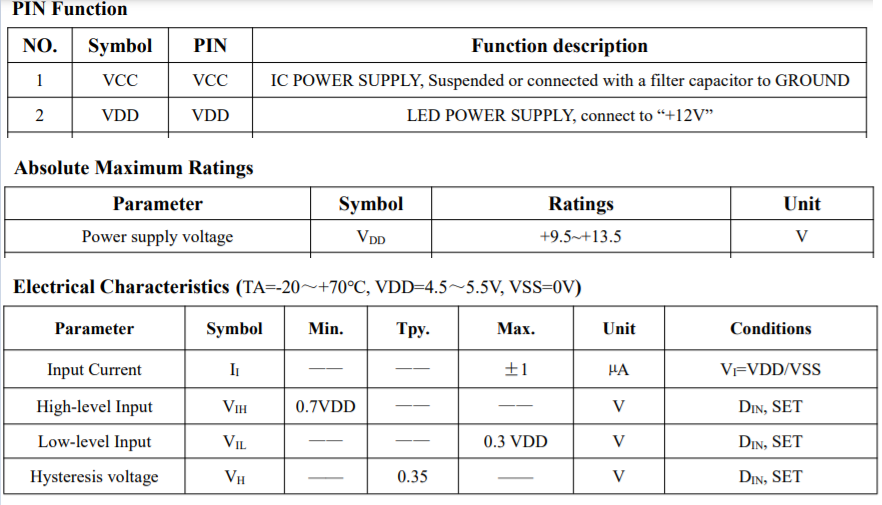 If you use a RS-485 transceiver, those normally work with 0~5 V or 0~3.3 V. It means the output levels are not compatible with your LED. You will need some level shifter between the transceiver and the first LED. For example CD40109B The SW2815 datasheet may have some errors, I really think the communication levels are not VDD but to VCC, so probably you do not need level shifter. 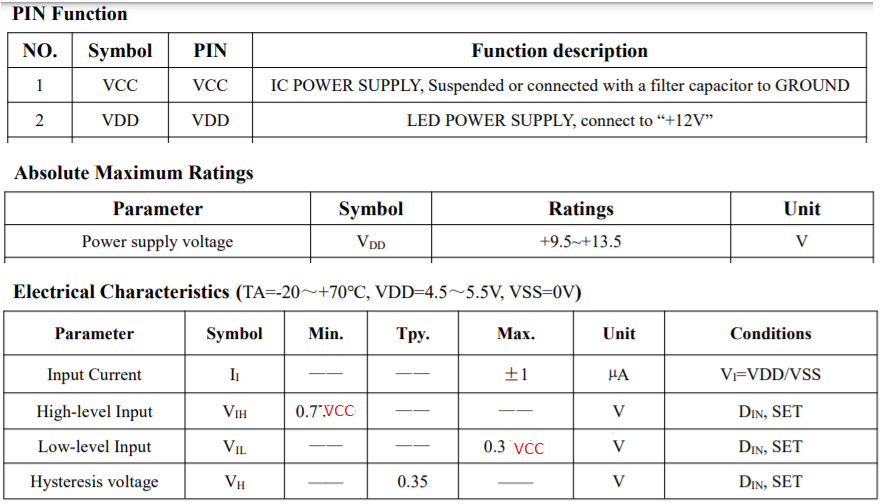 This is what your system looks should look like. EDIT:: Not that we know the emitter is a SP601E, it is possible that you need a level converter to adapt the levelt for the RS-485 transceiver, same reasoning that #1, but the opposite way.

1
Cannot establish serial communication from a sensor
0
RS485 network failing on replacing SP485 chip with MAX485
1
rs485 loading problem
2
RS-485 differential signals won't "cross"?
3
Two MAX3140 (SPI to RS485) connected to one another
1
use RS-485 or Normal Voltage as Input over 10 meters
1
Flickering LED strip when dimming
1
What is the best LED driver to use for this setup - Help with WS2815 data amp over long lines