Buck converter voltage breaks down with load A4403

I am currently working on a Buck Converter that should charge my battery pack 4S2P. The problem is that by increasing the load the voltage is dropping, and with 450 mA (depending on the value of the inductor) the voltage will completely break down. 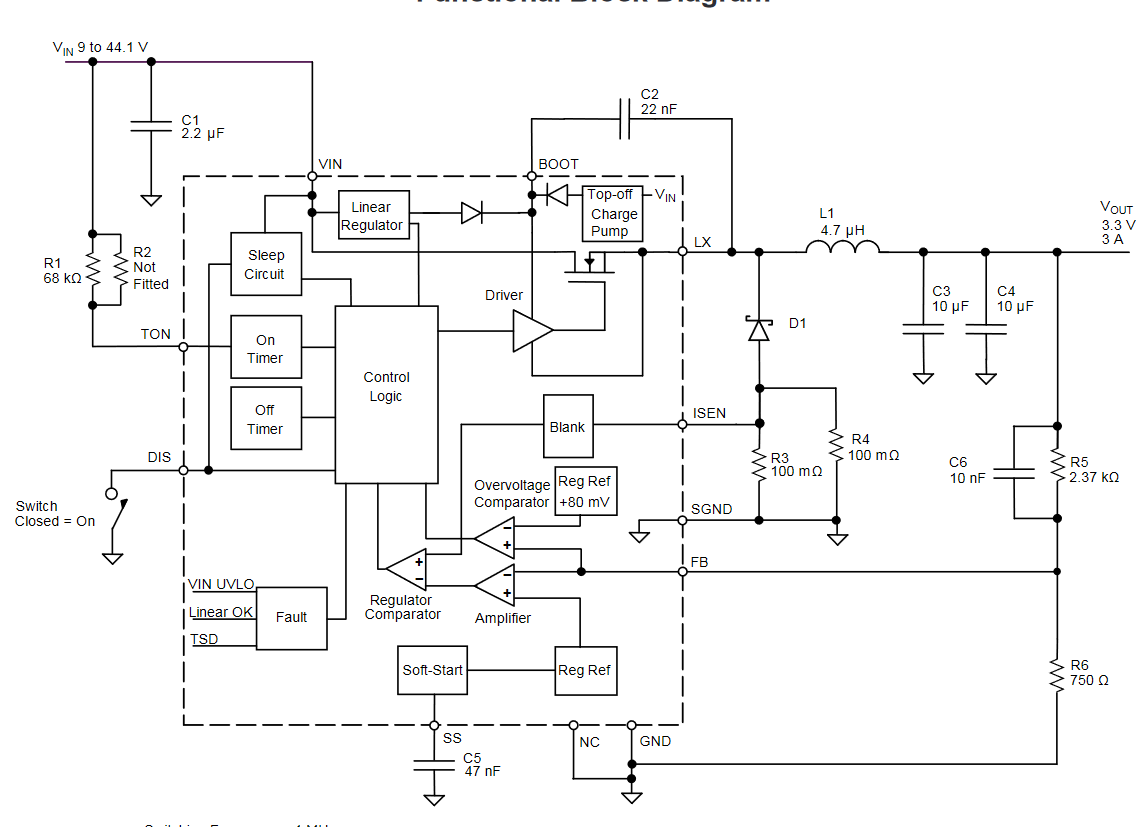 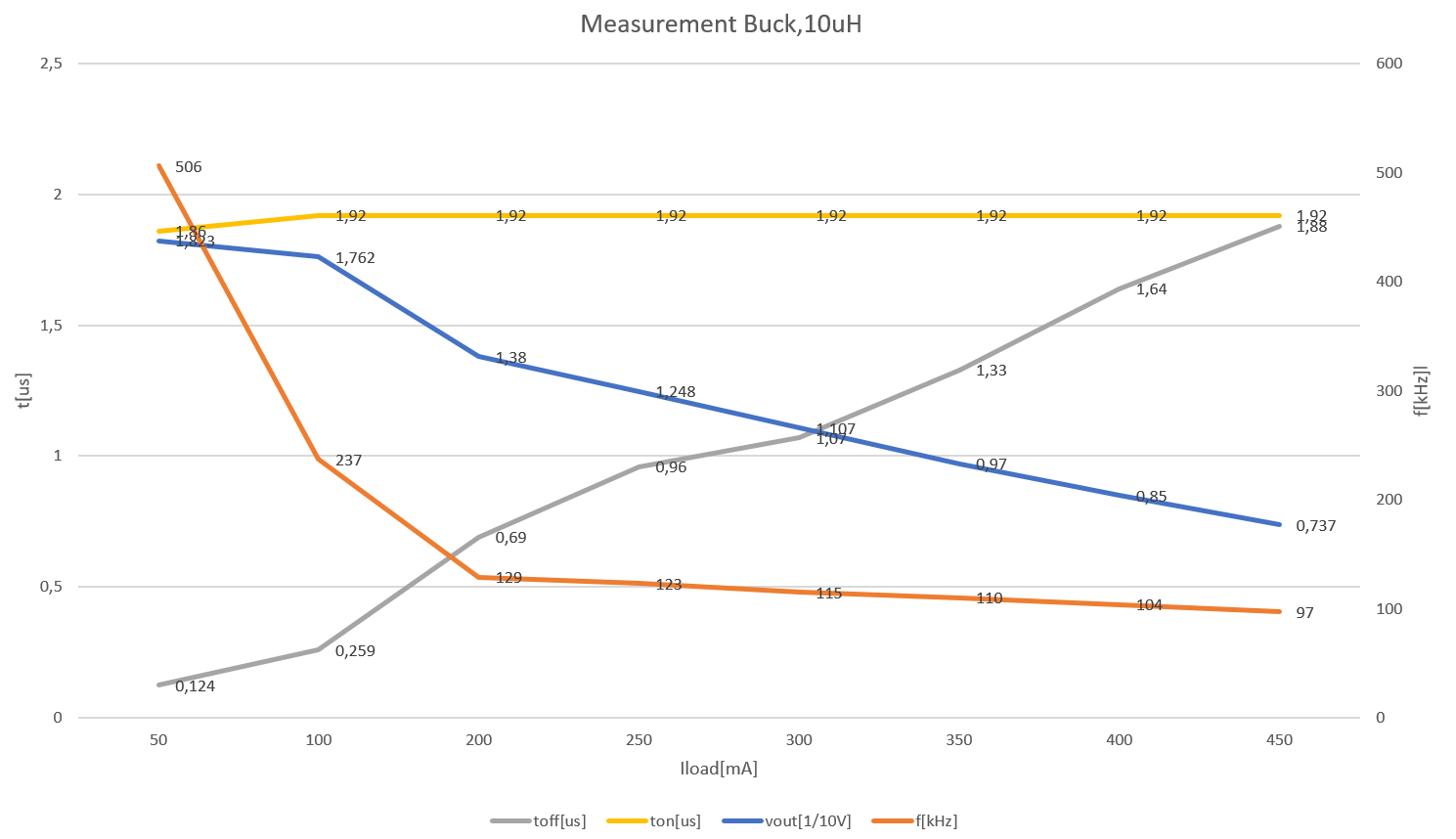 The voltage decreases as the load current increases. This is because the Toff time increases, which means the inductor cannot build up enough energy to maintain the target output voltage of 16.8V along with the increasing load current.

Since a too high current is "measured", which should not be there, I wonder from where this comes. Some diodes were tried, which did not help. The last one was the 10MQ060N from Vishay. I have also changed the ICs which has not resulted in any change. Also I bypassed the current sense resistor and connected the diode and sense pin directly to MAsse. In doing so, I was able to measure the same waveform at the sense pin (although direser was jumpered directly to ground).

My assumption so far is that wrong diodes were installed, which passed the high voltage directly to the iSense pin, whereupon a pledge (for toff) was formed, which passed the signal directly to Isen. The feedback voltage is for the set 16.8V at 0.8V it is for the case that a very small load flows at >0.8V, because in this case the output voltage is also above 16.8V (18.9V). Again, the IC does not regulate down and there is clearly too much voltage flowing. Why it does not reduce the voltage, although the feedback voltage feeds back the correct value is a mystery to me. 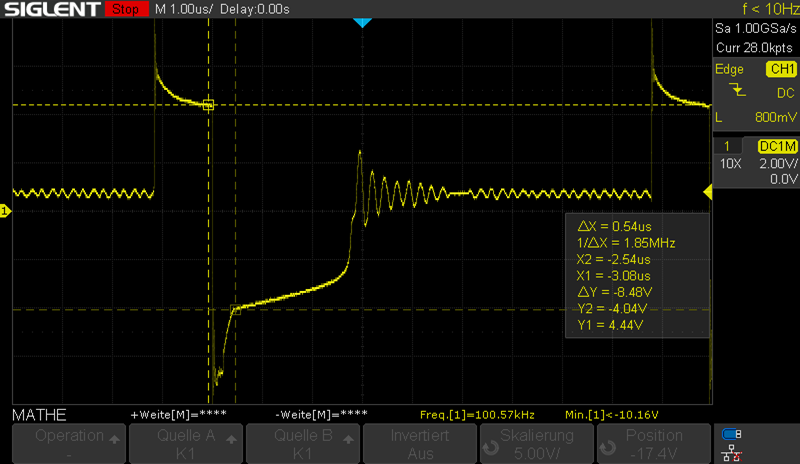 There are two things in the data sheet that suggest to me you have chosen the wrong device for your application.

Your requirement is for 16.8 volts from a 20 volt supply. Headroom is only 3.2 volts and that concerns me.

Nothing in the data sheet would convince me to use this chip in your application.

I also have serious doubts about the choice of your inductor value. You appear to have too much inductance (quote L1 = 10uH...86uH) and that certainly won't help.

Not the answer you're looking for? Browse other questions tagged power-supply diodes circuit-design buck allegro or ask your own question.