MOSFET-circuit is not behaving as it should

I'm currently working on a circuit that later should control a pump. For the debugging I replaced the pump with a LED and ramp up the signal every second (0>25>75>100%). In the end the PWM signal of the Arduino should control the LED/pump. But the LED is fully on (maybe a bit flickering) 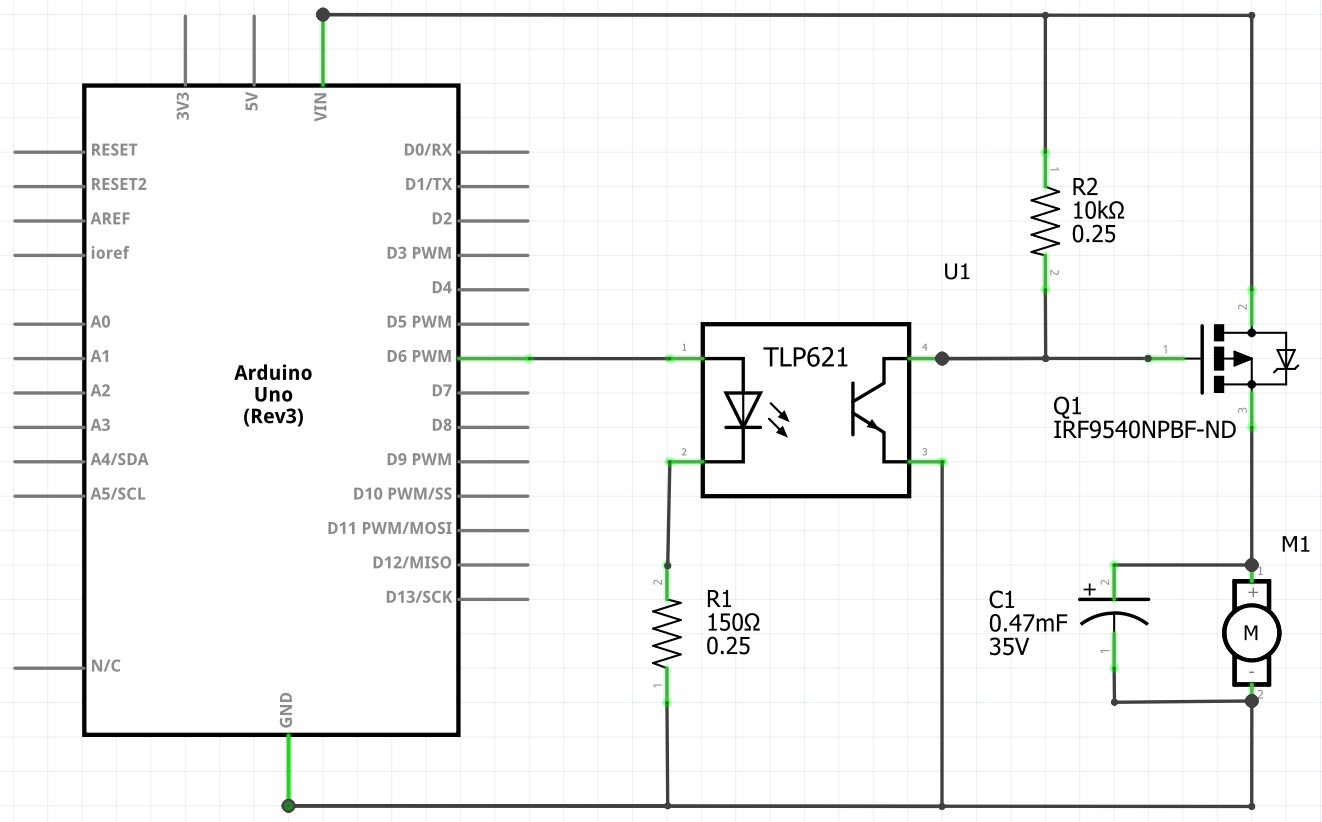 Disconnect the arduino pin >> LED still on (shouldn't it be off?)

Disconnect the Vin >> LED is off (OK)

Remove R2 >> still got the problem.

Switched the MOSFET >> still got the problem (=part is not broken or both).

Connected the LED directly to the Arduino pin >> works as it should.

I got the sketch (and part list) for the circuit from a tutorial, but unfortunately can't find it anymore online.

At this point I have no more ideas what the reason could be, I don't think its the optocoupler. Maybe there is something fundamentally wrong with the circuit... Can somebody spot the problem?

The MOSFET is behaving exactly as it should! According to your schematic it is wired backwards - i.e. pins 2 & 3 swapped. Fix that and it should work as you expect.

The answer are already in your schematic. Pretty common mistake which has been answered dozens of time even here, on StackExchange.

Look at your MOSFET Q1 symbol on the scheme. That diode symbol on the right does really exist. It's called a "body diode" and is a kind of manufacturing process. It's just how FET are made. So that is why the P-channel MOSFET are usually connected in reversed direction (compared to your variant). I.e. current flows from source to drain in real switching applications. Also a reason why you see negative numbers in the datasheets of P-channel MOSFETs, as it mentions drain-source instead.

Just reverse drain with the source and should work as you expect.

Not the answer you're looking for? Browse other questions tagged arduino mosfet pwm or ask your own question.

13
How to control a 12V solenoid valve with a mosfet?
2
Learning how my circuit works (PWM a 5V USB fan)
0
Pump does not get enough current via MOSFET
1
Using optocoupler with MOSFET for dimming a LED
1
Solar/battery powered LEDs circuit - Arduino controlled
1
ATX PSU turns itself off when uploading sketch to Arduino
0
Wiring two separate circuits with separate loads (one with mosfet and Arduino) with a single bench PSU
0
Why MOSFET switching load effect gate voltage?