Is this explanation of a common-mode choke correct?

I am trying to understand how common-mode chokes work. I get the basic concept: the signal lines are joined by a transformer, such that each line will aid or impede current in the other. But I am hazy on the details.

Google has turned up contradictory answers. This page offers an illustration: 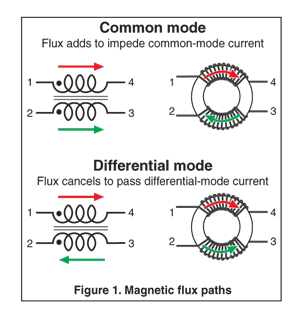 The diagram says "flux adds to impede common-mode current". Well, to me, the phrase "flux adds" means that both sides of the coil are driving in the same direction, and the ferrite core is gaining a magnetic field. Conversely, in differential mode, if - as stated - "flux cancels", then I imagine the two sides are driving in opposite directions and generating no net magnetic field.

Except this understanding seems to contradict Wikipedia:

By this definition, I would expect that (in the illustration) current entering terminal 1 would induce current exiting terminal 2. If, as illustrated, current were applied to both terminals 1 and 2, they would attempt to generate magnetic flux in opposite directions, and thus oppose each other, and result in zero net magnetic flux.

This would seem to contradict the assertion that "flux adds" in this scenario. Am I missing something?

EDIT: Seems I need to clarify my question, to avoid unhelpful responses like "a choke is not a transformer" and "try thinking".

Which of my statements is incorrect?

¹ If this statement is wrong - i.e. the windings are not wound that way - then THE DOTS ARE IN THE WRONG PLACE in the illustration.

This is exactly anti-correct. Look, let's say it's a 1:1 transformer. The two sides are perfectly symmetrical. And think of it as a solenoid instead of a toroid: the windings go the same way, the dots are on the same end and the no-dots are together on the other end. A current from 1 to 4 flows from dot to no-dot. A current from 3 to 2 flows from no-dot to dot. Therefore they set up exactly opposite fluxes.

Look, a transformer is just an inductor where part of the winding is electrically isolated from another part of it. And what does an inductor do? It opposes a change in current.

Flux adds in the common-mode case and cancels in the differential-mode case, and there's no contradiction with the quote from Wikipedia, you've just misunderstood slightly. 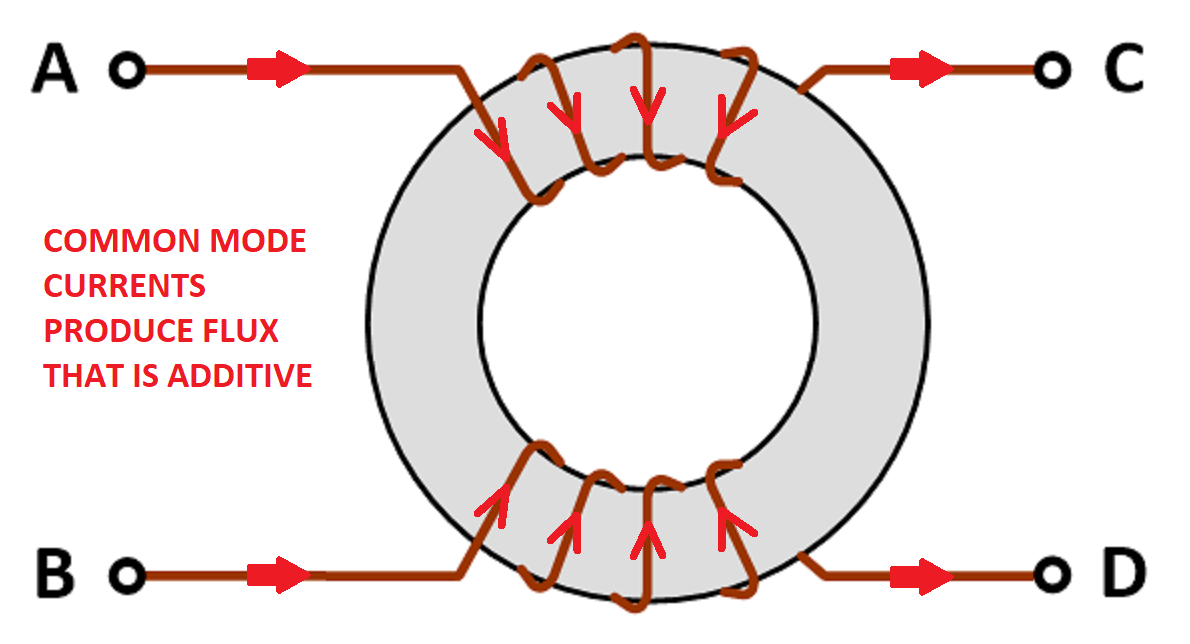 This makes the toroid act like an inductor and this tends to block CM currents or, act as a high impedance. The quote from Wikipedia is not applicable because it is considering one source voltage applied to one winding with a load on the other winding i.e. it is considering a regular ideal transformer with negligible magnetization current. A CM choke cannot be treated the same way as an ideal transformer with a supply on one winding and a load on the other. It is inapplicable. 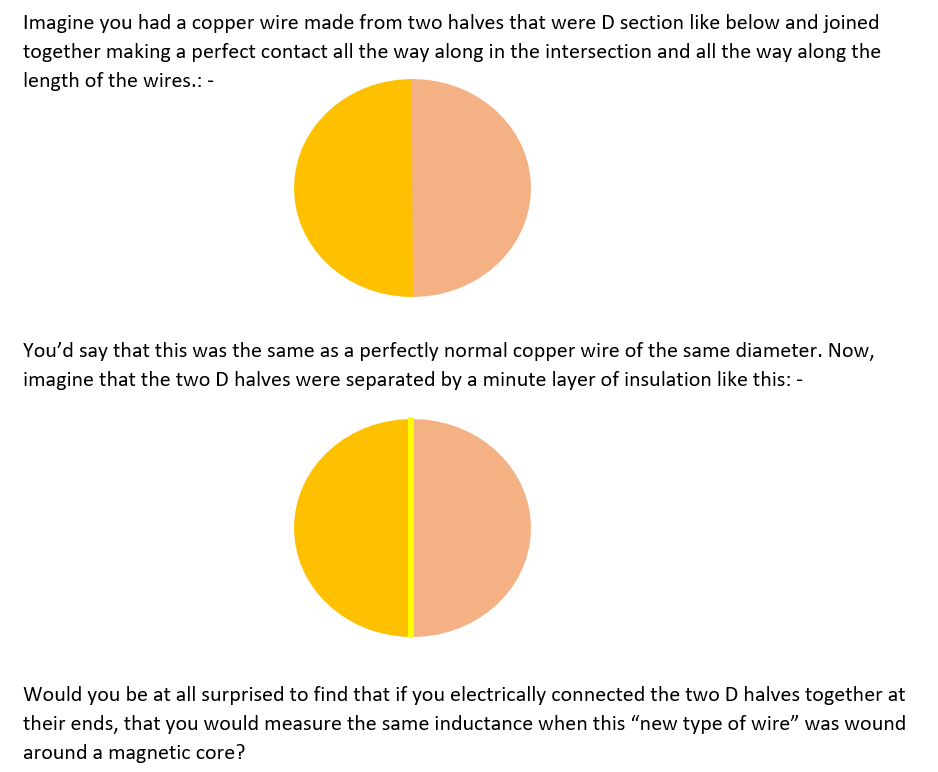 First, a choke is a transformer.

No it isn't. A transformer works with two current types; (a) magnetization current and (b) load current whilst a CM choke has only one type of current; magnetization.

Therefore common-mode operation should result in a cancellation of flux.

Not the answer you're looking for? Browse other questions tagged transformer inductor inductance common-mode or ask your own question.