Voltage spikes in a power supply

I've been testing a power supply I've made and noticed that a +/- VCC voltage spike occurs when a resistive load is attached/disconnected (or when a power is lost) due to capacitor transients.

The spikes are relatively short (around 1 millisecond.) I would like to eliminate them if possible on the power supply level.

The negative voltage spike could be eliminated by attaching a Schottky diode, which is probably the easiest solution, but is there a better one? Better yet, should I be worried at all?

I am tempted to design a sub-circuit that would monitor an abrupt change in voltage and, if detected, cut the load off for an arbitrary duration of time. Seems like overkill, though. 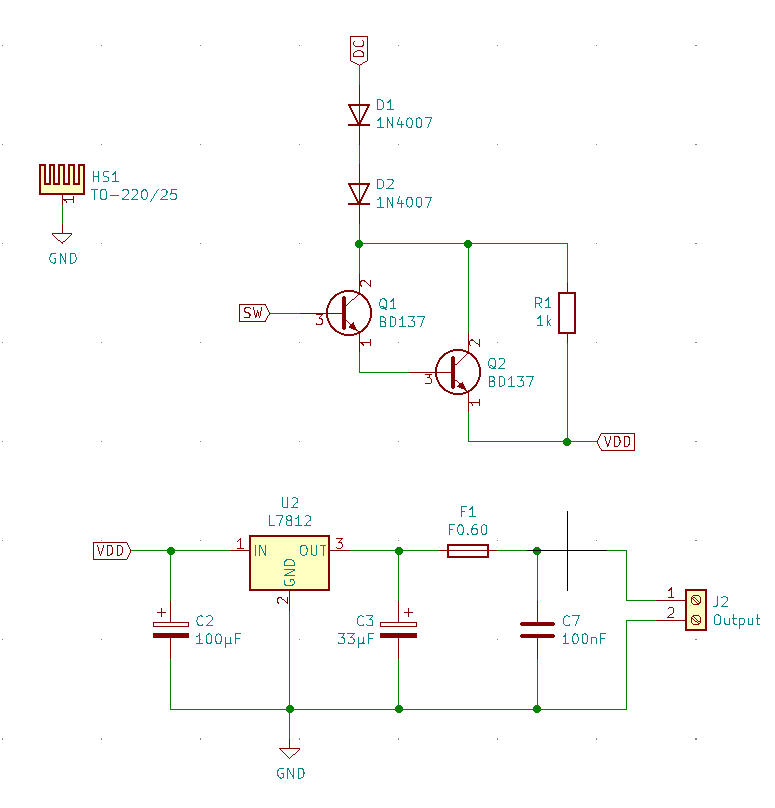 Old 19V laptop adapter is used, mostly because it was the only one I had lying around that was able to provide 2A of current needed for 4x 0.5A loads.

To get around the thermal limitations of LM7812, I used two rectifier diodes in series to drop around 2V and a Darlington pair to drop additional 2V. 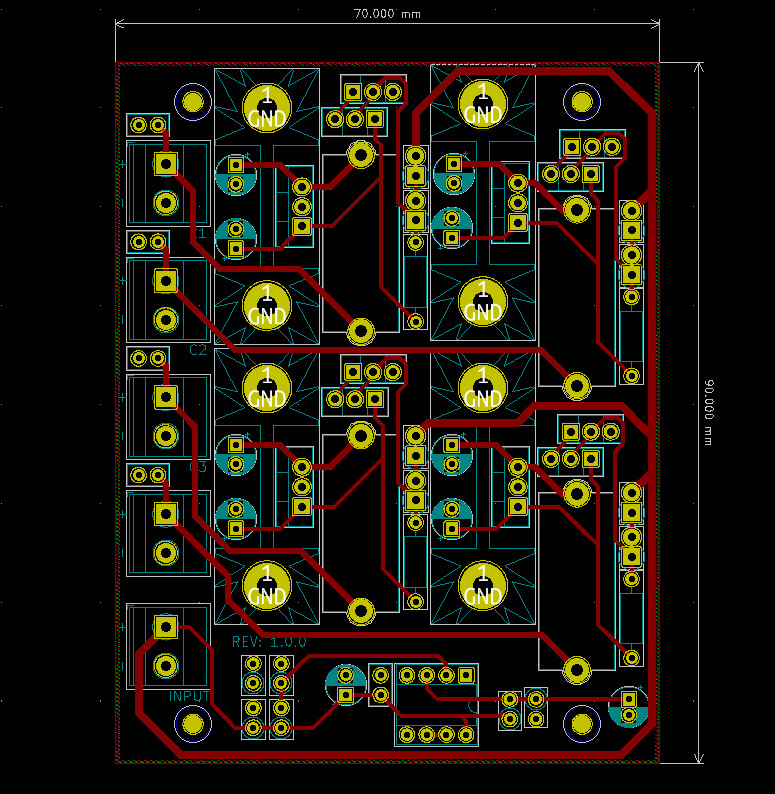 Scope probe was connected on the positive side of the resistor, the ground clip to the negative - ground, and coupling was set to AC.

Interestingly enough, spike differed from the one I measured two days ago 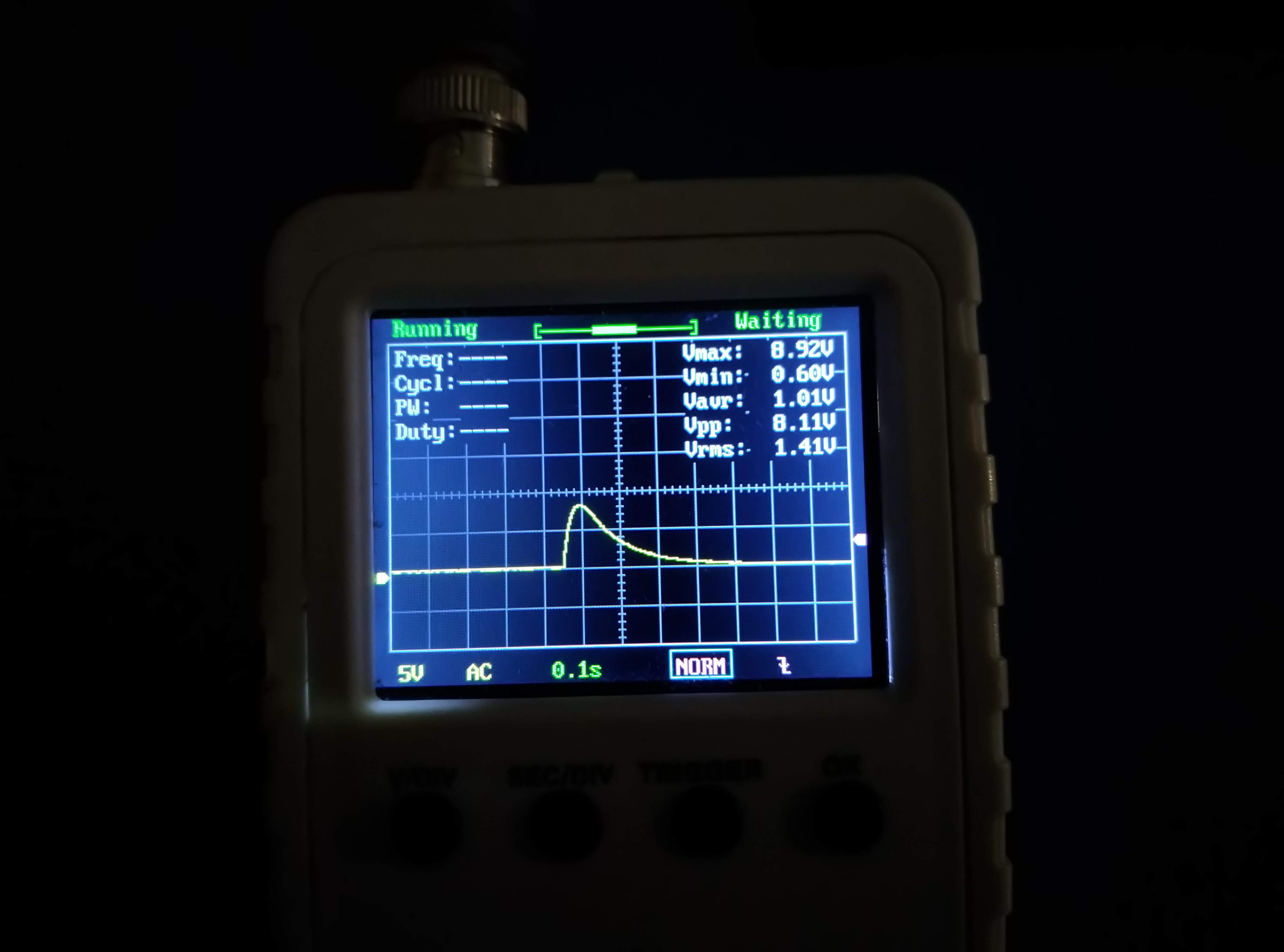 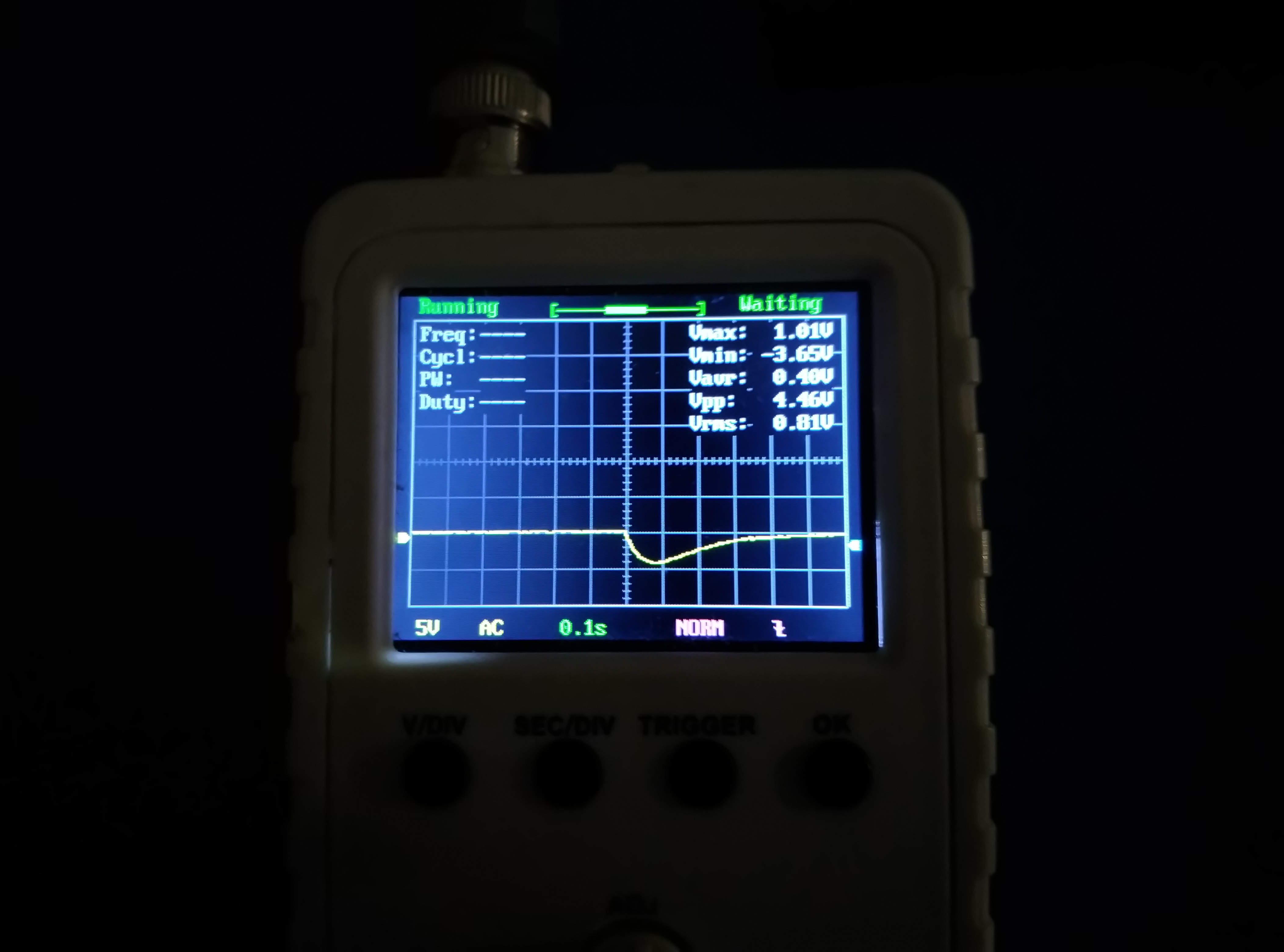 If a load with a lot of capacitance is connected, this will draw a large inrush current to charge the caps, so it is expected that the output voltage would drop, 7812 will go into current limit while charging the caps, and then output voltage settles to the normal value.

However, 7812 can't output a negative voltage. Worst case, it will drop close to zero but it will stay positive. If you have a negative voltage spike, not just a drop in voltage, but if it really goes below zero, then the problem is most likely the inductance of the wires (or a ferrite bead on the load) forming a LC resonant circuit with the output caps of the regulator and the input caps of the load. This will also create overvoltage spikes, and it can destroy circuits. The problematic LC circuit can also be at the input of the regulator, not necessarily at the output.

The fix is to add more damping to the LC circuit to make it critically damped instead of underdamped. For example you can add capacitance with somewhat high ESR.

It's important to diagnose this correctly because if the problem is not resonance from LC, but instead a simple drop in output voltage when the load is connected, then the fix could be to add more low ESR capacitance.

Not the answer you're looking for? Browse other questions tagged power-supply power capacitance spike or ask your own question.

8
Why is the regulation of my 5 volt power supply so poor and how to address it?
1
Precision Power Supply / Elektor, December, 1982
0
Conditioning input power supply on PCB
1
Suitable substitute for a hard to get IRF440 in a switched power supply?
0
Supplying power to a 12V motor with 5V and 2A adapter
1
Compensation of custom high voltage power supply
0
ATX PSU turns off under heavy 12V load, unless increased gradually
1
Understanding/simulating an old amplifier power supply