How to find capacity of a battery in terms of mAh or Ah?

I know that this question has been asked a number of times and even received negative feedback but I want to find a shortcut method of determining capacity of a battery in terms of mAh instead of using that Q = It method which may take upto several hours.

Example: The initial reading of my 3.7v battery was 3.93 volts. I connected a load to it which started draining a current of 660 mA. After 15 minutes, the current being drained was 570 mA while the reading on my voltmeter was 3.65 volts (when disconnected from the load). How can I use this data to find the capacity of the battery?

Here's your problem, in a nice graphic from Battery University. Most battery chemistries in use today (Li-whatever, NiCd, NiMH, lead-acid) have a discharge curve that features a short downward drop in voltage, a long nearly-level voltage vs. charge section, then a "knee" leading to a quick drop-off.

This means that any attempt to determine the battery's capacity before it hits that knee in the discharge curve is just guesswork, and probably bad guesswork. 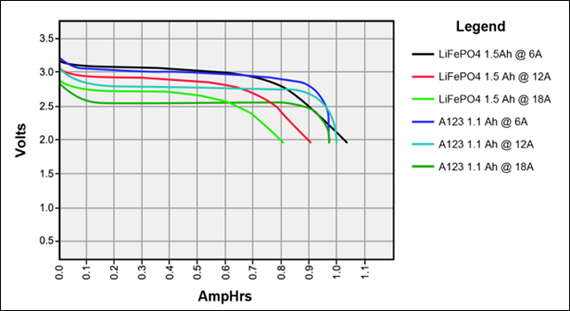 There have been attempts made to determine state of charge by drawing a pulsed current from a battery, because a cell's internal resistance also depends on the state of charge (this is more or less the reason that you have different discharge curves in the graph corresponding to different discharge currents). But a cell's behavior in this regard is also dependent on temperature, construction, chemistry, aging, etc. So that doesn't work well, either, except perhaps as a route to a PhD for someone who wants to get a job designing batteries.

Bottom line: you'd be better off determining its general chemistry, weighing it, and multiplying that by some constant that matches its chemistry -- you'd still be wildly wrong, but you'd be less wrong than trying to do it by discharging and watching the voltage, and it'll take less time.

Example: The initial reading of my 3.7v battery was 3.93 volts. I connected a load to it which started draining a current of 660 mA. After 15 minutes, the current being drained was 570 mA while the reading on my voltmeter was 3.65 volts (when disconnected from the load). How can I use this data to find the capacity of the battery?

You can use the resting voltage vs state of charge for your battery type. Luckily this is fairly well defined in Li-ion batteries, however suitable data may not be easy to find because it is not often published. Here is an example:- 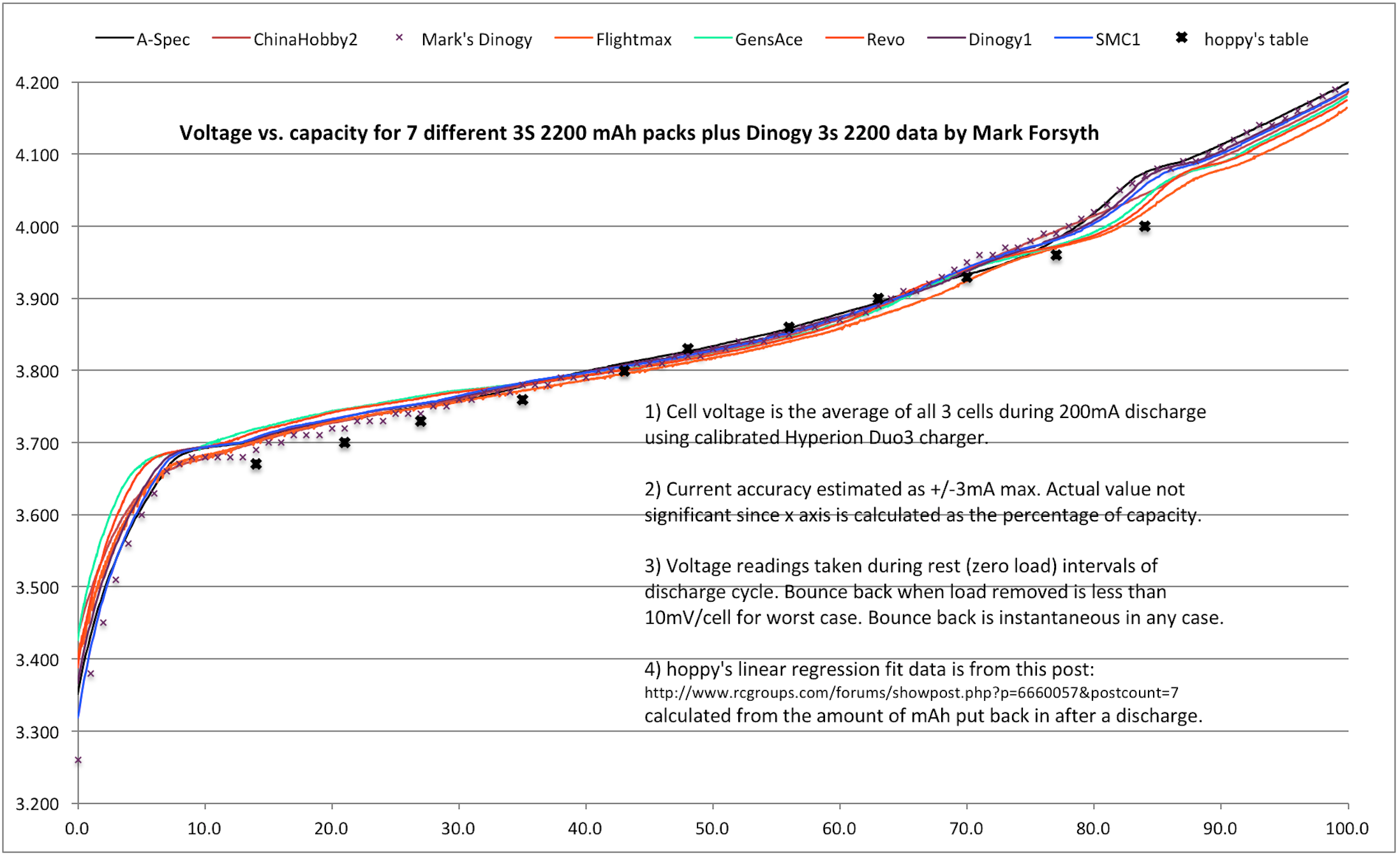 For more accurate State of Charge estimation you could test your battery by fully charging it, then removing various amounts of charge and measuring the resting voltages.

Not the answer you're looking for? Browse other questions tagged batteries capacity discharging or ask your own question.

6
How does one determine Lead-Acid battery end-of-life?
7
Why do the Wh and mAh ratings of a USB battery pack appear to be inconsistent?
2
Testing Chinese CR2032 Li-ion Battery Capacity
0
For high resistance load, Battery lasts longer?
1
Conventional way to measure Li-Ion cell capacity?
0
Battery selection for a robot
2
Measuring Discharge Rate of LiPo battery
1
If a Li-Ion cell has 3000mAh capacity shouldn't I be able to pull 3A from it for 1 hour?