I have seen many designs where the antenna/PA output is fed DC voltage through an inductor. Why not leave it out and feed the DC bias directly? It is L1a in the diagram below: 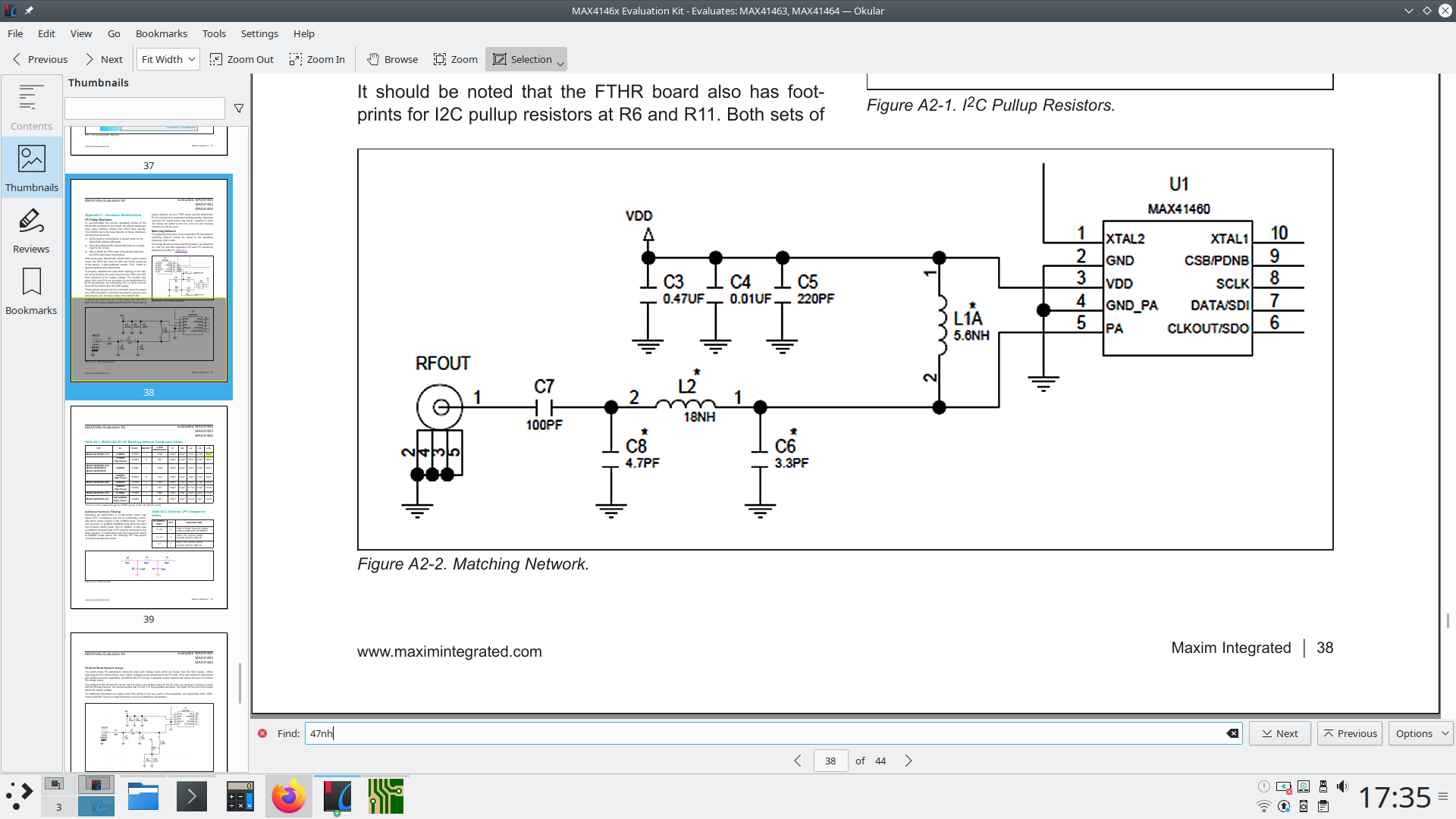 There are some values in the table below for some working frequencies. Is L1a also part of a filter/matching network? What is the general method of arriving at a certain value for it? 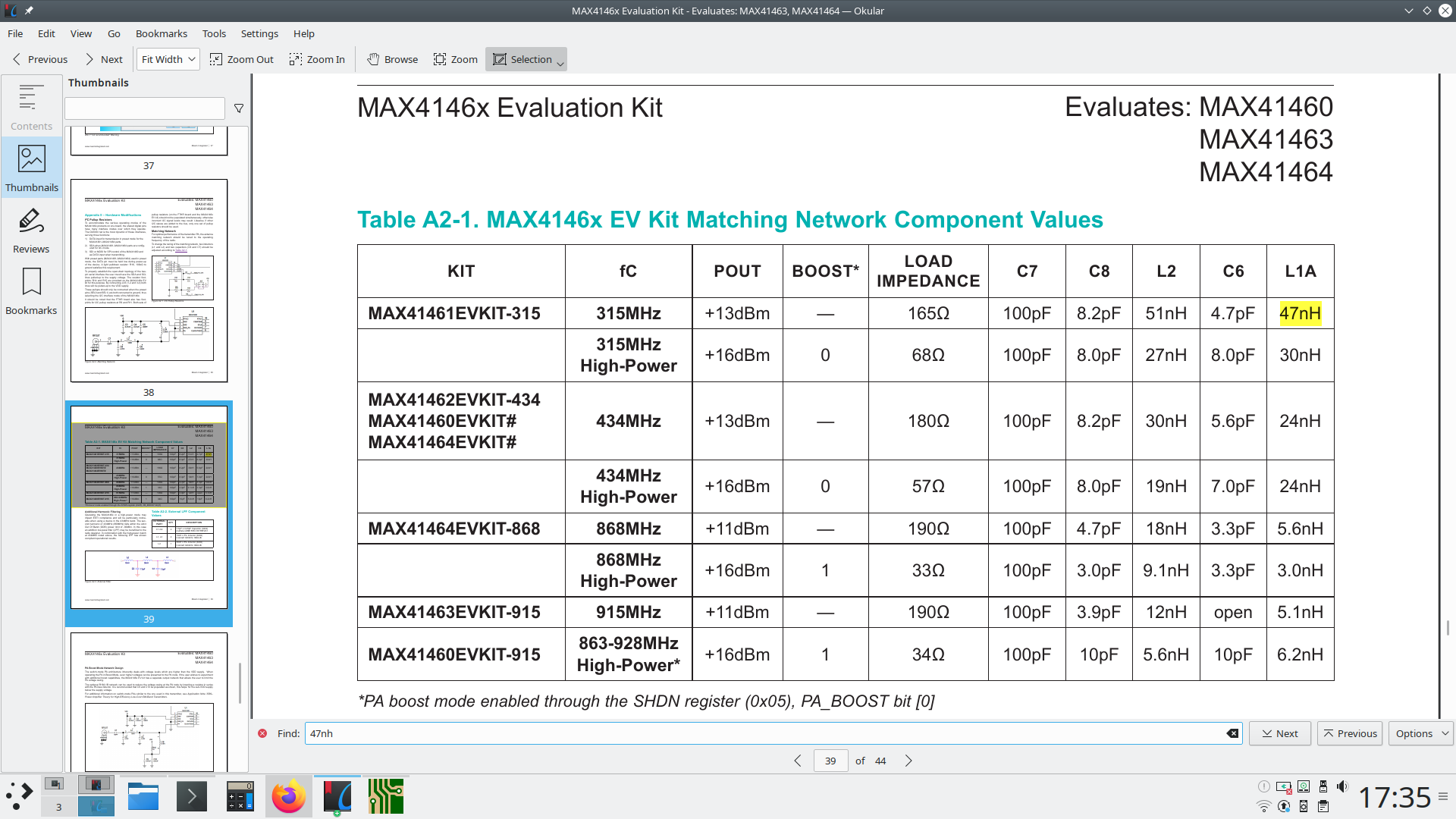 In the light of the answers below I shall attempt to answer the last question myself.

An LC pass-band filter centered around the operating frequency, and the other parameters pretty much made up:

Maybe the values from datasheet were calculated similarly? Or maybe I did not understand all that much.

Probably miscalculated there... anyway, a bit more on the issue:

Applying DC supply straight to the output pin would cause a dead short when the amplifier attempts to sink current to drive the output in an open-drain fashion, as documented in the datasheet:

This means that you need to present some series impedance between the output and your positive supply rail. In the case of RF devices, the impedance is often a resonant load, comprised here of your provided inductor and the internal capacitances mentioned in the datasheet above. This gives a nice large impedance at the resonant frequency, thus giving a high gain, while still allowing a DC bias current to flow as needed (here that second point is less relevant because the amplifier operates in a switching mode). As Bimpelrekkie mentions in the comments, the resonance improves output power and power efficiency, and is almost mandatory at frequencies in the GHz range and up.

Compare this with the drain resistance used in a simple common source/common-emitter amplifier used at baseband frequencies.

Pullup inductors offer high impedance to RF and double the AC voltage swing for RF/AC, centered around the DC voltage.

Not the answer you're looking for? Browse other questions tagged rf inductor pullup transmitter bias or ask your own question.