Unable to stabilize waveforms on oscilloscope

As part of my hobby, I wanted to design and understand a circuit involving an op amp inverting summer followed by a multiple feedback bandpass filter.

The circuit is shown below. 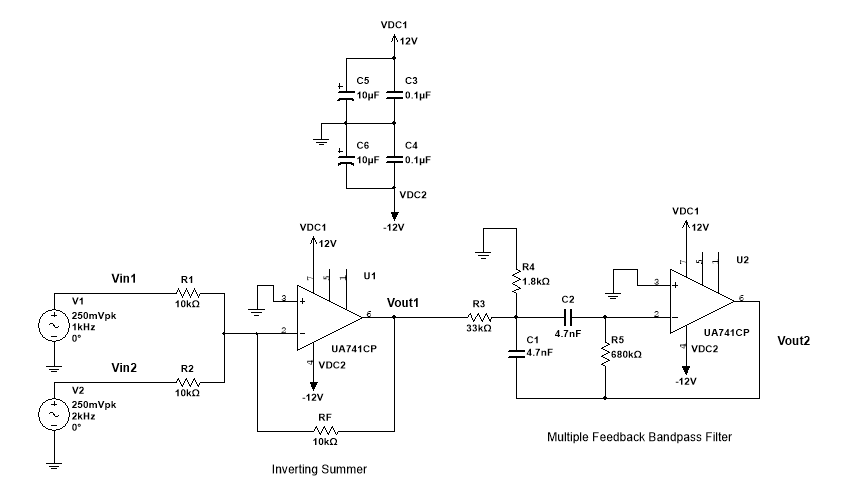 I have simulated the circuit in Multisim and elsewhere and the results are what I expected.

I built the circuit on breadboard, applied two signals from two separate function generators and tried the view the various signals on my oscilloscope (Hantek DSO5102P).

I can't seem to get stable waveforms to view.

I tried to adjust trigger to CH1, CH2, EXT, but nothing seems to work right. I even tried auto set but the oscilloscope can't stabilize the waveforms. 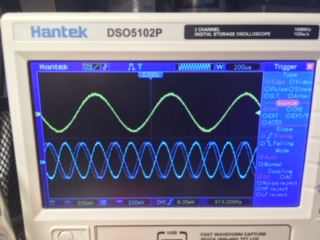 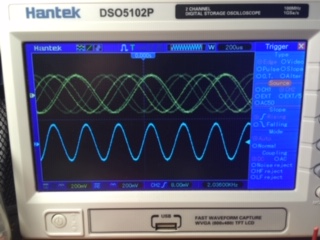 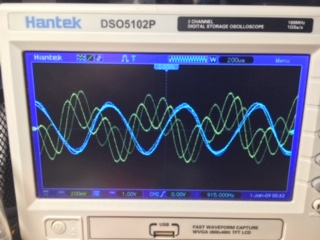 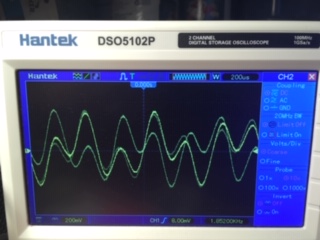 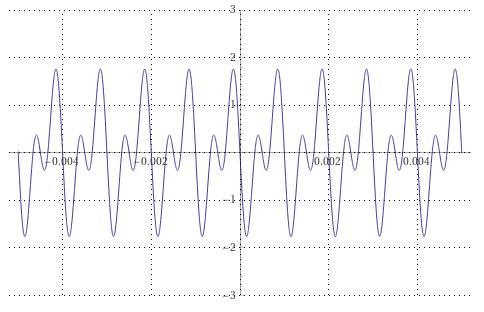 The two separate function generators are not synchronized in any way. The generated 1 kHz and 2 kHz are not in any phase or frequency relation to each other, so the resulting waveform reflects just that, a sum of 1 kHz and 2 kHz sine waves that are not in perfect phase sync.

I even tried auto set but the oscilloscope cant stabilize the waveforms.

Not until both 1 kHz signal and 2 kHz signals are frequency locked as a perfect 1:2 ratio will this happen. Might I suggest you use your o-scope triggering in single shot mode rather than using it to display multiple images over and over again: - 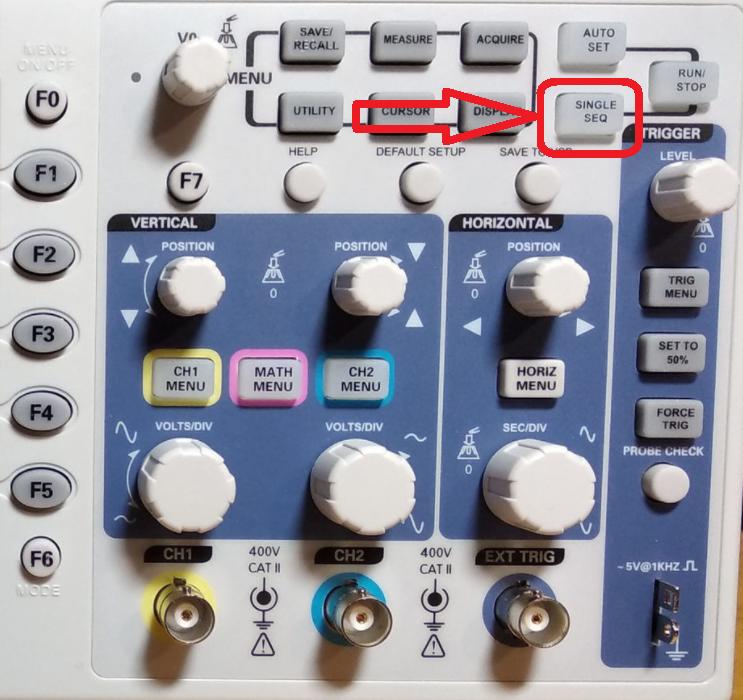 Not the answer you're looking for? Browse other questions tagged operational-amplifier oscilloscope circuits or ask your own question.