Recovering from failure to clean off solder flux

I'm currently building a prototype device at work, that involves a QFN-64 0.5mm pitch IC (a PIC microcontroller) soldered onto a SchmartBoard|ez prototyping board. The SchmartBoard instructions call for the use of flux, which is not something I normally need to use, so I grabbed a Kester flux pen off the shelf and proceeded with soldering the chip, with no apparent problems. My initial firmware development was quite successful, but at that point I was only using a few of the chip's I/O pins. I've since reached the point where I need all of the I/O pins to work - and am finding that several of them are stuck low, despite having a weak pull-up resistor enabled. I'm measuring voltages in the 2-3V range on these pins (in a circuit that shouldn't have anything other than 0V and 5V present), and measuring resistances as low as 500Ω between adjacent I/O pins. I won't bore you with the full list of possible explanations I went through, but it eventually occurred to me to take a closer look at that flux pen - it's Kester 2331-ZX, not the no-clean flux that I had used in the past, but the type that requires cleaning immediately after soldering. Oops! And this soldering had been done about a week ago... (Also, it turns out that the flux pen had been sitting on the shelf for 2 years past its expiration date. I have no idea if that makes things any worse than they would otherwise be.)

I've tried a heavy-duty flux remover spray from MG Chemicals, and a couple of other PCB cleaning sprays. I've tried 91% isopropyl alcohol. I've tried rinsing the board under hot water, followed immediately by drying with a heat gun. None of this has achieved more than a slight improvement (that 500Ω pair of adjacent pins is now up to 600Ω, for example).

Is there anything else I can try to salvage this board? I have little confidence that I'd be able to desolder the chip while leaving the board in good enough state to solder a new one on - and I've got a lot of other components and wiring on that board, that I really don't want to have to redo. 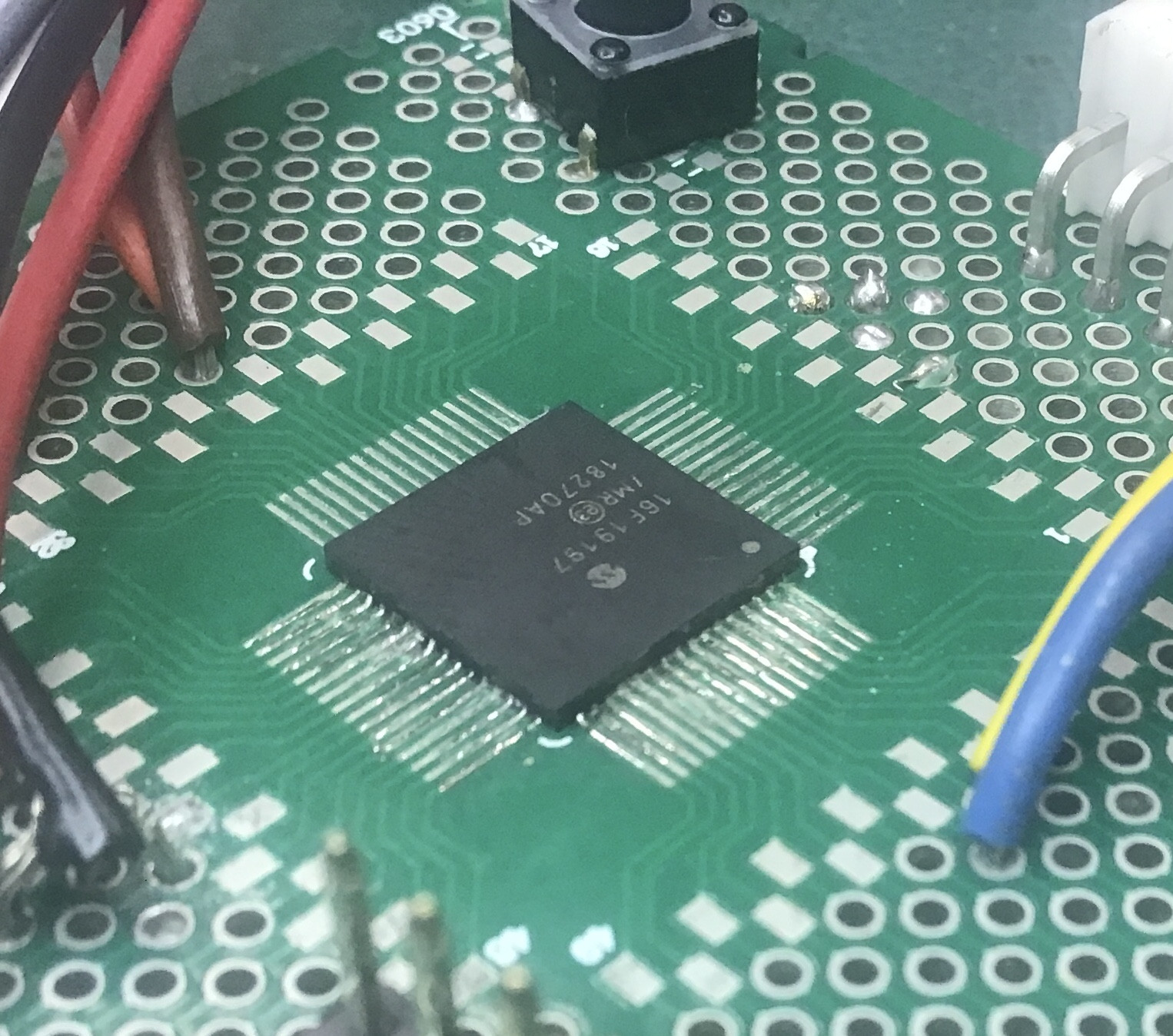 I have real doubts that this is your problem.

For leakage caused by flux residue I've used a toothbrush and solvent of some kind such as IPA or lacquer thinner as well as soapy water.

But the leakage was in the 100's of M\$\Omega\$ or G\$\Omega\$ (low enough to be a problem in very sensitive precision analog circuitry, not digital circuits), and not a mere few hundred ohms. So at least 5 orders of magnitude higher. I doubt even plumbing solder acid flux would be quite that bad (but it would be bad).

Kester 2331-ZX is water soluble acid-based flux which needs to be washed off immediately after soldering. If not washed off, it will turn gold black rendering the pad unsolderable. The flux is hygroscopic (absorbs moisture) which can affect high impedance circuits. However, I think your problem isn't flux related. If the device has a paddle (central thermal pad) you may have a solder bridge(s) from pins to the paddle. Perhaps removing the part and reattaching would be in order.

Not the answer you're looking for? Browse other questions tagged soldering flux cleaning or ask your own question.

18
Solder Flux Classifications
3
Can I use Formula SP-30 self-cleaning acid paste flux?
12
Specific solder wire/flux questions
1
Solder sticks to PCB (not just the pads!)
0
Can liquid soldering flux be refrigerated?
9
What are those black spots in these lead-free solder joints?
0
How to clean solder flux paste
0
How to solder qlpf48 (or how to fix it)?
4
Why does PCB copper surface oxidize when I apply flux on its surface?
0
Using and maintaining lower end soldering iron tips without destroying them