Replacing a 3-phase speed-varying drum switch with a VFD?

I am working on a stock feeder / power feeder (used with woodworking equipment). It has an 8-position drum switch to control both fwd/reverse direction as well as vary the speed. The ON positions of this switch are:

as well as 4 OFF positions.

The motor itself has 6 leads (as shown in the diagram) which are all switched. My understanding is that the speed control function of the switch works by changing the topology of the motor coils with respect to each other and to the 3 phase inputs.

I would like to replace this switch with a VFD, both to run the machine on single phase power and also to provide more granular speed control.

The essence of my question is: what's the best way to wire the motor-side of the VFD? Is the "slow" or "fast" wiring topology more appropriate? (Or, would either work?) Assuming that is determined, what is the correct wiring combination of motor leads that would achieve said topology? Just from studying the diagram below its not clear to me what that is.

I could perform resistance tests or other inspection of the motor or existing switch, if that information would be useful. 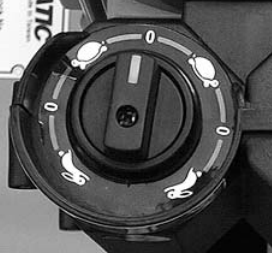 Each of the non-animal positions are OFF. 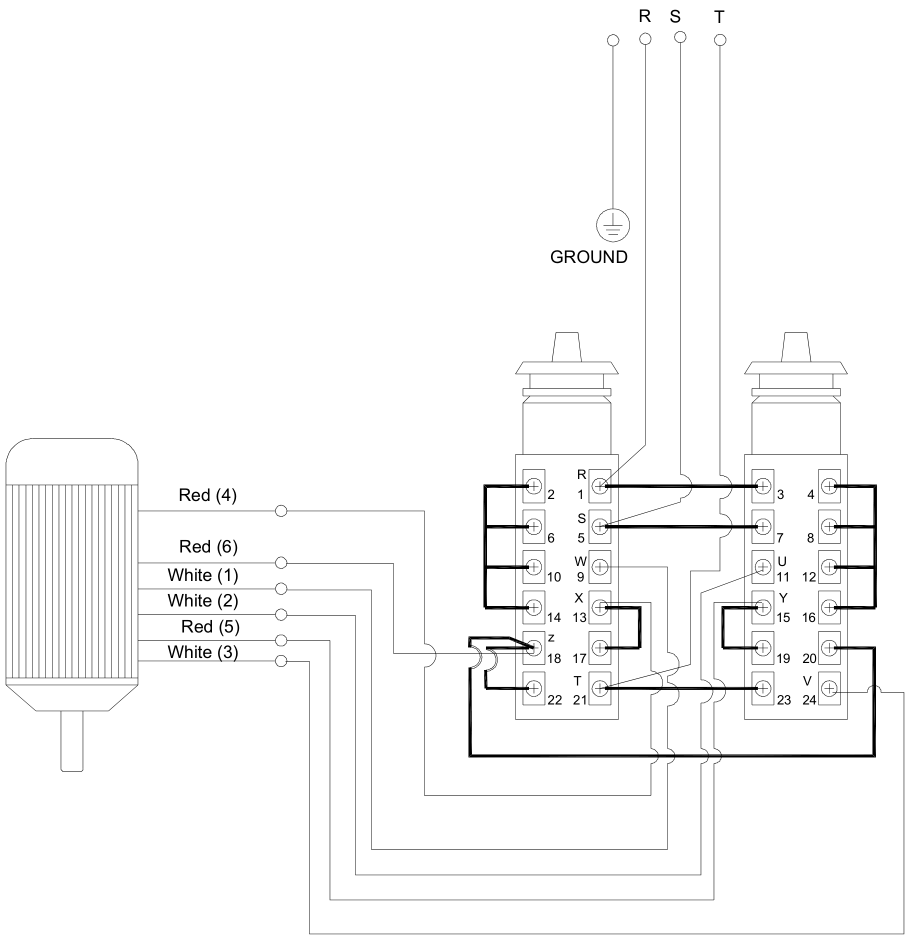 I've compared the diagram to the actual machine and its pretty accurate. Annoyingly the leads on the motor are all labelled with the same number (all red leads are "4" and all yellows are "2"!) but I can distinguish them with the help of the diagram.

FYI I originally had it on a static phase converter but it ran quite hot, that's one reason for the VFD idea.

It may help someone else trying to do the same thing to know that this was a Powermatic model PH-3 (aka PF-34). Maybe it will turn up in web searches.

If the low-speed connection is used with a VFD, operating above the low speed will not be possible without operating above rated voltage. That would probably not be a feasible mode of opreation.

It would probably be possible to leave the switch in service for VFD operation, but it could only be operated when the VFD is shut off. There is probably not a good reason to use it.

The answer by Charles Cowie was absolutely correct. Having finished the project I thought I should separately add some details specific to the machine I was working on.

I also marked the drum switch terminals for easy reference.

I then disconnected all wires from the drum switch and successively tested each switch position to see exactly what wiring combination it produced. These positions are labelled based on the following diagram: 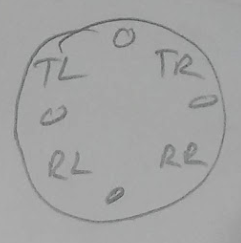 ('Conn' meaning connected to all the other reds).

This examination of the switch confirmed the other answer. It also confirmed that the forward/reverse direction change is just a matter of swapping 2 of the input leads, as expected.

I completed the wiring of the motor using one of the "rabbit" configurations having entirely removed the drum switch. (So that "forward" direction on the VFD matched the sense of how the machine is supposed to operate normally).

The Powermatic PH-3 feeder is driven by a 2-speed, 1 HP motor. 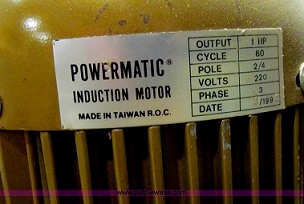 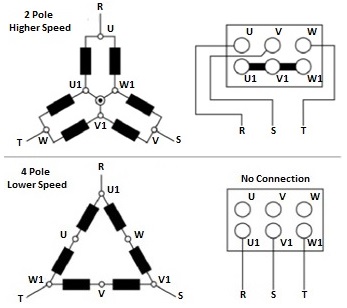 Use of a VFD, to control the motor, should pose no problems.

The motor is to be configured for 2 poles and the VFD for constant V/f.

Not the answer you're looking for? Browse other questions tagged motor three-phase speed vfd or ask your own question.

1
How to wire 3 phase motor to VFD
1
Efficient Single Phase Motor Speed Control
2
The leads of my 3-phase motor are incorrectly labeled. How do I determine the correct labels?
0
Wiring a 2 pole three-phase DB motor to a VFD
0
Single phase capacitor start induction motor TRIAC speed control and centrifugal switch replacement
0
How do VFDs limit the starting current of the motor?
0
Building a VFD for a split phase (capacitor run) motor?