Op-amp subtractor - why is the output wrong?

I'm currently designing a power supply and I want the power supply to have current limiting, so I designed a simple subtractor circuit to sense the output current: 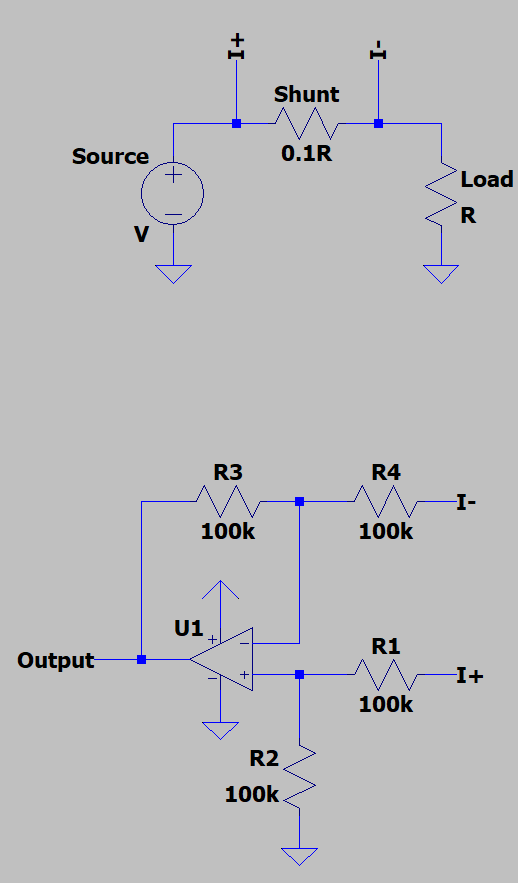 To test the circuit on a breadboard, I used an LM358P op-amp, because it's a single supply op-amp and the datasheet says that its output can go all the way to zero, and I used 1% 100k resistors.

I set my power supply to 10V, connected a load and measured the voltage drop across the 0.1 ohm shunt and the output of the subtractor, and the result baffled me: 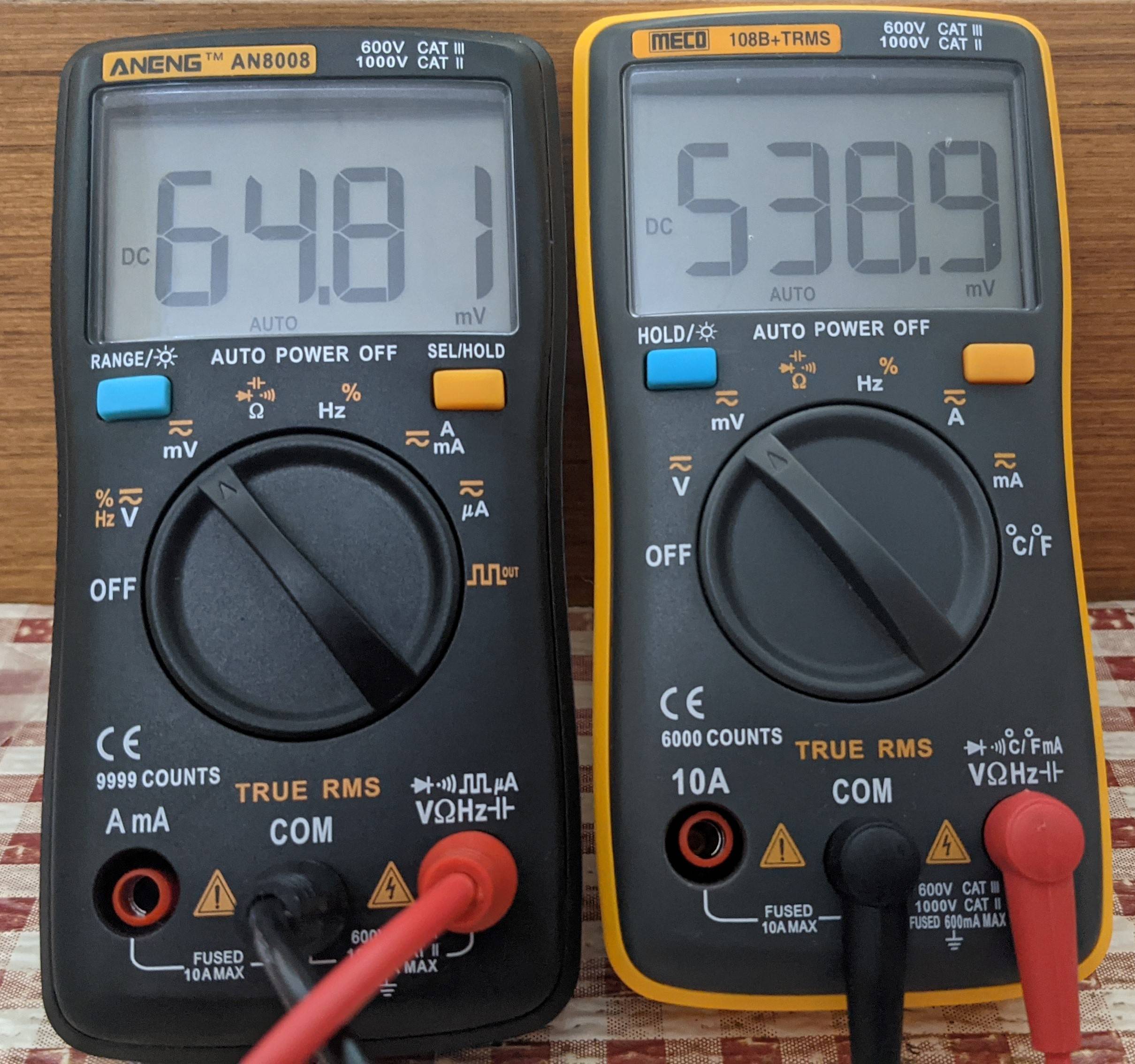 The DMM on the left reads the drop across the shunt resistor and the DMM on the right reads the output of the subtractor. It's almost 10 times higher than the expected output!

I added a 100ohm resistor to load the op-amp (I thought that the op-amp's output needs to be loaded to get a proper result), but the voltage just dropped to something like 200mV.

Here's a picture of my test setup: 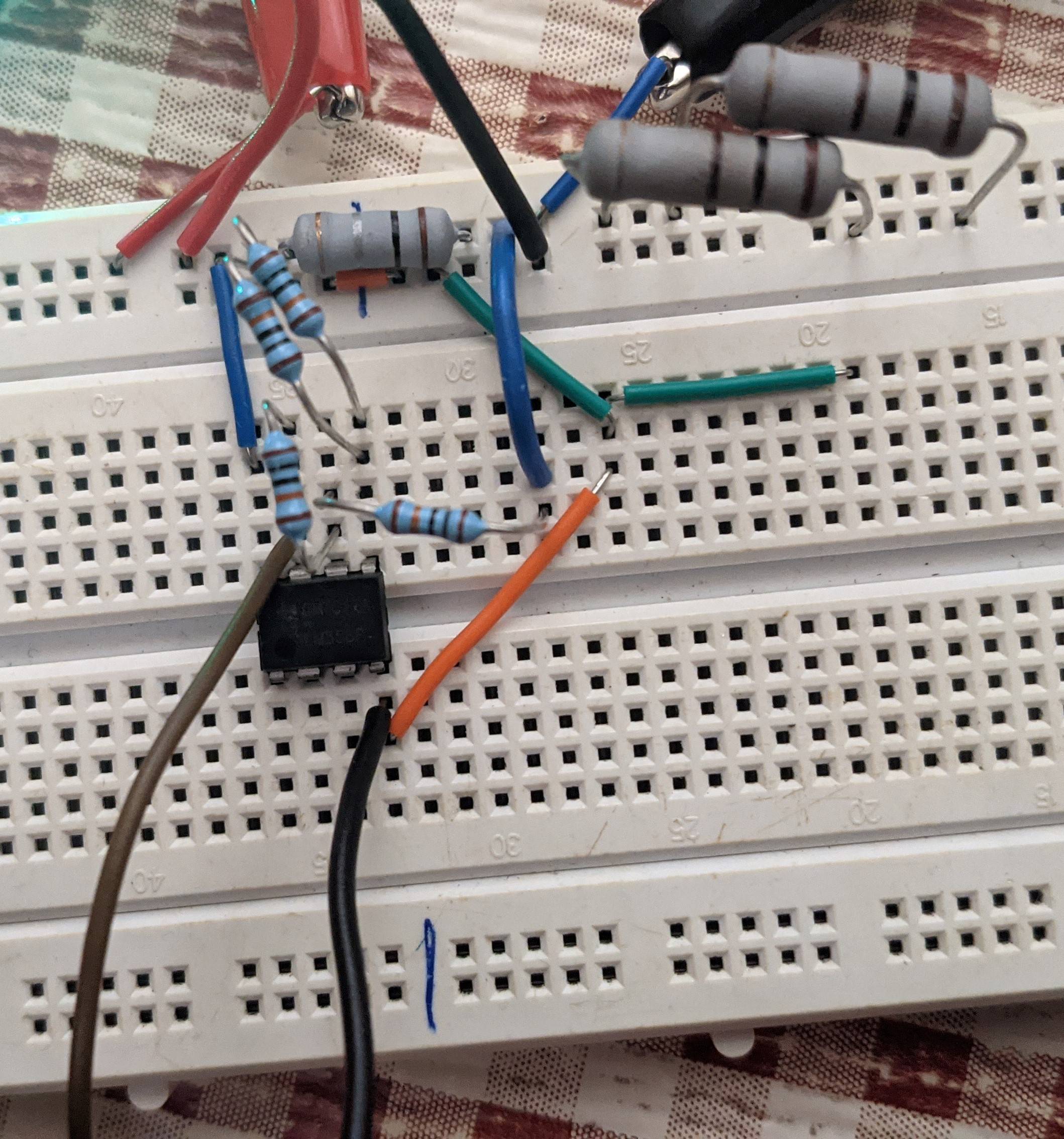 Just to make sure the op-amp is properly working, I swapped the load and the current sense resistor (low-side current sensing) and configured my op-amp as a voltage follower. 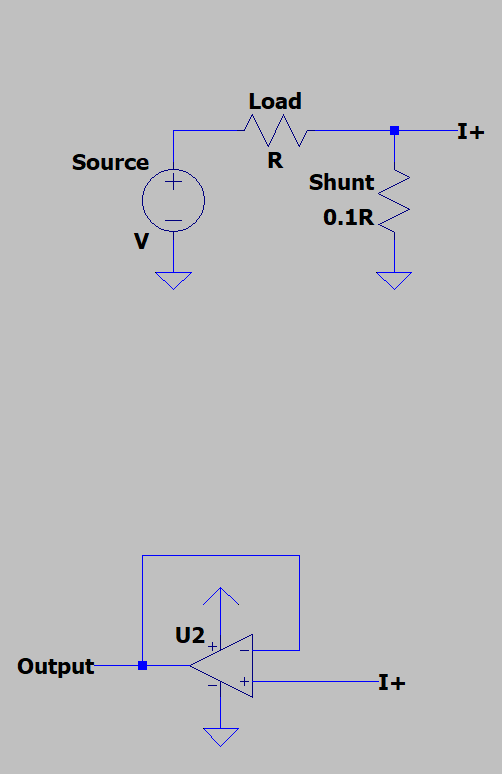 I turned on the power supply and measured the voltage drop across the shunt and the output of the op-amp, and sure enough, it works: 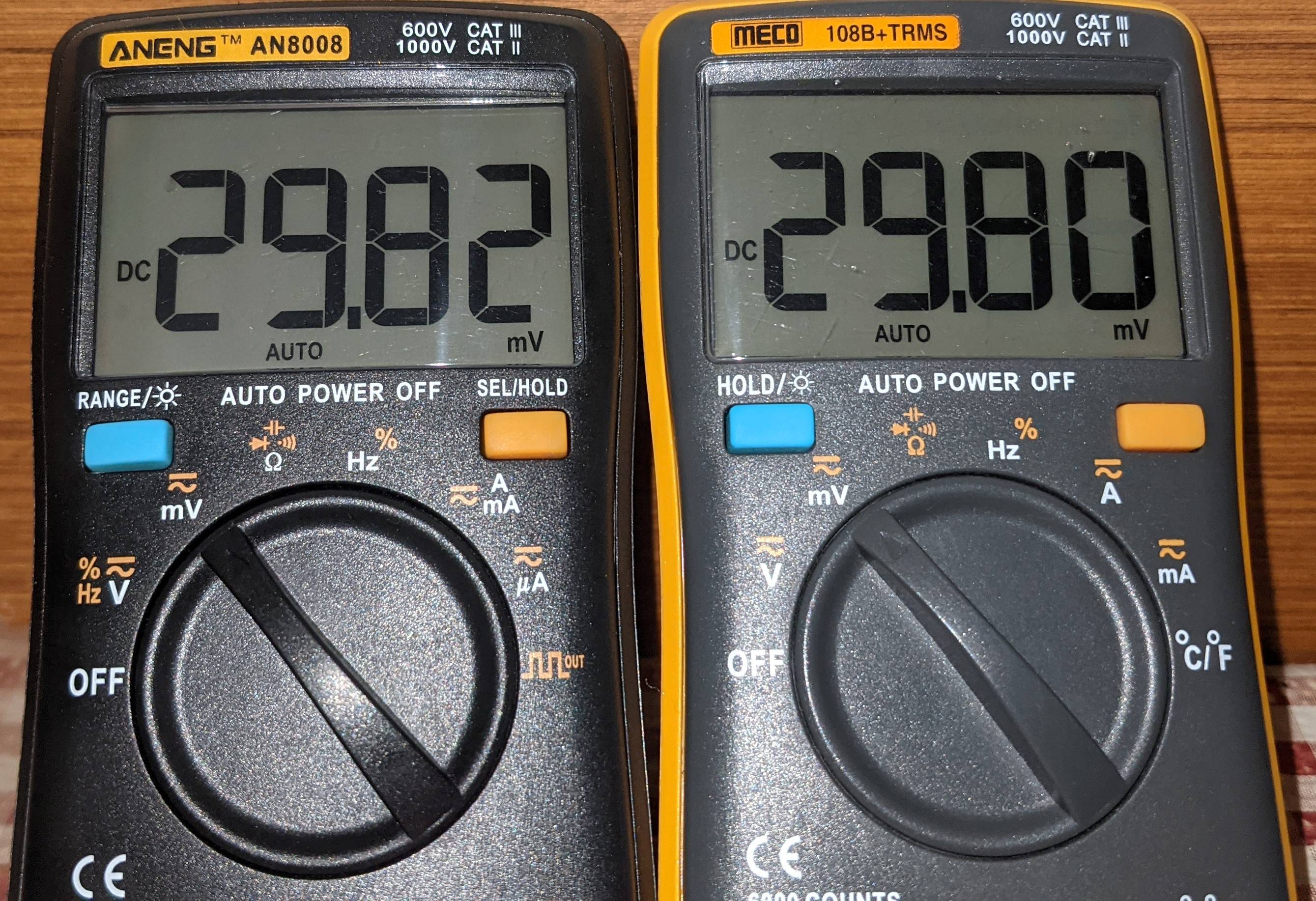 If the op-amp is fine (or is it?), then why does the subtractor circuit not work correctly?

Here's a picture of the op-amp. This is a genuine part, right? 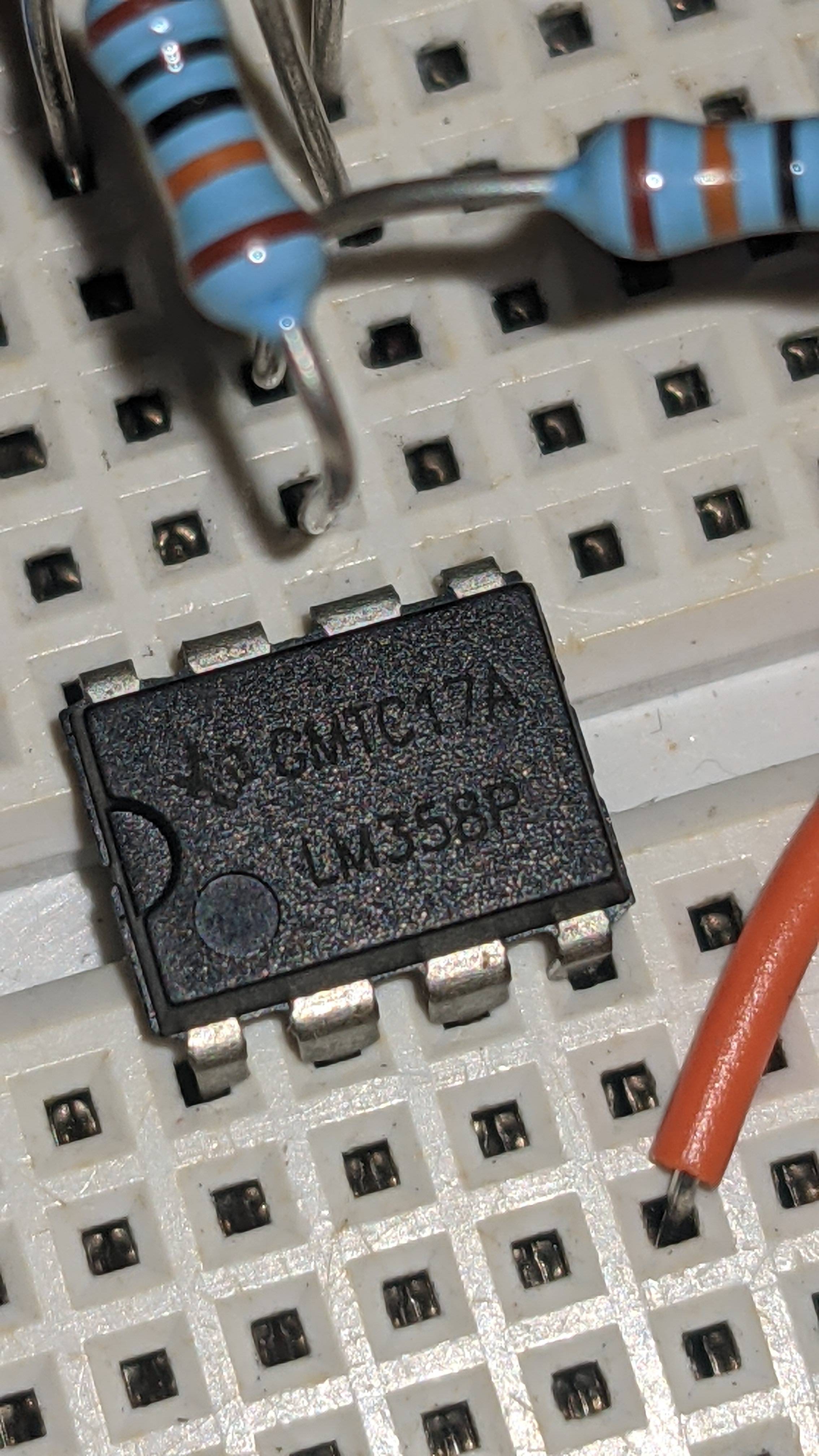 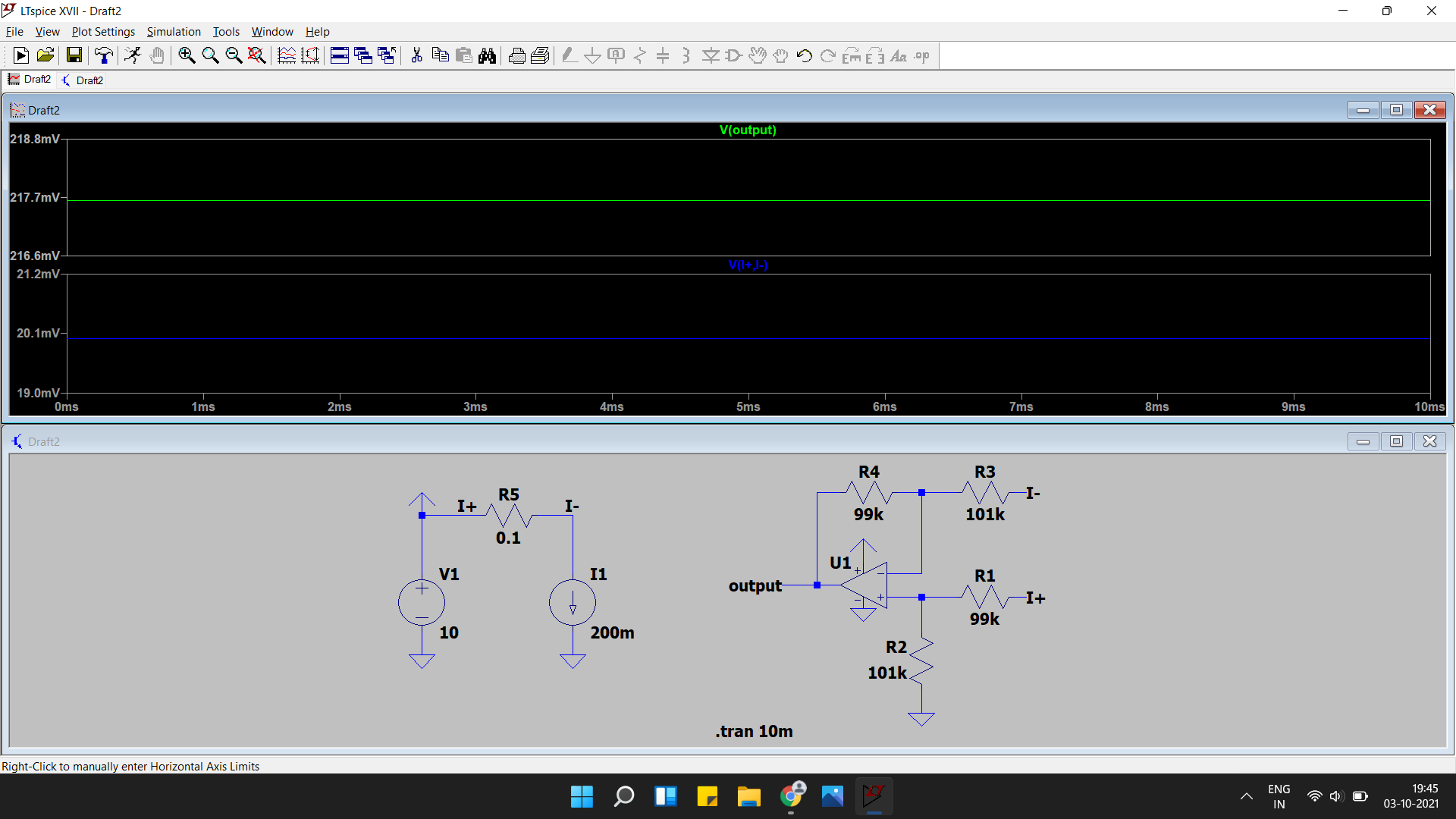 And 0.1% resistors don't give a particularly good result as well 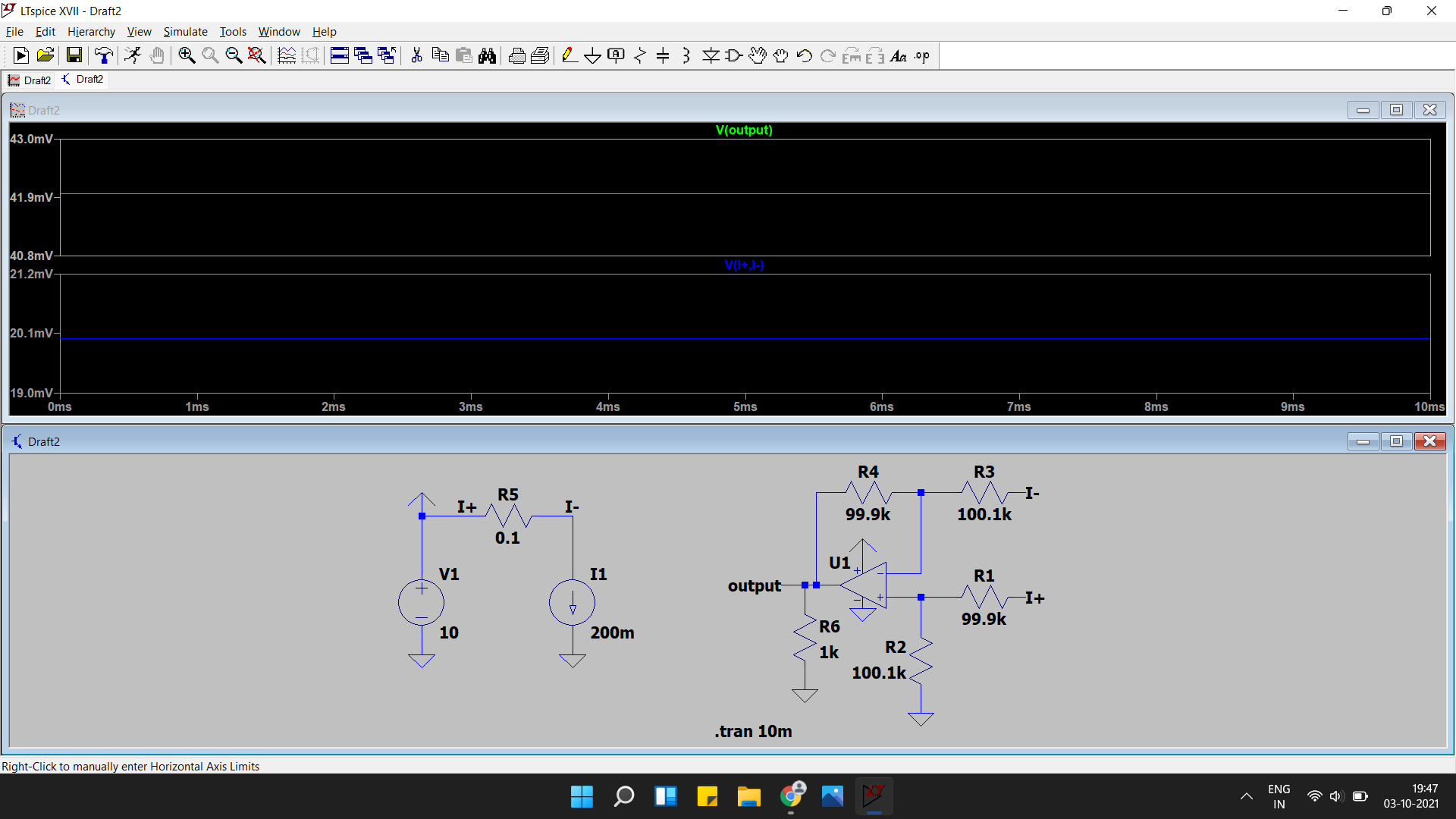 With a 10ohm shunt (Simon's suggestion) and 1% resistors, there is still a large error. 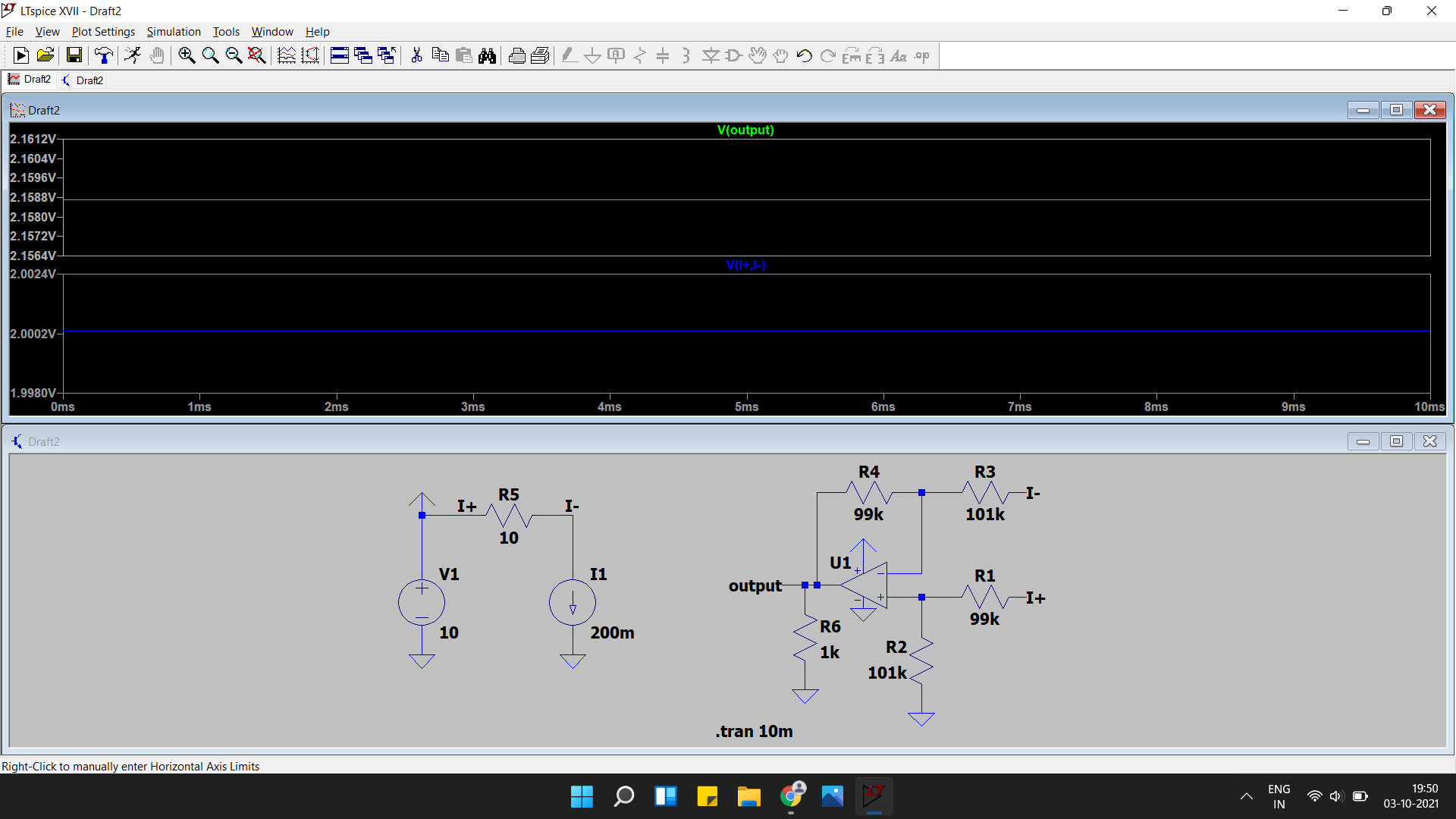 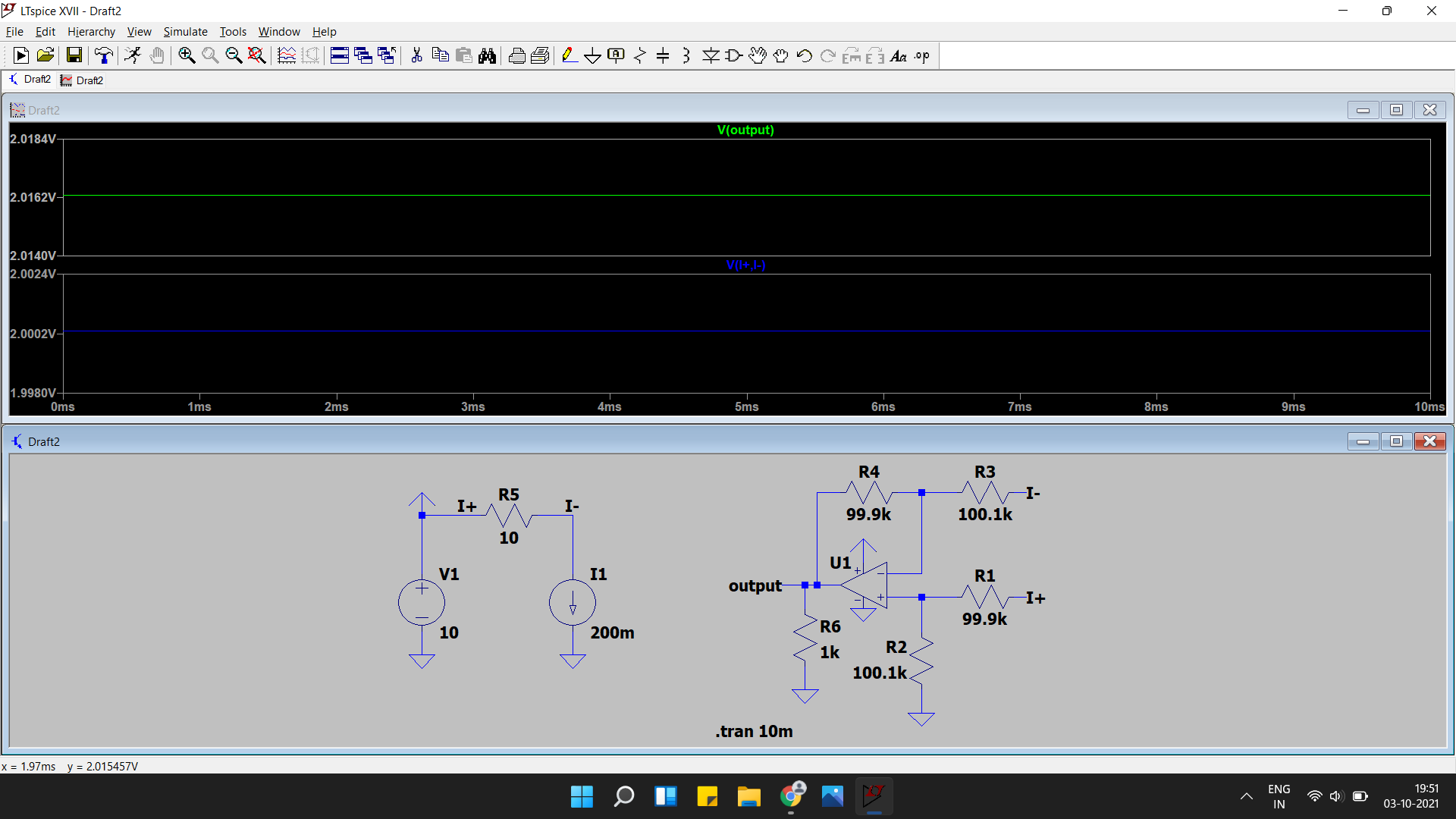 But I obviously cant use a 10ohm shunt, so I guess I have to look for other current sensing options (like a hall effect sensor).

One last simulation for simon 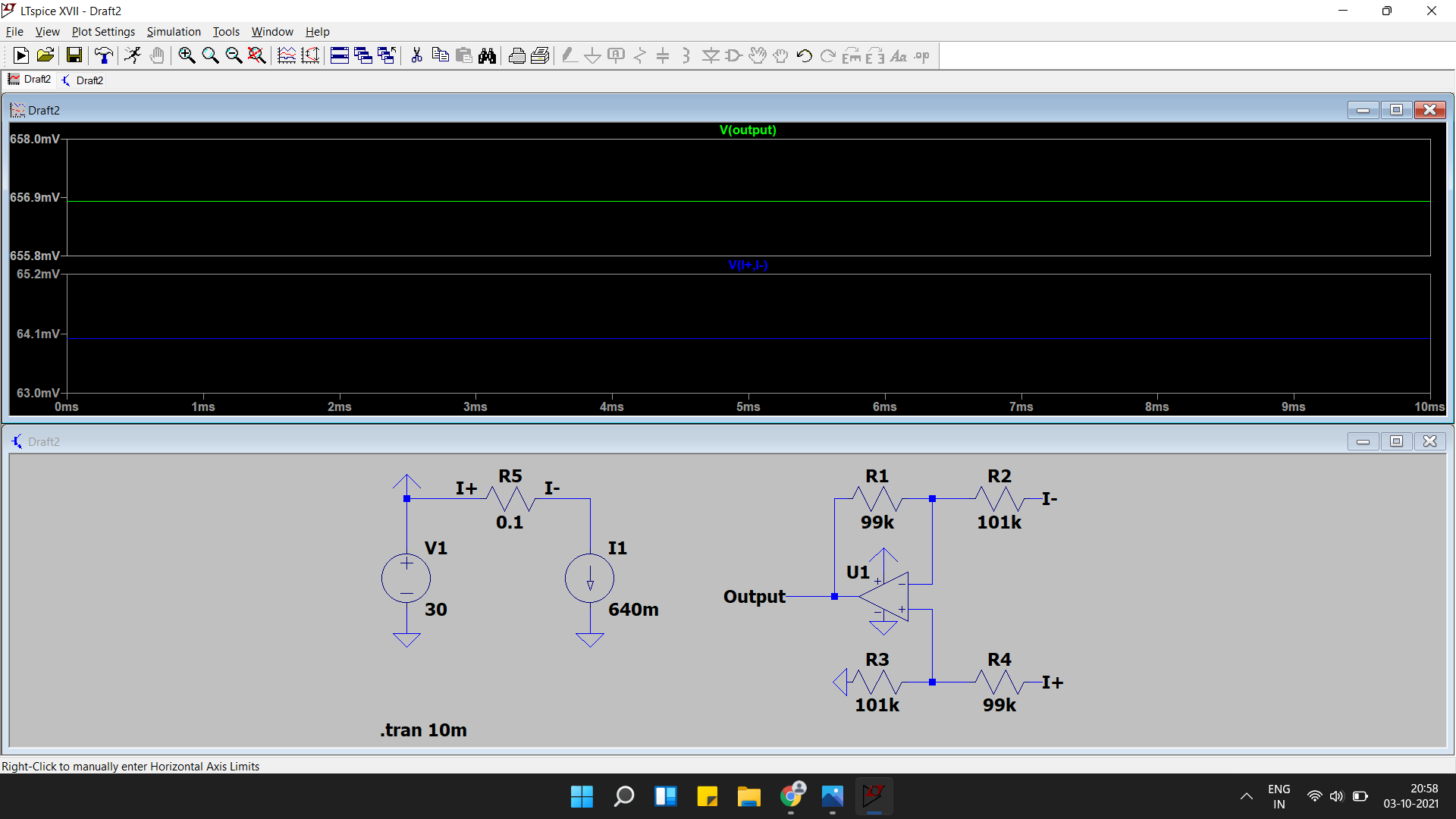 reference designators as per this.

If you plug in the values,

I set my power supply to 10V

It's completely down to the accuracy of the 100 kohm resistors. If one pair is producing a Thevenin voltage (5 volts) that is 1 % high and the other pair is 1 % low then that is +50 mV offset on one pair and a -50 mV offset on the other pair. Given that you are trying to measure a voltage of about 30 mV (if we look at your final circuit readings) you are not going to get this to work with 1% resistors. This is an age old problem with this type of circuit.

Small additional errors come from input bias offset currents running in the resistors. It can be as high as 30 nA and, 30 nA through 100 k&ohm, is an error of 3 mV. Input offset voltages are also present up to a level of about 3 mV.

0
Is it okay to connect two differential amplifiers in parallel from the same signal source?

4
Why does current flow into the transistor in a current shunt monitor?
3
Op amp output load
0
Current Sensing with Non-Inverting Amplifier
1
Why Does Op-Amp Output Voltage Always Saturate (in a Non-Inverting Amplifier Circuit)?
3
Current measurement op-amp calculation
0
Why opamp output doesn't match with the calculation?
2
Current Sensing with Op-Amp, do I need a shunt resistor in series with the load on the output?
0
Measuring current, instrumentation or differential amplifier?