I wonder why the command Commanded Address from SAE J1939-21 protocol, requries a delay between 50-200ms for every multiple package message for the transmitter.

Why? Does the microcontroller unit not have a RX buffer for CAN-bus? 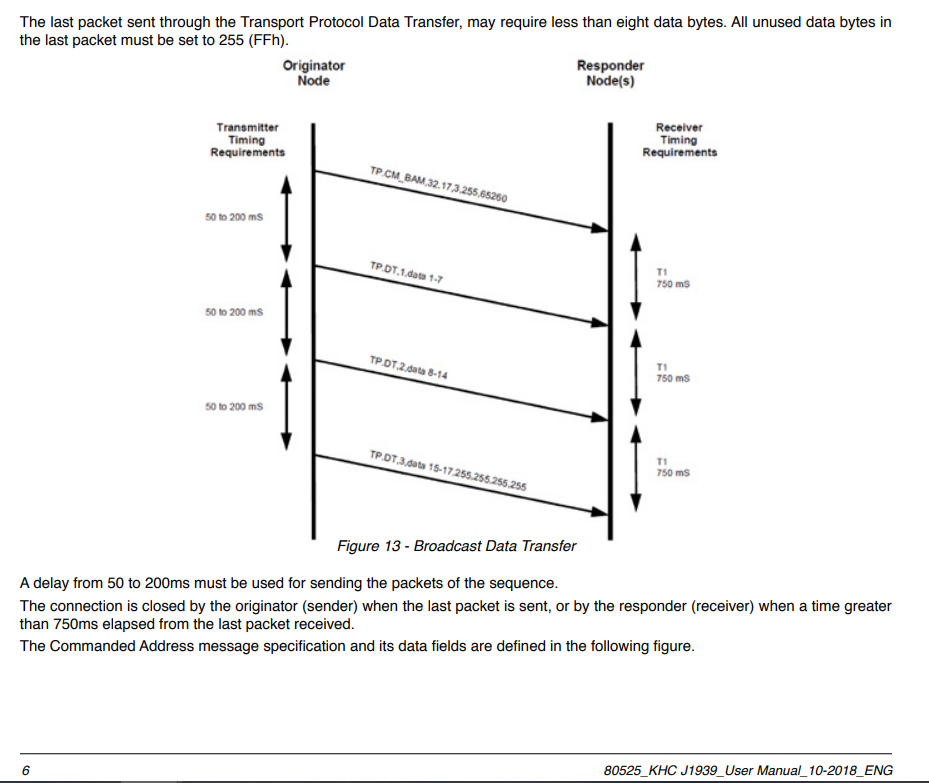 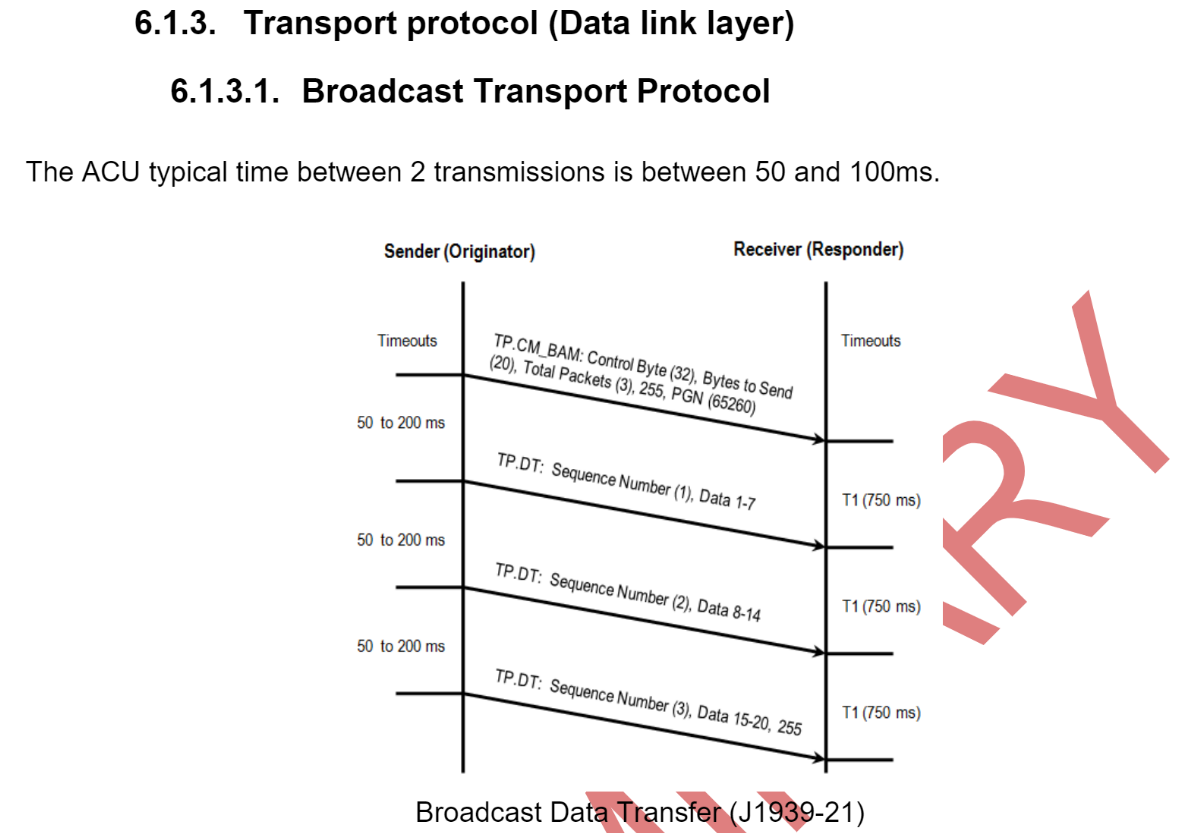 Thanks for bringing it up. I was able to refresh some part of my experiences.

Sending 8 bytes every 200 ms is a very long time

It seems, from the image you posted, that is for a Broadcast packet, which does not use ACK/response. Thus the delay spec gives the design margin to receive-end for processing and timeout. For normal master-slave & peer-peer RTX, it can use timeout, though once ACK-ed, any delay wouldn't be necessary.

Meantime, this discusses packet/frame speed as well, which is much faster than 200 ms per packet.

Not the answer you're looking for? Browse other questions tagged microcontroller communication can protocol or ask your own question.

13
Implementing a CAN protocol layer in software
3
CAN bus goes through periods of re-sending messages continually
0
CAN transmission of message
1
Communication via I2C sensor via CAN bus
0
How should I interpret this CAN bus protocol - J1939
1
Addressing scheme with CAN bus
0
How to decide the message Identifier value in CAN2.0A?
0
Sending raw data with CANopen - Which function/COB should I use then?
0
Peer to Peer in CANopen - How does it work?