So, I am using a constant-current LED driver from the TLC592x series. This driver allows you to tune the current for all of its channels with a resistor RIREF. 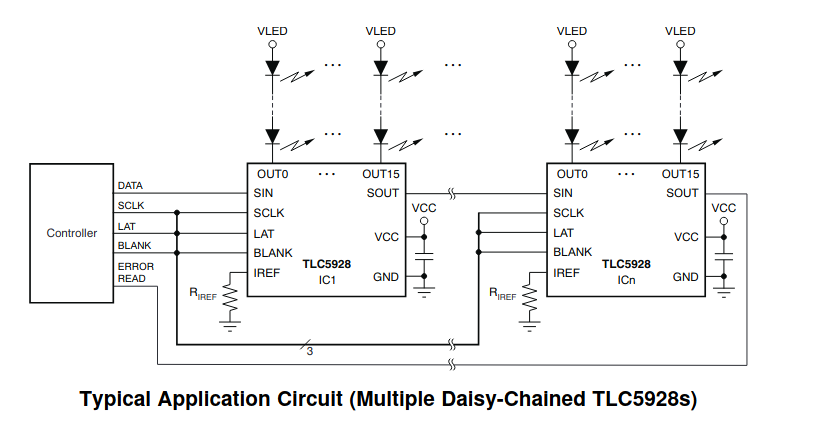 The outputs are used to drive a LED bar that has different colour segments. 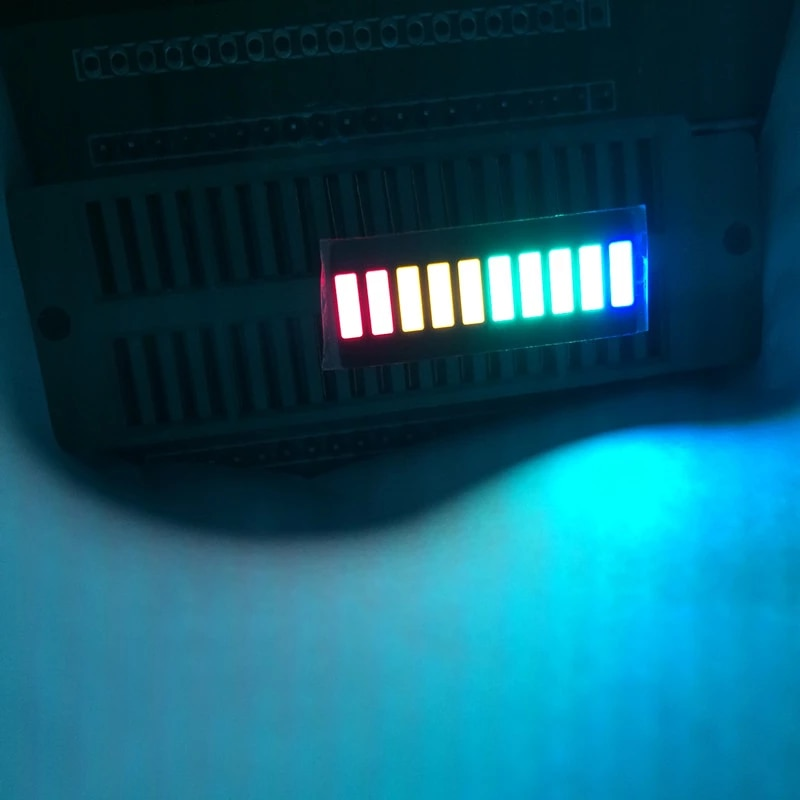 The problem with different colours in a single bar, is that the GRN LEDs are far brighter than e.g. RED, YLW or BLU, at identical current.

I know that I can tune all the outputs of the TLC592x in unison with the RIREF resistor.

But what if I want to change the brightness per channel, while maintaining identical amperage? (I am targeting 2mA or so per channel of each driver.)

Is it as simple as adding resistors between VLED and the LED anode? With a higher resistance for the green LEDs, and a lower one for the blue ones? (Shown as R1 and R2 below?) 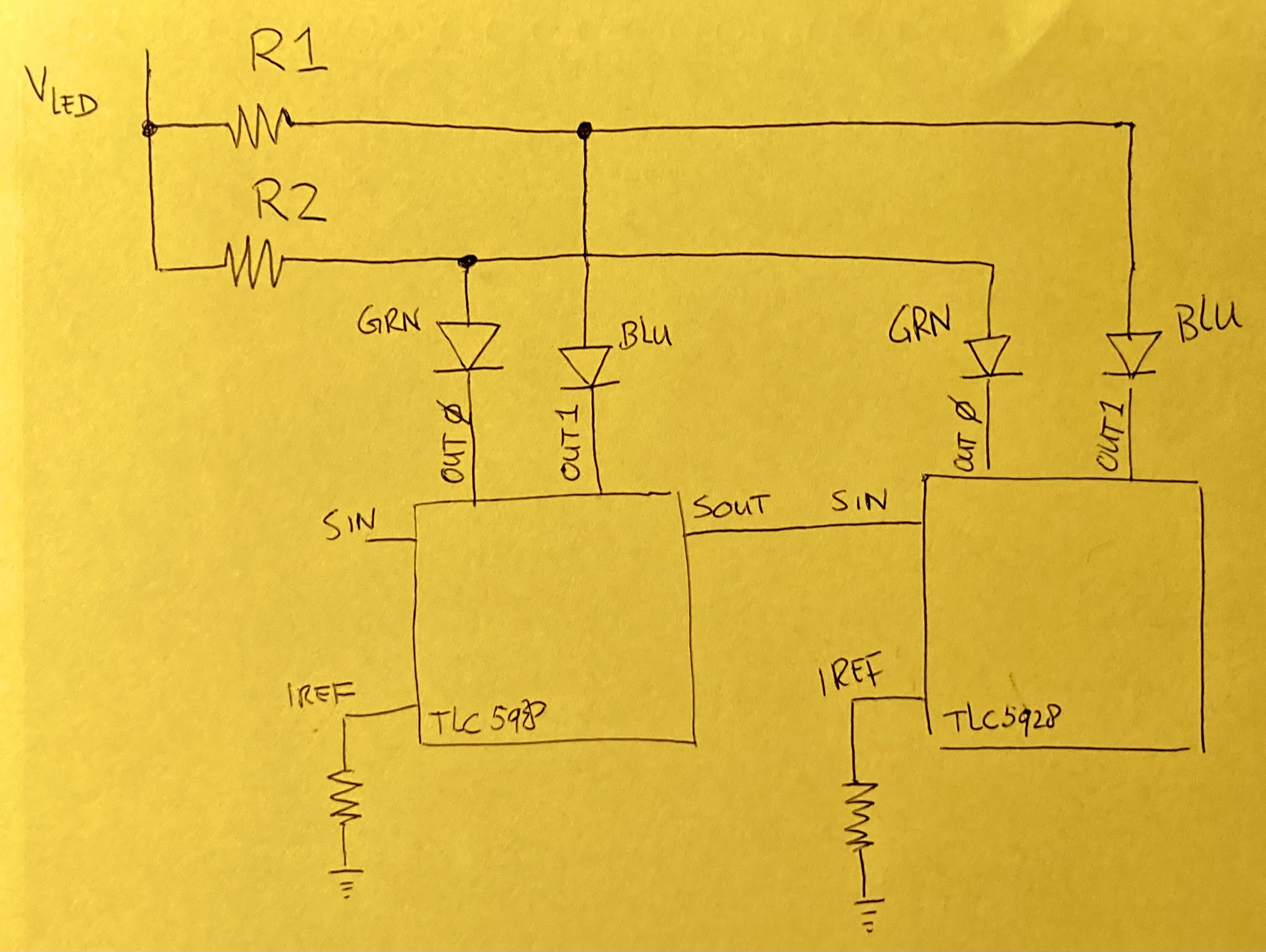 Also: if this is indeed possible, is it wasteful? Would I be producing more heat and less light, or is that effect negligible? (I thought of doing PWM on the VLED, but Arduino PWM outputs will never be able to source the current, I think.)

You are defeating the Rext-controlled current by limiting the voltage and current with discrete R's for each and every Green LED. Yet it can be done by trial and error.

It will be sensitive to supply voltage changes (if any), as 50% bright drop in Vf might occur with a 5% drop in Vdd as LED's are like zeners with a typical voltage range of 10% from bright to dim.

This is the advantage of the R-ext controlled current for globally dimming all LEDs.

It can also be done by shunting current with a parallel bypass R which has the effect of starting to turn on the LED at the bypass threshold so that it can match the dimmer colours at a higher setting. This would be less supply sensitive, but waste the power otherwise used by Green .

Either way, it will be trial and error to determine overall brightness desired and how much to bypass to match your eyes. Judging by 5:1 brighter level, R_green may have to absorb 80% of the current setting for each LED @ Vf

Not the answer you're looking for? Browse other questions tagged led-driver constant-current or ask your own question.

0
Can a constant-current LED driver with a reference resistor be dimmed?

0
How to programme constant current of a LED Driver for various current levels?
2
Can I round-robbin high power LEDs to minimize driver channel requirements?
0
PWM equivalent for a constant current source and load
1
Trying to split the current output of an LED driver
1
How does a dot matrix led driver know the voltage of an led?
1
LED driver high current and voltage
0
(Backlight) LED Driver maximum number of LEDs
1
What power supply do I need for this LED driver?