Why does this op amp stop working after some time?

I have an audio streaming device I bought that has analog audio output that is way too low (it’s supposedly line level, and I’m not the only one who’s complained about this).

I’ve been using this as an excuse to learn about TOSLINK and DACs, but that isn’t the question here. As an alternative to an external DAC I decided to see if a simple pre-amp would work. 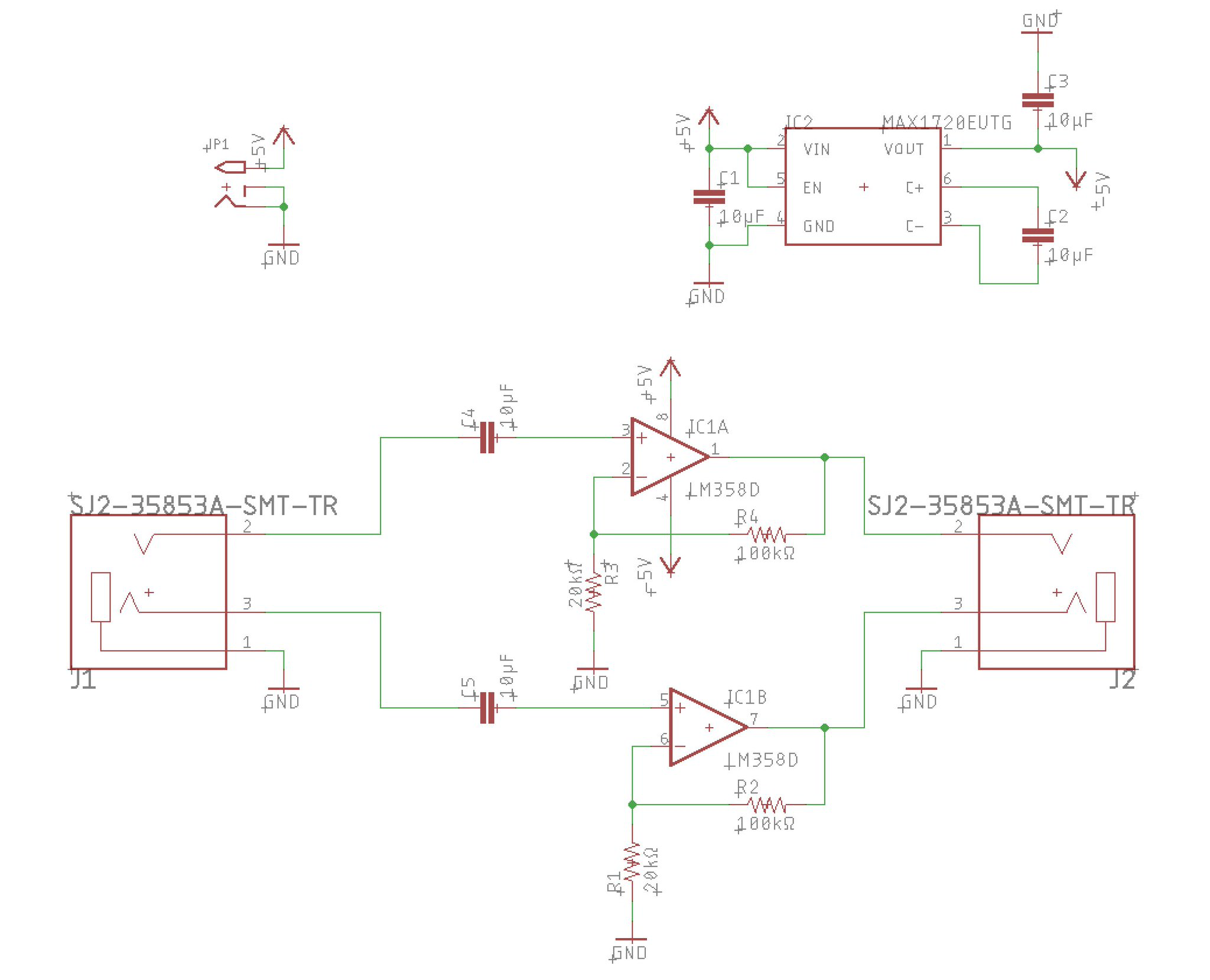 And it does… for a little while. But after a short time (minutes or hours), some sort of bias voltage starts to appear on the positive input pin of both amps (this is inside the DC blocking cap - on the positive input pin of the chip itself). This, of course, gets amplified and biases the output so much that there's no room for the audio. This happens with or without input or load and seems to degenerate over time.

The output load of this preamp is 10 kΩ - it's a power amp I also built that has been in service for many years. Its input starts with a log taper 10 kΩ pot across the input with the wiper going to the input of the amplifier circuit itself (one each with a common shaft for each channel).

At no point do I see any anomalies in either the positive or negative supply rails. So far as I can tell, the circuit draws negligible supply current.

All of the caps are 0805 ceramic X5R with a 10V rating. Could that have something to do with it?

The input bias currents are charging up C4 and C5.

Add resistors between the inputs and GND.

Op-amps require a DC path on each input to supply the tiny current drawn by the inputs. Without it, the DC voltage of the input is undefined. In practice, that means that the input will drift either up (until it reaches V+) or down (until it reaches V-) depending on the internal circuit of the op-amp.

Fix that by adding a 10 kOhm resistor between the "+" input and ground of each op-amp. 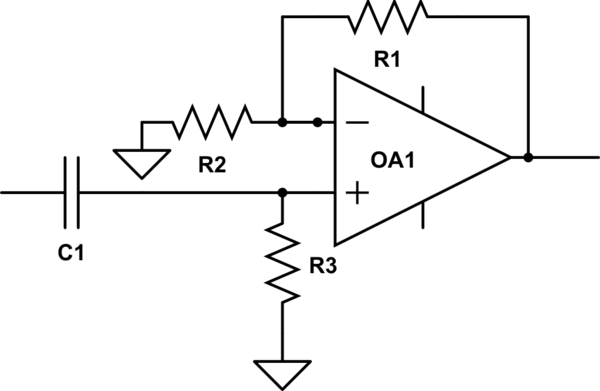 You're missing the input bias resistors on the positive inputs. The bias current, around -20nA for the LM358, on the input pin will charge up the input capacitor and after some time will cause the op-amp to stop working as intended.

The cure, you need a resistor going from the positive input to ground. Something in the 10k to 100k ohm range.

0
Op-Amp working principle
2
How do I change the output volume of this audio amplifier circuit?
1
Startup transient when using a bipolar opamp as a DAC voltage reference
3
Soft fade out circuit for turning off speakers
0
Some questions regarding input stage of audio signals to the pre-amplifier
3
Why is my microphone circuit not working?
0
Op Amp peak detector not working