Suppose we are given a fully differential (low voltage single supply) op amp with common mode feedback. It is common knowledge to break the loop in order to measure open loop ac performance for loop stability. In the first figure, there is a common setup to measure differential gain from input to output and measure the gain and phase response at the output (vop-von, differentially). The idea is to break the loop (using large inductor short at DC) for dc feedback only, but open loop to ac. The input on the other hand has a large capacitor for open to DC and short to AC. One can run a bode plot of the AC Gain and Phase, in order to look at Phase Margin of the differential gain.

Can someone show a working testbench setup for LTSPICE that will measure the CMFB (Common Mode Feedback) loop stability using AC analysis? A google search will return plenty of examples for stb analysis using a program like Spectre, but next to no examples for a more simple spice simulator like LTSPICE.

More specifically, given an OTA architecture (Folded Cascode Input and Dual Differential Pair common mode feedback) as in Fig 2., can you show a test setup (like Fig 1) with specific source stimulus and response measure location(s) to perform CMFB loop stability using AC analysis with LTSPICE only? 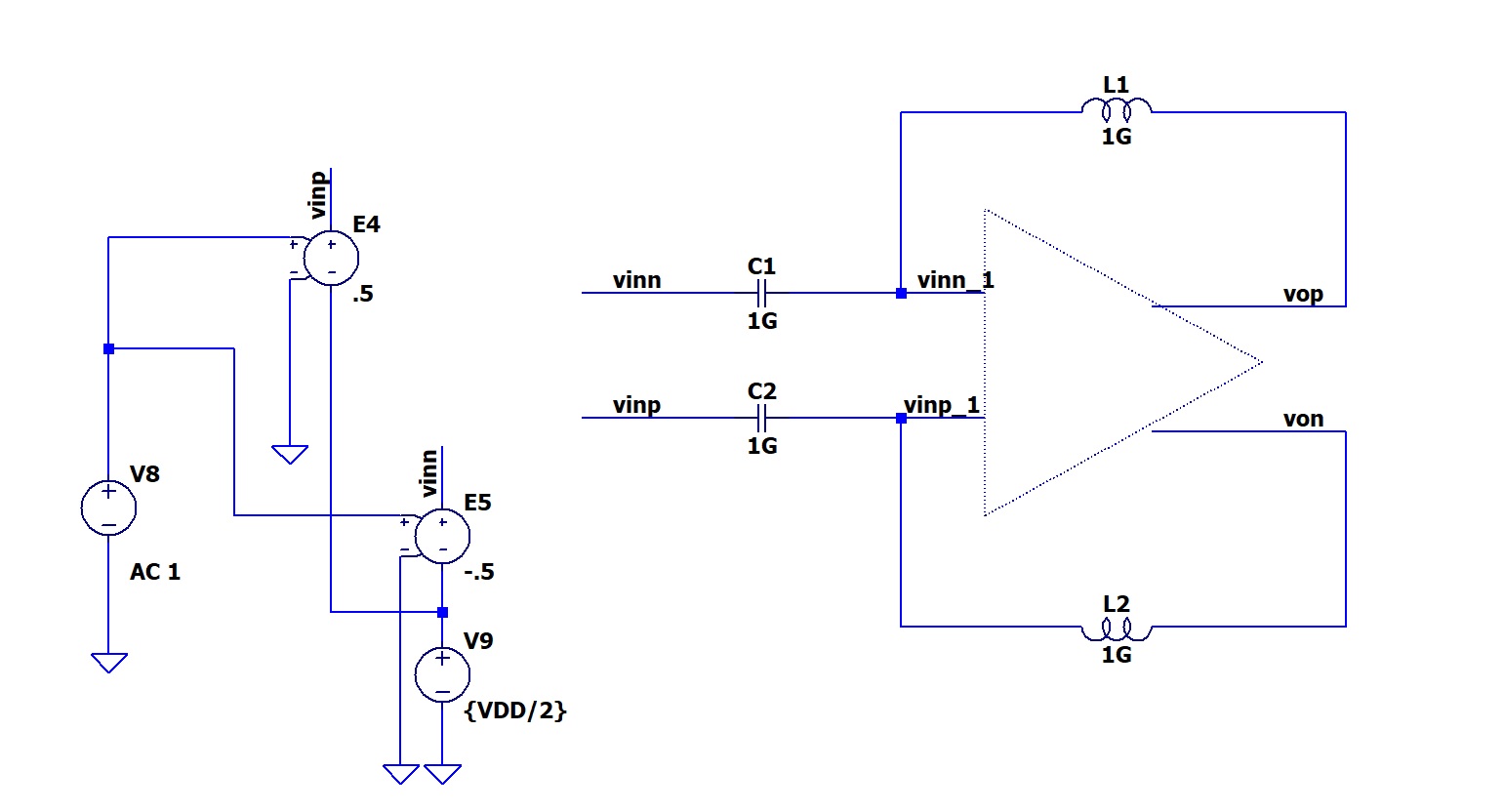 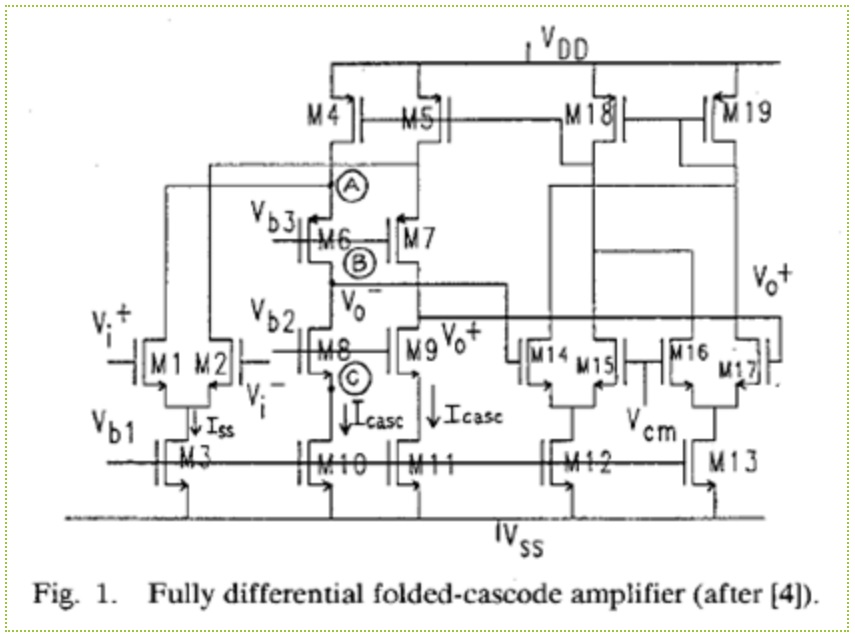 I learned to use Spectre (and other simulators) when there was no STB type source. So what I used (and still do) is a lowpass filter (RC) and a VCVS. Here I use that to keep the feedback loop working at DC but at AC the loop is open as the RC filter prevents an AC signal from getting through.

To make a Bodeplot of the AC transfer, I add a voltage source with AC = 1 in series with the VCVS.

This shows how I open the loop of an amplifier with feedback and add my DC-pass but AC-block circuit:

When you plot the voltage at the point marked "loop output" you will get the open loop transfer.

6
Why does the LTspice op amp stability tutorial recommend open loop analysis?
1
A question about loop gain, feedback and stability of an op amp circuit
0
How does this CMOS OTA with common-mode feedback work?
0
How to quantify the effect of the common mode input for a given CMRR?
0
Common mode feedback for current mirrors
1
Help check amplifier stability
0
Stability analysis of cross-coupled amplifier in Cadence
1
What is the significance of phase margin in an open loop amplifier?
5
OpAmp with common-mode voltages and zero feedback current
5
Instability of fully differential op-amp in LTspice