I just finished designing an analog 10-band EQ guitar pedal, and it works really well in simulation. I'll be breadboarding it shortly but another idea popped into my head and I can't stop thinking about it. I'd like to try my hand at designing an analog delay pedal, but I'm not sure how to go about it.

My initial idea was to use a variable gain circuit that adds phase shift to the input signal, then sum the original input signal with the phase shifted signal. I'm not sure how I'll make the added phase variable or have multiple taps, but am I on the right track? Would this have the intended result of delaying the input?

For audio delay effects you want delays on the order of ms. The sub ms delays are more akin to phaser or flanger effects.

Getting an analog delay of ms that preserves the phases of all frequencies is difficult. You need a delayed transmission channel. This is far simpler with discrete-time sampled signals, such time-digital charge bucket brigades or completely digital solution based on ADC->DSP->DAC. But here are some ideas without such newage gimmicks:

I guess your best bet is to look at how the vintage delays with tape worked. Tape travels slowly. So ms can be achieved in short distance but requires motors and tape readers etc.

You can also try a speaker into a pipe and a mic on the other end. Sound is also rather slow and you can achieve a ms delay in less than a metre pipe. delay would be fixed and frequency response won't be flat.

you could transmit the signal directly into a long curled transmission line. delay would be fixed again and you need many km of line for notable delays.

My initial idea was to use a variable gain circuit that adds phase shift to the input signal, then sum the original input signal with the phase shifted signal.

That will only give you a strange filtering effect where certain frequencies will cancel out. If you make the phase shift sweep then you've got a phaser. 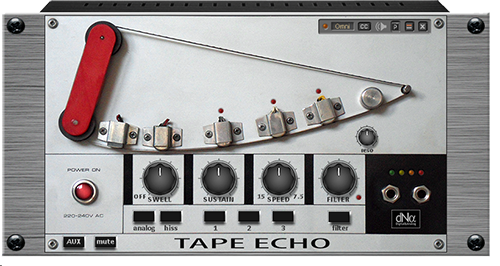 Figure 1. An analog tape echo unit. This one appears to have five heads - erase, record, playback, playback and playback. Tape loops would be created with a diagonal splice to avoid a click. 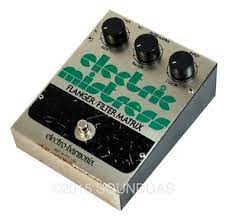 Figure 2. The Electro-Harmonix flanger was a big success when launched in the 1970s. It used a bucket-brigade device as the main element of the delay line.

Figure 3. The EHX flanger schematic was based on the SAD1024 bucket-brigade chip. Image source: How the Mistress works. The article might be worth reading.

The bucket brigade device gives the desired delay so that when mixed with the original signal a wide flanging effect is obtained. (The effect was originally created by playing back two identical tape recordings and alternately slowing them slightly by pressing one's hand on the flange (outer edge) of the unwinding tape spool - hence "flanging".)

The Build Your Own Clone product I mentioned in the comments may also be of interest.

If you want pseudo analogue guitar effect check PT2399 echo processor, it costs cents. When they sell analogue delay they use this or something similar. In past they were using Bucket-brigade device. Idea is to hold samples in capacitors. So it is discretised but not digital. Thats why I call it pseudo analogue.

I think that real analogue delay could be possible with mercury tubes. Copper to mercury "electricity speed" is 300/1.3. But it would be the job for experienced team, don't try it at home!