Create an H bridge with MOSFET instead of relays

I am powering a motor with a 12 V battery. When I power on the motor I am using 12 amps of current. As a result the motor uses 144 Watts.

Before I used to have this diagram: 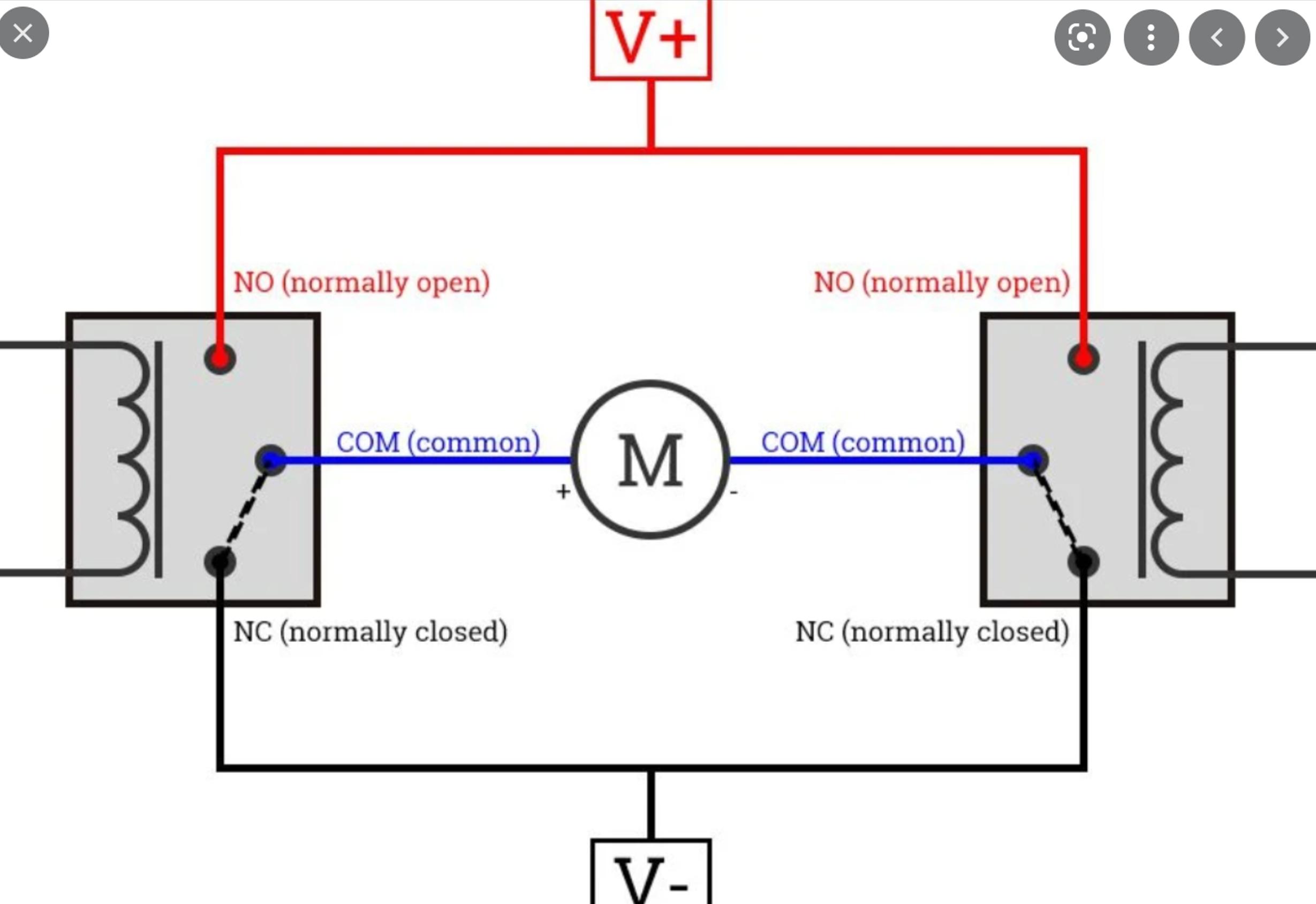 And now I want to achieve the same goal using a MOSFETs. So now I have this diagram: 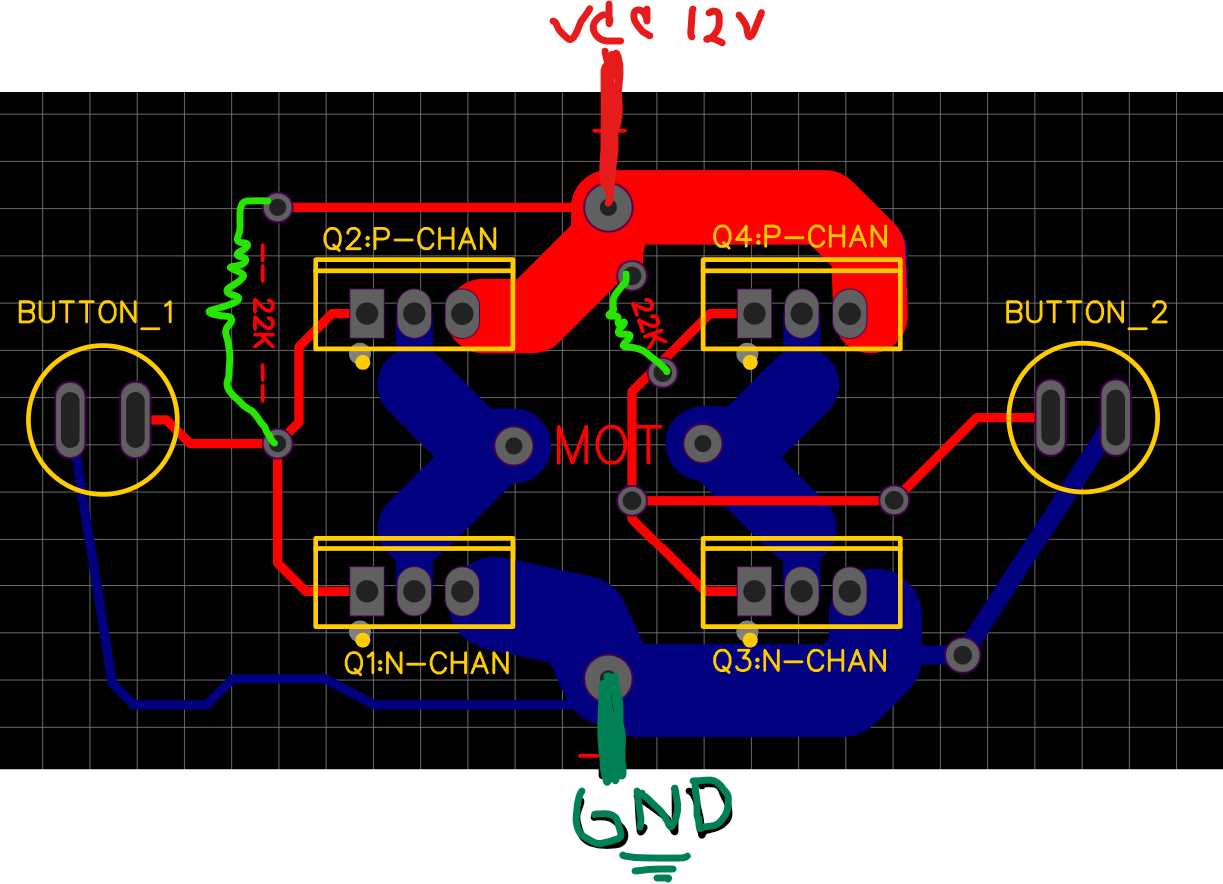 If none of the buttons are pressed then Q2 and Q4 MOSFETs are left closed so no electricity can flow. As you can see the gate is attached to a pullup resistor of 22k Ohms. So the gate is by default with a positive voltage. Because it is a P-Channel MOSFET that will make the MOSFET be left open. Because the MOSFETs on the bottom are N-Channel that means by default they are open.

If I press button 1 then the Gate of Q2 and Q1 will become negative instead of positive. As a result electricity will flow this way: 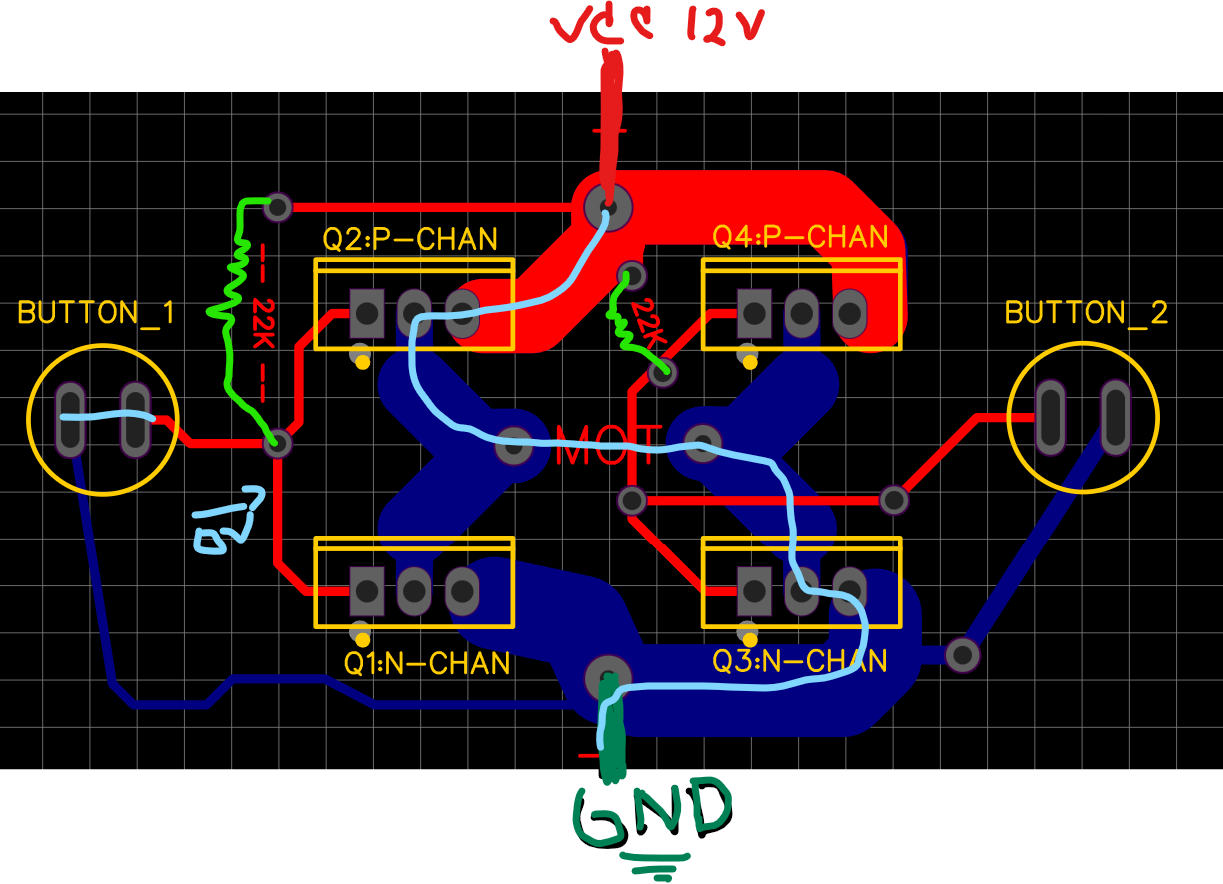 Why are the P-Channel MOSFETs (ones on top) getting really hot? When spinning the motor by pressing the button on the left, the top MOSFET Q2 gets really hot. When I press button 2 instead of button 1 then the top right MOSFET Q4 gets really hot. I gets so hot to the point that smoke comes out.

These are the specs of the IRF4905 MOSFET:

This are the reviews of the P-Channel MOSFET that I purchased: 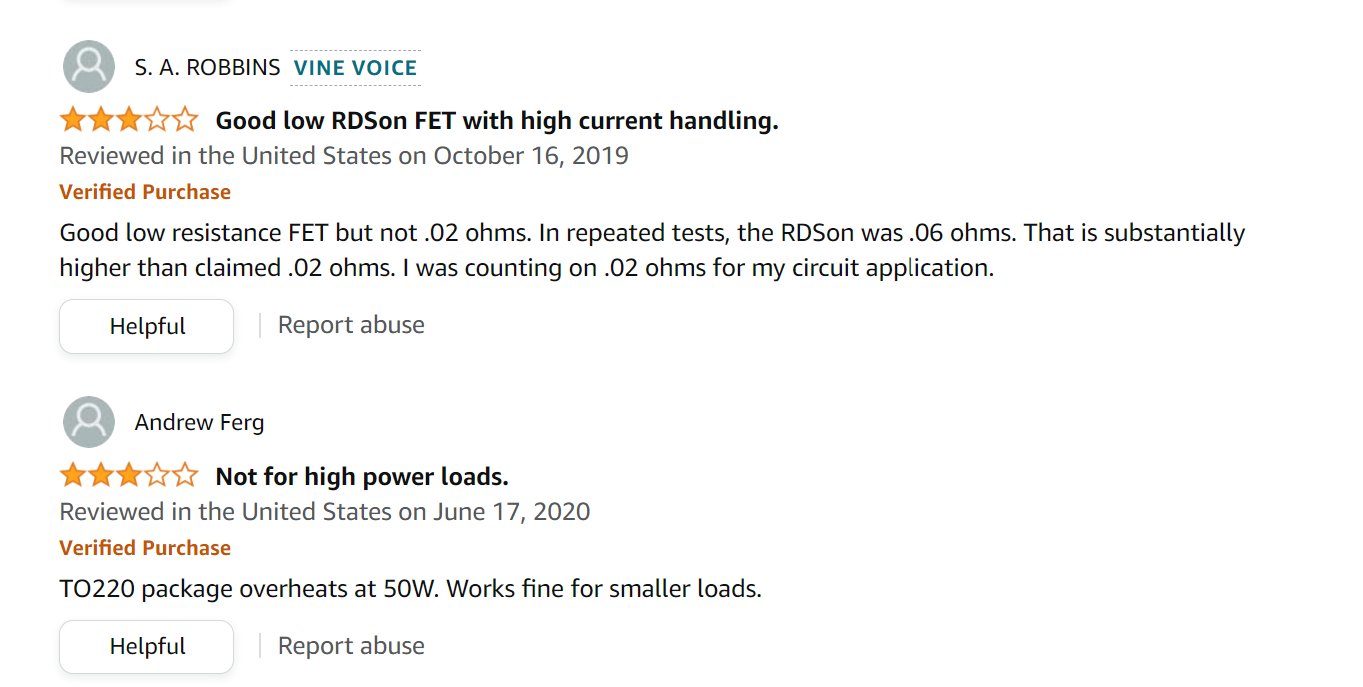 I guess that is my problem and that explains why only the p-channel MOSFET overheats.

Overall needs much greater understanding on how a full bridge works so better specs and design results in cool operation.

Do not try to reverse full voltage at full speed as this doubles the motor voltage and 4x power.

2
H-bridge - concern about mosfets
2
Multipurpose momentary button - microcontroller/arduino - Which mosfet to use?
10
Why do my P-channel MOSFETs keep dying in this H-bridge?
1
Half Bridge with dual powre supply and two N-channel Mosfets?
1
H bridge heating issue when driving BLDC
0
Help with Buck Converter Charge circuit
2
Can a MOSFET work upside-down?
2
Is the BSS138 capable of level shifting this voltage difference?
0
Driving a Peltier Module via N-channel MOSFET H-Bridge