I am making current measurements from a current-limited power supply. I'm currently using a 0.10 Ohm shunt with a X10 scope probe connected directly across the shunt. This connection uses the technique described by both Bob Pease and Jim Williams where the ground connection to the scope probe is bare wire wrapped around the exposed ground metal right at the front of the probe. The probe tip slips into a tiny receptacle right at the shunt.

In other words, the wire lengths between the probe and the shunt are as short as I can possibly make them.

Scope is a Tektronix THS720P. Probes are, I think, P119 Tek probes (X10 only). That said: I have lots of different Tek scope probes available for use if advisable.

The shunt is 10- 1.00 Ohm 1206-size resistors in parallel using a piece of Veroboard (stripboard). Very small, as low inductance as I know how to make it.

I have also made a similar shunt that uses 100 pieces of the same resistors for use when I can use it.

The scope probe is connected right at the shunt.

For example, connecting the DMV connections of the Tek 720P scope causes the ringing to get worse.

I'm asking for suggestions on how to use (or fabricate) a X1 scope probe and still get good high-frequency response.

Also asking for suggestions on what to do to minimize the ringing that I am seeing.

I have an old Tek scope probe or two where the cable is in great shape but the probe body plastic is disintegrating. I can use those cables as I see fit if anyone has any suggestions. 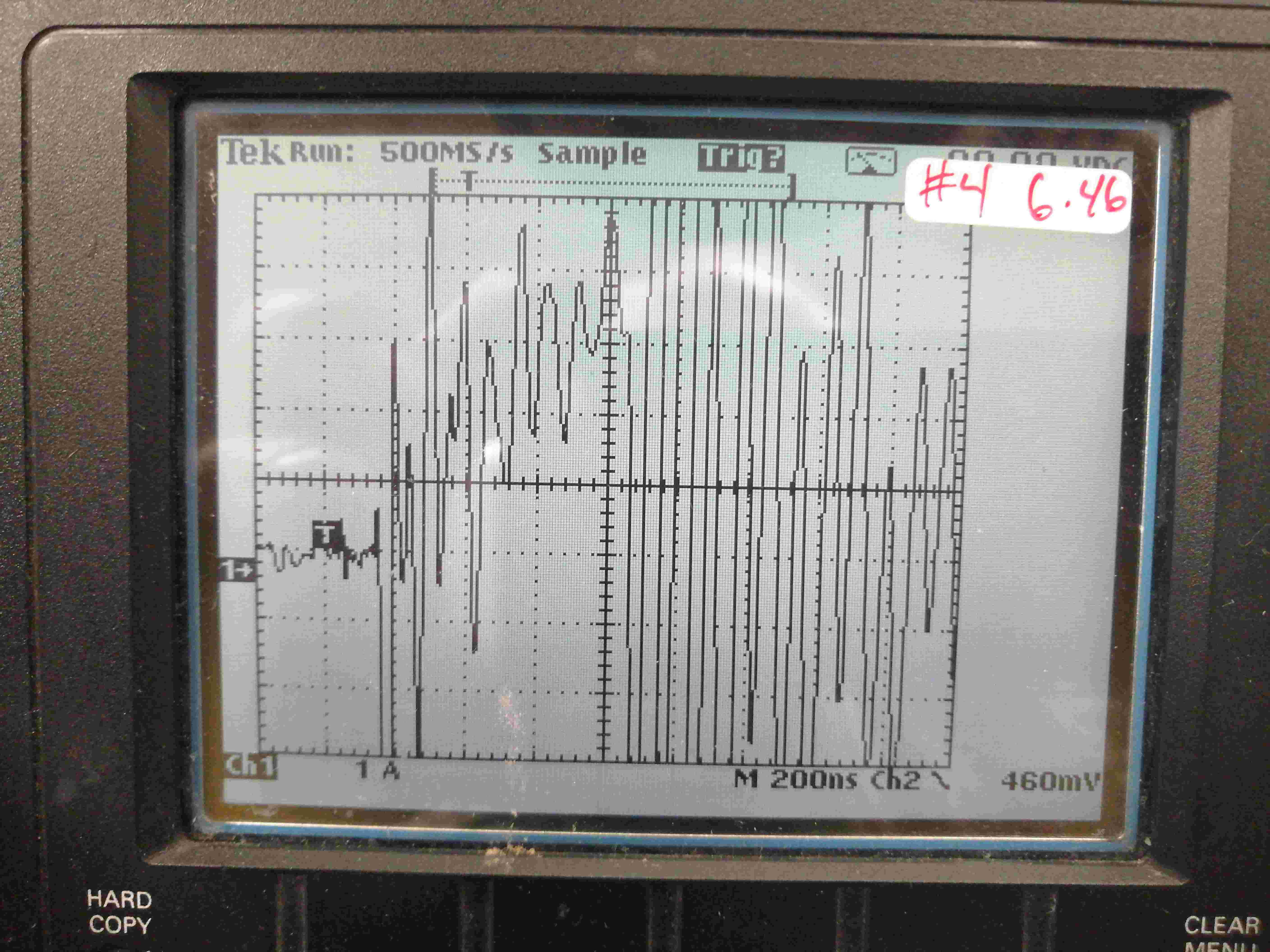 The initial portion of the wave form is a ramp with much ringing.

Suggestions / questions were made in regard to the loop area occupied by the current-carrying conductors.

The wires are twisted pair so as to minimize loop area. Please see the photos below.

Interestingly enough: I seem to get better results when the wires are NOT twisted! The ramp is more easily recognized ant there is LESS ringing. 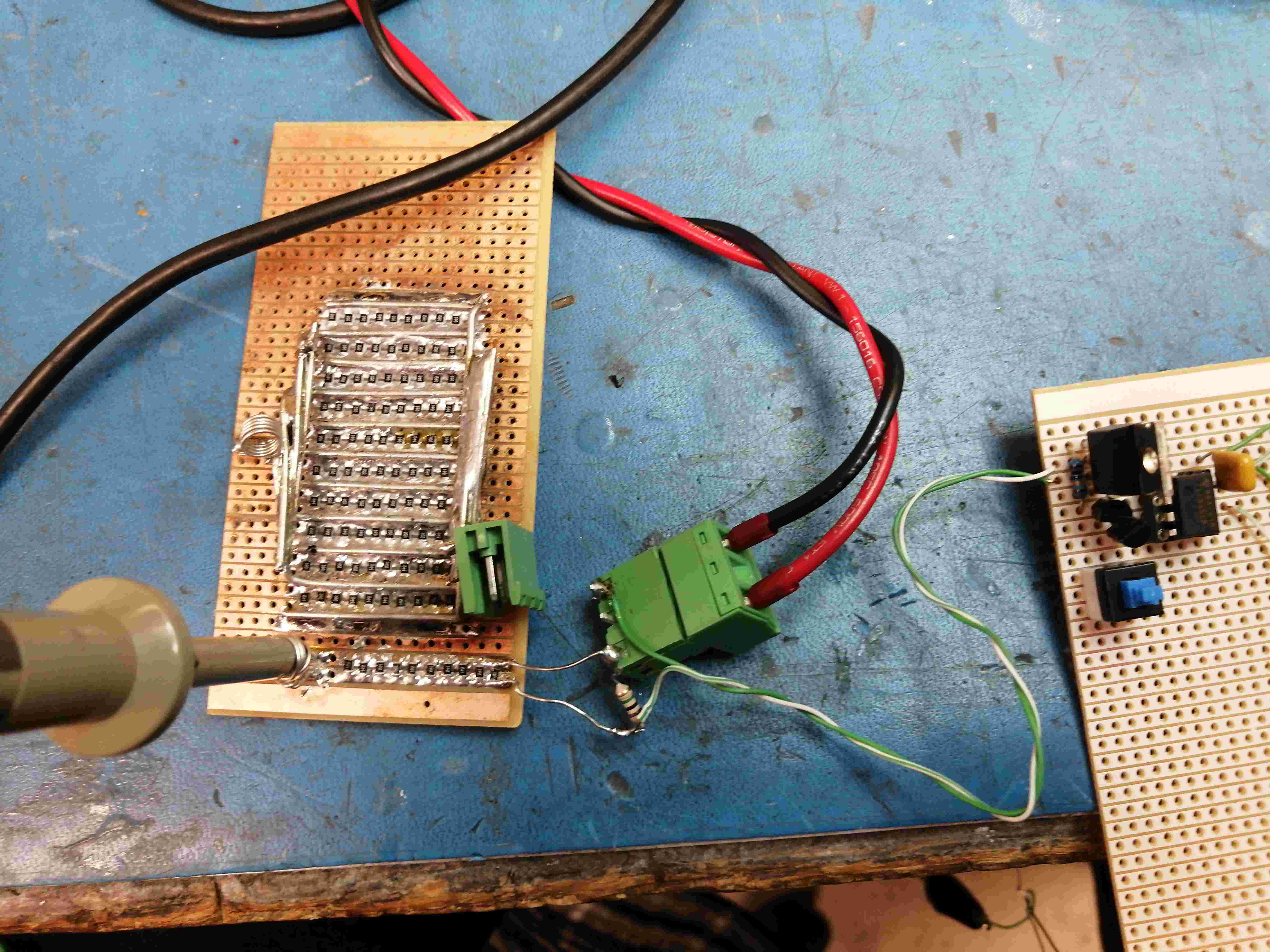 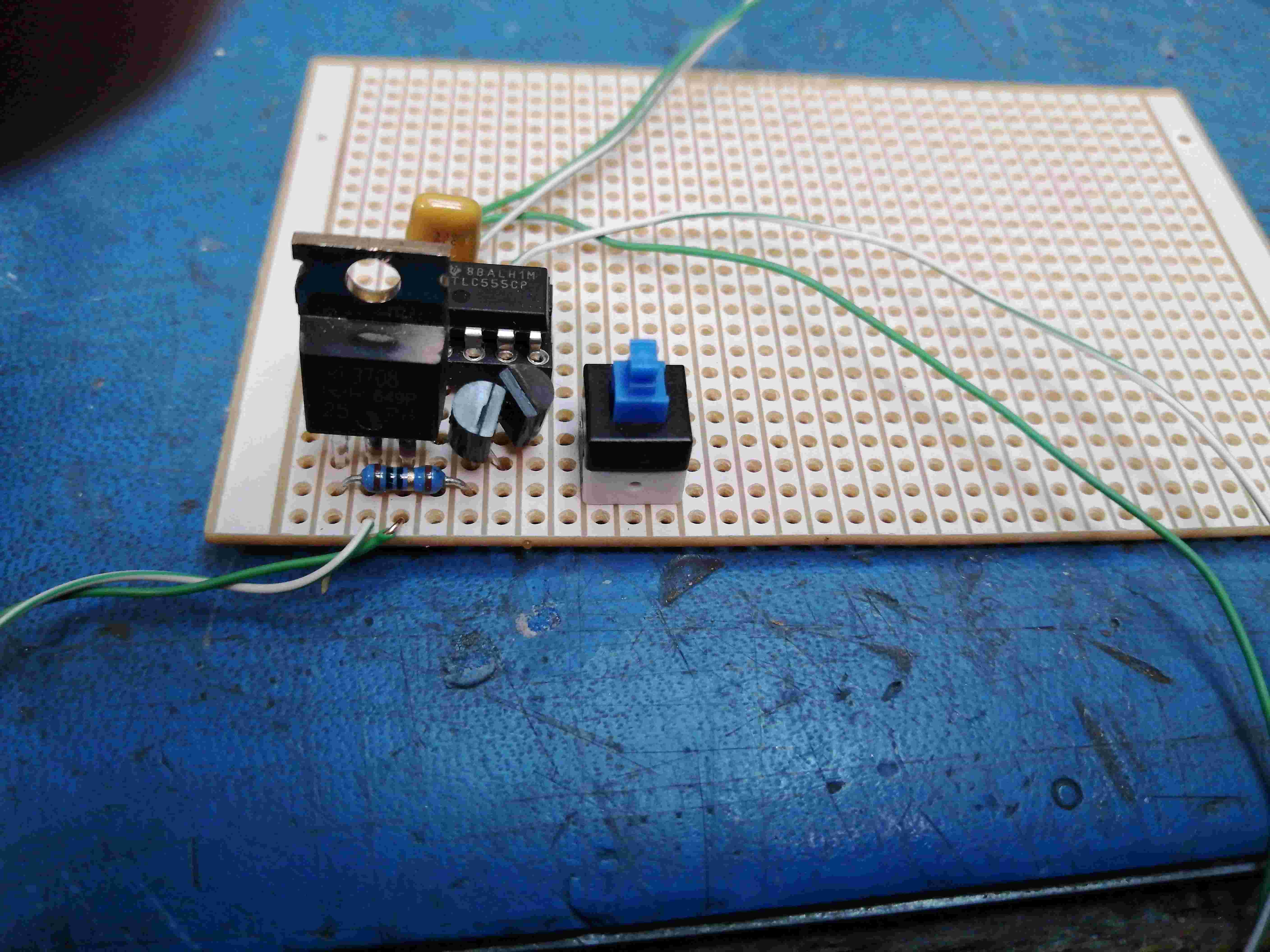 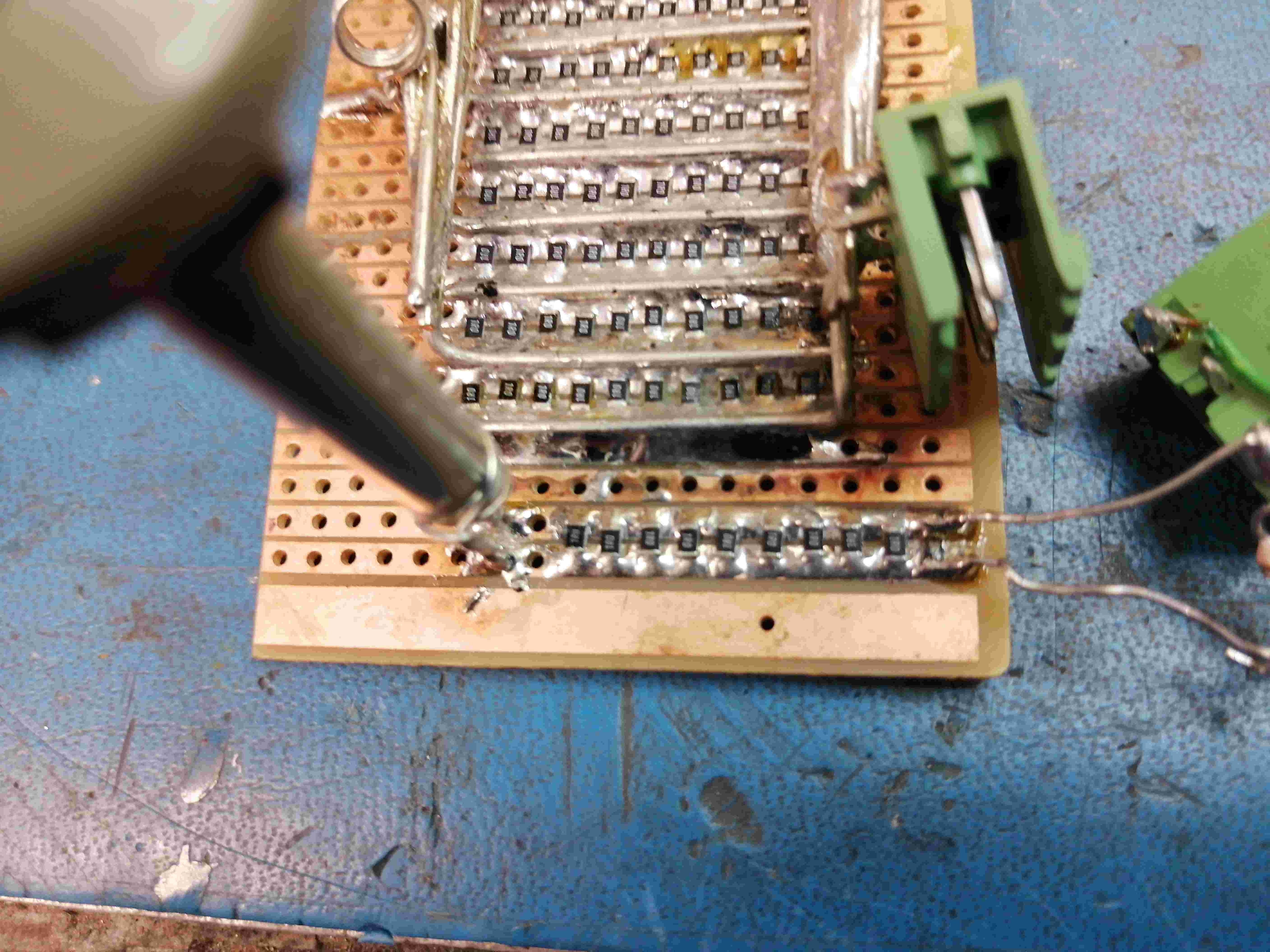 If you know the impedance of your 1:1 probe coax is not 50 Ohms but a low capacitance type that Tek uses such as 75 ohms (or higher) then you would use a series R of 75 Ohms series input and same on DSO as a load with a 2:1 scale factor.

The DSO 50 Ohm internal terminator is convenient, but this will cause some ripple in the coax response from mismatch at 1/4 wave multiples >~ 100 MHz. So it may be better to use a BNC "T" on the DSO and insert a thruhole 75R like a jumper, bridging the BNC centre and barrel. (*)

For measuring DCDC ripple voltage , you can use the same 1:1 coax probe method with < 1cm connections to gnd. You can also use 50 Ohm Coax with on-board SMA socket or similar. But you must use a series Cap to avoid risk of burning out the 50R load.

Additional info: https://download.tek.com/document/02_ABCs-of-Probes-Primer.pdf This is just the basics. It's more complicated than this.

2
Issue with circuit design 10x probe
4
Emulating Old Tektronix Coded Probes
2
Oscilloscope probe measure squarewave
2
Measuring noise on DC rails with active probe
1
Quantitative analysis of capacitive pickup of 60 Hz by an oscilloscope probe
0
Wrong AC mains probing or Issue with Diac/Triac?
6
Why do I get 0 volt output when I have a voltage divider with a square wave input?
0
Understanding scope measurements