In an Adruino-like project that is built to deal with worn potentiometers (trimmer pots inside thumbstick, of alps alpine type), I am noticing a consistent set of input reading patterns among all old, overused potentiometers.

The patternis best described as having the input tending to prematurely reach both the lower and higher values away from the mid value, which appears not to be affected.

This is a quick drawing to explain the behavior: 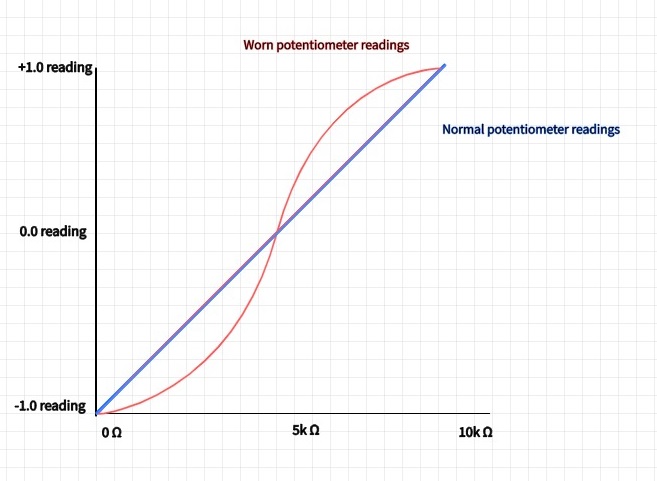 I'd like to know what could be the probable explanation of this behavior of an old potentiometer as a voltage divider; In other words, could the wearing effect actually change the thicknesses of the resistor hence its electric resistance, leading to change in voltage assessment. Or could the resistance of the old wiper is relatively higher or lower than that of the resistor, leading to such results?

Maybe the older pot just has a different electrical angle, nothing to do with wear.

Normally there's a region in the mechanical range of motion at either end where the resistance does not change much. The electrical angle, the more-or-less linear portion between those end bits, is less than the mechanical angle, but how much less can vary.

For example, this datasheet from Alpha specifies as follows: 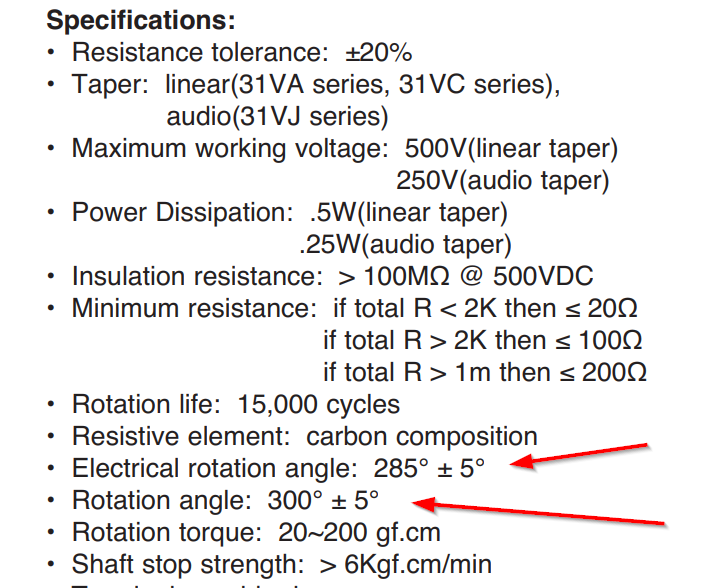 Edit: Assuming localized wear is the issue (see comments) then Bourns in their Potentiometer Handbook (1975) specifically comments that: 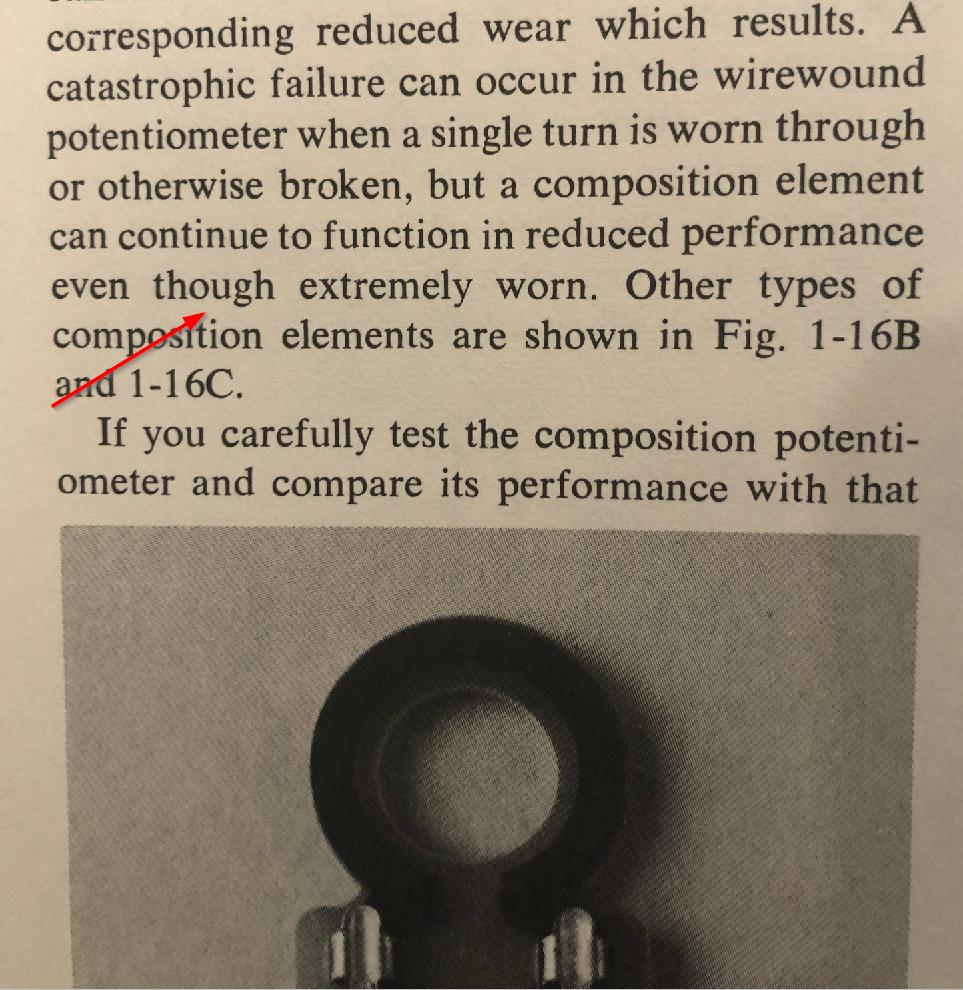 They do not provide information on the nature of the reduced performance. Servo pots that experience hunting about a single point tend to wear out that particular region of the element, as might be expected.

Not the answer you're looking for? Browse other questions tagged resistance current-measurement voltage-divider potentiometer trimmer or ask your own question.