The community reviewed whether to reopen this question last month and left it closed:

Original close reason(s) were not resolved

That's something I've seen in many places while talking about power supplies, but something I've never understood. At a very basic level, the current flowing through a load is inversely proportional to the load resistance. So how does a device rated at 50 mA only draw 50 mA from a 5V/1 amp power supply, and how does load resistance factor into it?

At a very basic level, the current flowing through a load is inversely proportional to the load resistance.

Not really. For some loads, where current and voltage are generally proportional to each other, we define its resistance as the ratio of voltage to current. Pure metal wires are like this. Other loads don't have this proportionality, like diodes, or plasma arcs.

Think of a 5 V 1 A power supply as a water tank 5 m above ground (the voltage), with a large enough pipe coming from it to be able to deliver 1 litre per second (the current capability).

If we connect a very thin pipe to it, then that pipe might only take 1 ml per second with 5 m head of water across it. A thicker pipe could draw 10 ml per second. The load pipe is drawing only the current it needs, not the maximum flow delivery possible from the tank.

Another way to look at this is to say that as you try to force more water through the pipe, the pressure across it increases. Once you are forcing 1 ml per second through it, the pressure difference has risen to 5 m head of water, where it equals the pressure available from the tank.

The flow through a pipe tends to be proportional to the pressure, so we would define a 'resistance' to it. Flow of water across a leaky weir is more like that of a current through a diode, little until some voltage is reached, and then increasing rapidly with every further small increase in voltage. You have to force an awful lot of water across a weir to get the pressure across it to rise significantly. 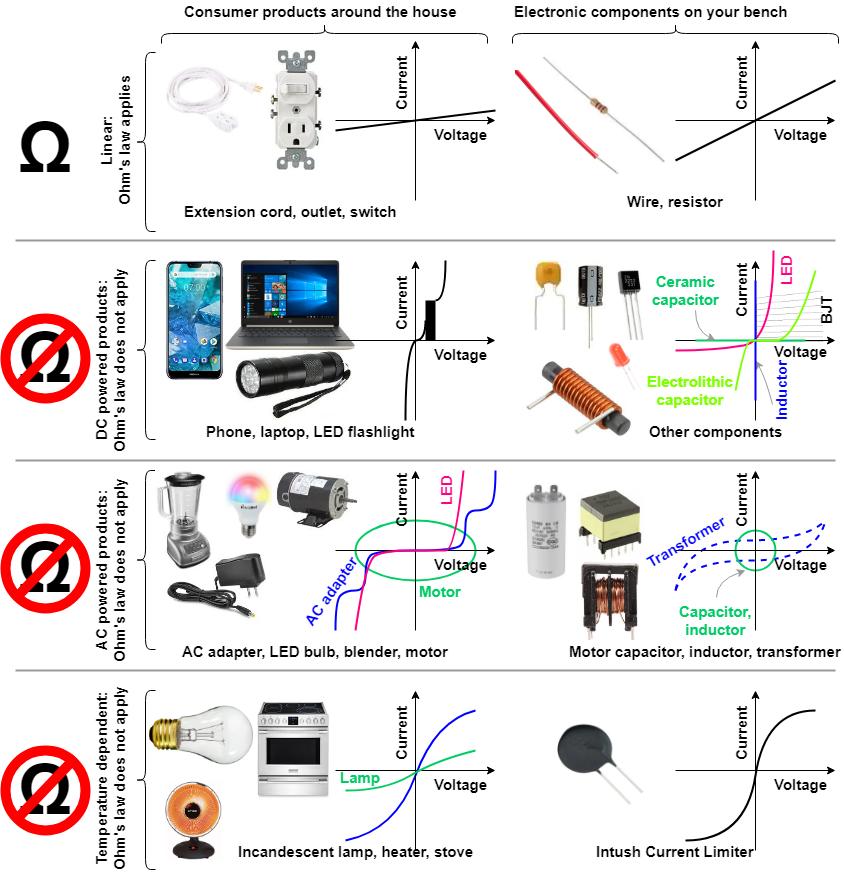 Same with a load: it takes what it wants.

how does load resistance factor into it?

It probably doesn't at all: a device rated for 50 mA is likely not a resistor. Hence, it doesn't have a "load resistance".

How does you bath not fill instantly you turn on the tap (infinite current) despite the fact the reservoir (PSU) could also fill all the baths in the street at the same time?

Why does your bath fill at a constant rate (if the pressure remains the same)?

Answer: That fill rate (current) is determined by the pressure (PSU voltage) and pipework (resistance) and is nothing to do with the capacity of the reservoir (PSU current rating)

29
When people talk about a device "drawing" current, what do they mean? Why do devices under load "draw" more current?
4
How can I tell if my power supply/regulator will accept backfed current?
1
what size cable for powering an LED sculpture?
0
Questions about current flow, power supplies, and floating/grounded loads
1
Linear Power Supply Transformer
0
Why can't I get transformer output as written on the label?
1
Amplifier power problems, power supply limitations, or end stage base current draw
0
Power Supplies Total Load