Follow up from a previous post about how to control a 5V supply to LEDs from a 3.3V logic GPIO on a Raspberry Pi Zero W.

Most responses recommended that I use a MOSFET / FET instead of a PN2222 transistor. I've done some research and this does indeed seem to be the better approach.

In reference to the data sheet for 2N7000 N-Channel Field Effect Transistor, there are a couple things I would like to clarify before wiring this up, to ensure I'm not going to cause smoke from over powering the FET:

I will also mention that I chose 2n7000 because it is available with pins. A surface mount won't work for my project.

Any other comments on my design are appreciated. 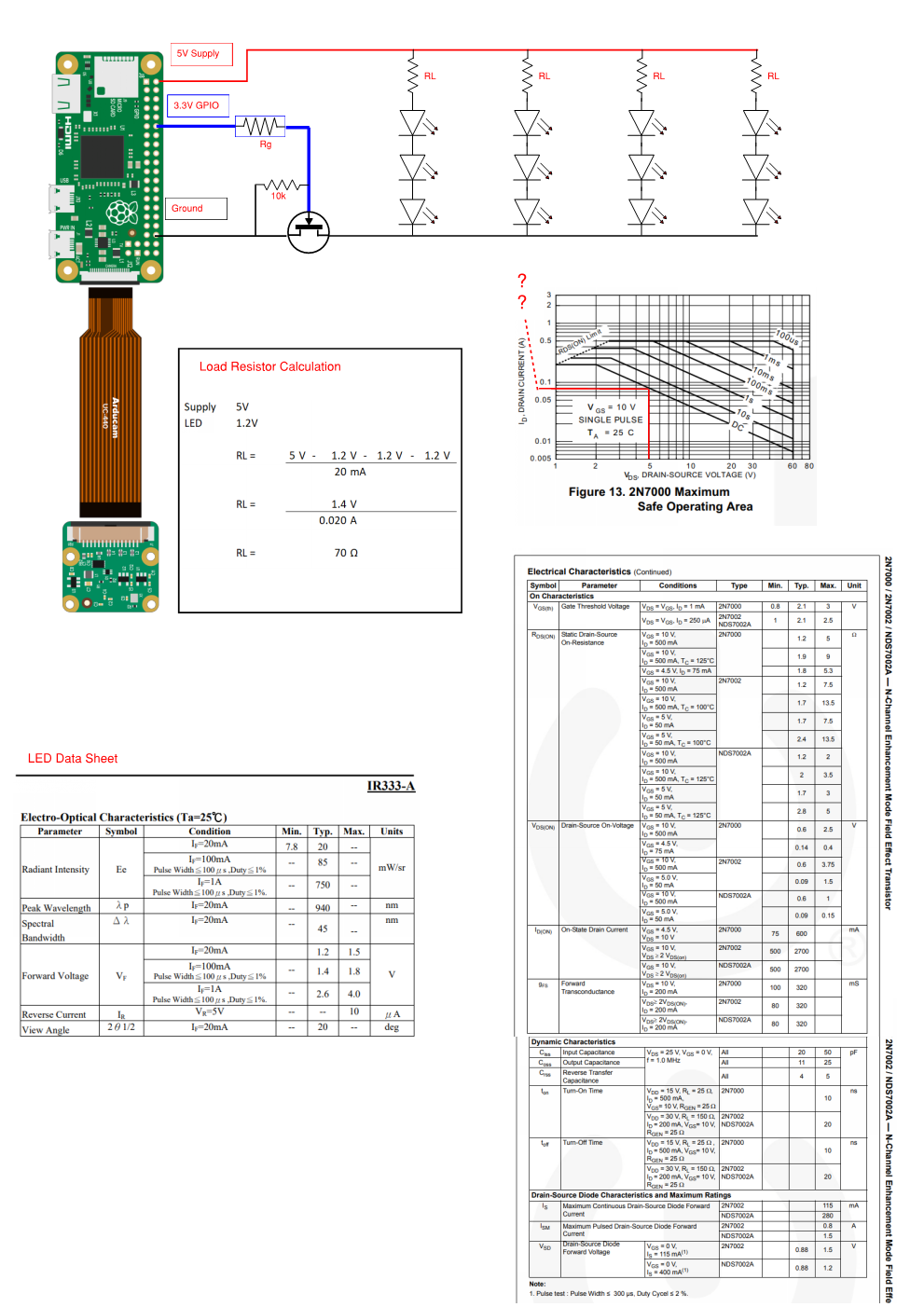 You don't need any resistor at all at Rg. You can drive the gate directly from the processor. Provided the FET turns on well it won't affect the current through the LEDs or the LED resistor calculation significantly.

However, the 2N7000 is not the ideal device to drive from 3.3v. 3.3v may not be enough to drive it enough into conduction for your needs.

The gate threshold voltage worst case is 3V, but that is not the voltage for full conduction, that is only to pass 1mA. It really needs 5V to turn on well as can be seen from this datasheet graph: 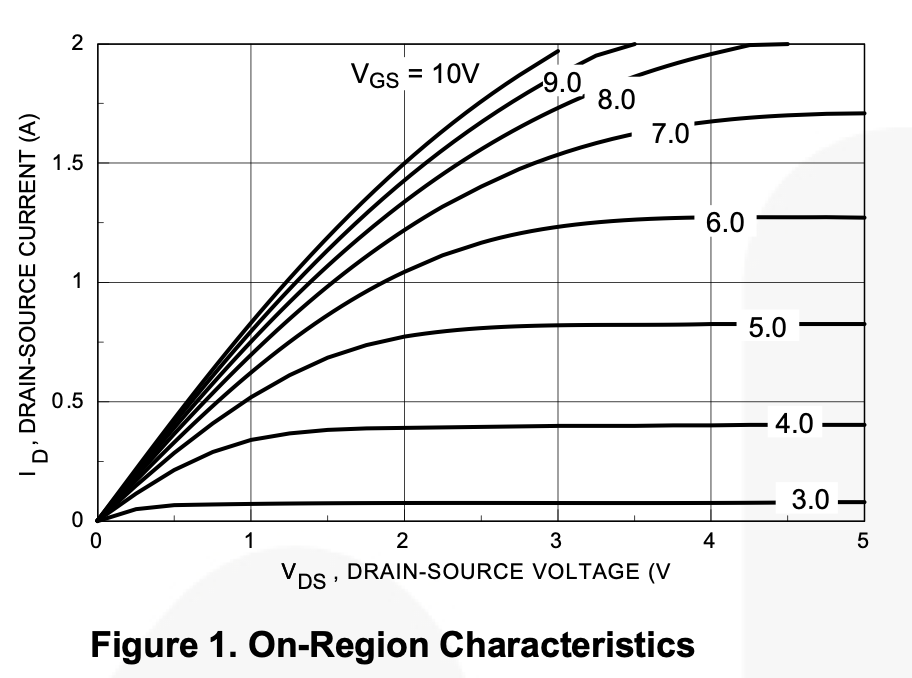 You are misinterpreting the SOA plot. The voltage across the device should only be a few hundred millivolts while conducting and 80mA is no problem.

Actually, for this application, I would use a bipolar transistor (such as a PN2222). I would use a drive it with 5-10mA of bias current with (that would be good for a collector current of 80mA), for example, a 470-ohm resistor. The GPIO can easily drive that.

Why are you using so many LEDs?

If it is for pulse duty such as remote control the duty cycle is low and they can be driven at a higher current.

For continuous duty it looks like 20mA is the maximum.

Also in your calculation for the LED series resistor you have not taken into account the voltage drop of the 2N7000 (or PN2222). That will reduce the resistor value. Actually because of device variations, I would not recommend using more than 2 LEDs in series from a 5V supply. That will allow a higher value resistor with less variation due to the LED.

You got the LED resistor calculations correct.

Not the answer you're looking for? Browse other questions tagged mosfet led raspberry-pi fet or ask your own question.