How do bicolor LEDs switch colors?

On the driver side we have AC 240V rectified using an MB10S, with a SMD component (most likely a capacitor) connected in parallel at the DC output. This DC voltage is then supplied to the LEDs.

I also see a pair of wires taken from the positive DC terminal which are eventually shorted at the terminal LED. I suppose this was done for redundancy purpose considering how fragile these connections are.

What makes the LEDs switch color?

I suppose that two pin bicolor LED need switching polarity to blink different colors. If so, then which element in the circuit is performing the polarity switch? 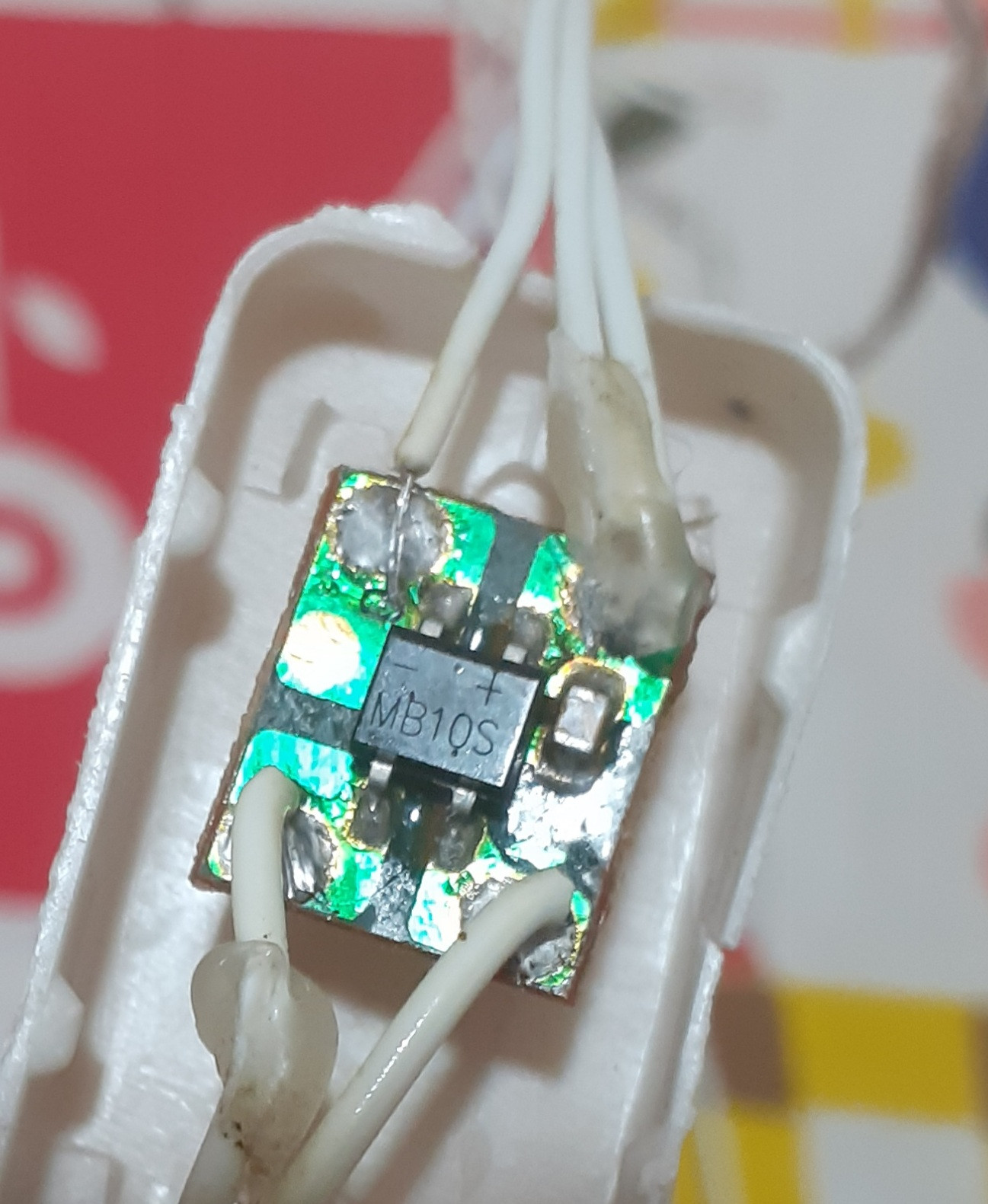 There is an IC in each LED capsule to do the blinking and color change along with the actual LED chips.

No switch of voltages goes on in the “power supply”, just DC out, most probably 5 V.

Datasheet link to one such LED: https://resources.kitronik.co.uk/pdf/3527-colour-changing-5mm-diffused-led-750mcd.pdf

Better datasheet with more explanation and an image from it: https://www.lc-led.com/products/b500rgb4h.html 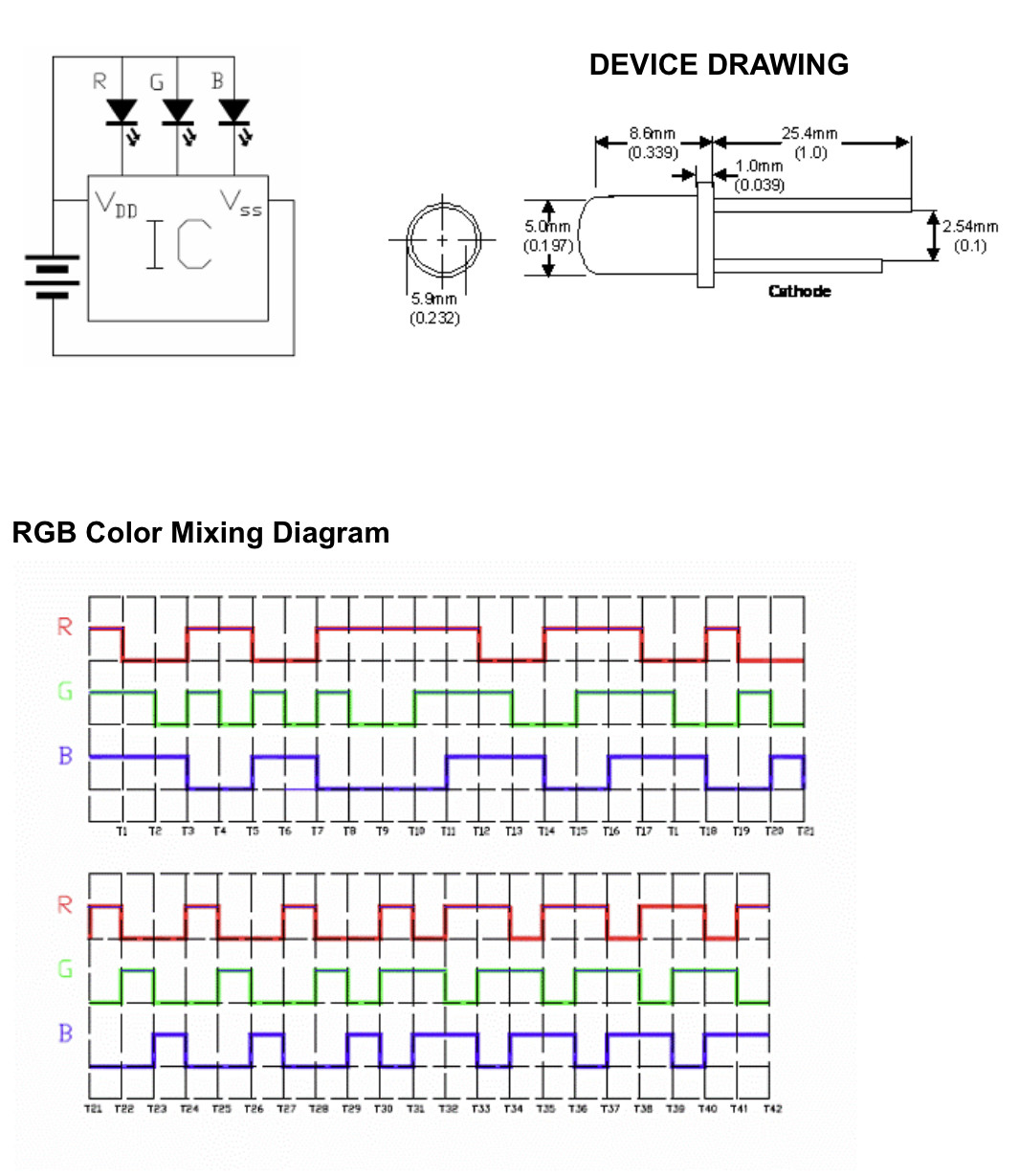 Since the LEDs do not all change colour at the same time, it is likely that each LED has a colour-switching circuit built into it.

You could test this hypothesis by taking one LED out of the circuit and trying to power it separately. I would try with a constant voltage, slowly increasing the voltage until it reaches its normal brightness, with a resistor in series just to hedge your bets in case it actually wants constant current. If it flashes by itself when you power it, that confirms the hypothesis.

Since LEDs do not run on 340V (rectified 240V), there must be many LEDs in series, and probably many of these series strings in parallel. I can see there are 3 wires, which supports this hypothesis. It could be that one of the parallel wires is the start of a series string, and the other one goes to the start of the second string. Or they could just be in parallel because the whole thing is made with 3 wires and they had to put the 3rd wire somewhere for this short section.

The chip you show is a simple bridge rectifier from Diodes Inc. https://www.diodes.com/assets/Datasheets/MB10S.pdf

As others have said, each LED likely has a controller and running independently from all other LEDs on the circuit.

Not the answer you're looking for? Browse other questions tagged led led-strip bridge-rectifier color or ask your own question.