No inherent amplitude loss for AC across a capacitor, right? [closed]

Original close reason(s) were not resolved

This is a bad question unless "misconceptions in learning" is a topic that people here would like. The topic of common misconceptions is pretty common here, and often appears in questions or answers. Feel free to close or delete, or whatever those with moderator privileges feel like, I already had the question resolved for myself. If so, maybe you could create the tag "learning-errors" and add it to this question, I can't because I lack 300 reputation.

I have learned about high-pass and low-pass RC filters. Initially, it seemed like loss of amplitude was inherent to AC passing a capacitor, in the same way that it is with phase shift. But this isn't the case, right? Amplitude loss is instead caused by combination of a resistor and capacitor. Is there no inherent loss of amplitude for AC passing through a capacitor in itself (as in a circuit with just a capacitor)? If anyone needs a schematic of the circuit just described, a circuit with just a capacitor, here it is:

(5 or so people actually requested that one be added because it was apparently impossible to understand otherwise. )

The context that the "inherent amplitude loss" meme was presented, was alongside an inherent effect that is actually true, the 90° phase shift inherent to capacitors when using AC. In AC, "the current leads the voltage by 90°", under some ideal conditions. I managed to pick up that the amplitude loss in RC filters and such, was also inherent to capacitor, which is false. To be clear on it, I asked here. As stated, this is a dumb question, because it is not about something that is right, but about something that is wrong. I pointed that out in the beginning of the question so that no one got taken by surprise on that. 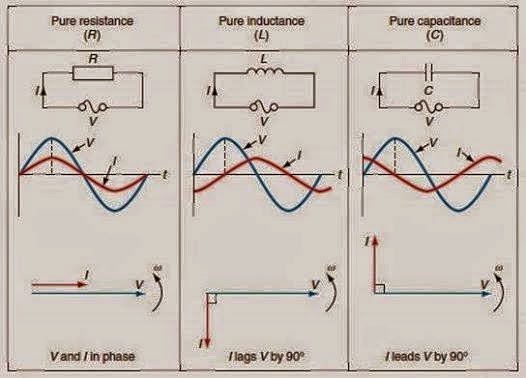 My suggestion to this community, if this question is to be redeemed, is to add the tag "learning-errors", tag it with that. But I don't know if electricalengineering stack exchange wants to focus on that topic, I just know that it is often brought up in different questions and answers. Or leave it closed, who cares.

To give some credit to my claim that this might be a common "learning-error", I just saw the quote "reactive circuit elements always introduce phase shift in addition to amplitude effect" (source), and it sure seems to suggest capacitors, as a reactive element, would have an inherent amplitude effect, which they do not in a "pure capacitance" circuit if I understand right. So it is possible although maybe hard to see that it might be reasonable that beginners might interpret that in the way I did. Semantically, "always introduce amplitude effects" can easily be interpreted to mean what it actually means, and I asked because I wanted to be clear that this claim was false, which it is. There is no inherent amplitude loss for AC across a capacitor.

A schematic is better than words - no matter how simple it is.

Figure 1. As far as V1 is concerned the loads presented by C1-R1 and R2-C2 are identical.

The circuit of R2-C2 should make it intuitively obvious that there will be a phase shift due to the charging of C2 via R2 and that it will lag V1.

Components which have two terminals, and which are linear have an impedance. The impedance is the (phasor) ratio between the current through the component and the voltage drop across the component.

Capacitors, like resistors and inductors, have impedances, and those impedances depend upon frequencies.

It depends how you want to think of it.

If you have a high pass RC filter, and feed it high frequency sine wave, impedance of capacitor is near zero so there is no voltage loss over capacitor since it is so small compared to resistor.

If you feed the same filter with low frequency sine wave, impedance of capacitor is not zero so it is a voltage divider with the resistor so amplitude is smaller as there will be voltage drop over the capacitor.

On the other hand, if you put an ideal AC source over an ideal capacitance, the voltage of the capacitance is always at same voltage and phase with the source, it's just that neither exist in the real world.

Not the answer you're looking for? Browse other questions tagged capacitor ac or ask your own question.